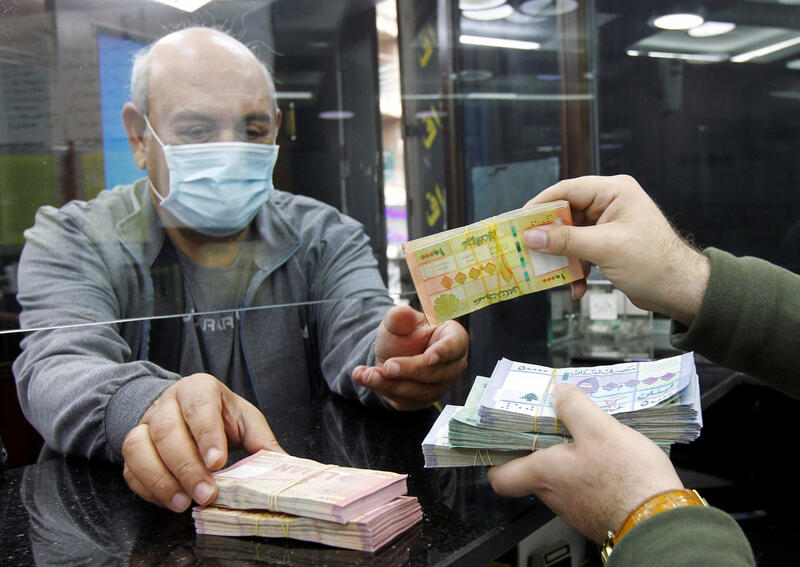 Canary in the Levant. Lebanon entered the year suffering from political, banking, financial and economic crises. Its Covid-19 lockdown has exacerbated the situation. The Lebanese pound’s unofficial rate has recently been around 4,000 to the dollar, up from roughly 2,600 in early March, Reuters reported. So inflation is expected to skyrocket, even with the economy likely to shrink by 12%, according to the International Monetary Fund. No wonder that violent protests – resulting in at least one death – have broken out again. Much of the ire is focused on banks.

Lebanon’s problems are unique. But a version of its extreme economic hardship will be felt across the globe as the second quarter’s historic contraction pummels economies. Developed markets can soothe some of the pain with stimulus, though are already facing pushback. The limited fiscal capacity of less developed countries could yield more unrest. Lebanon’s protests are unlikely to be the last. (By Anna Szymanski)

No good deed goes unpunished. 3M is selling more respirators and masks to help contain Covid-19, but it’s still hurting from drops in transportation and consumer goods. The $90 billion company reported $8.1 billion in net sales and adjusted earnings of $1.3 billion, beating analysts’ estimates, according to Refinitiv. While the company’s like-for-like sales grew just 0.3%, respirators contributed a whole percentage point, worth $100 million. They’re expected to contribute even more in the second quarter, the company said on Tuesday.

That’s not enough to offset falling sales of other things 3M makes, ranging from Post-it notes to auto parts. And even though the company is providing an essential product for front-line medical workers, it has not raised prices. 3M is facing just as much uncertainty as other companies: it withdrew its full-year forecast, suspended its share repurchase program and cut costs. 3M may make one of the most in-demand goods on the planet, but being a conglomerate means taking the rough with the smooth. (By Amanda Gomez)

Printer bid ends with a raspberry. Xerox’s bold – and failed – hostile takeover attempt on $21 billion rival HP has left scars of the emotional and accounting kind. After a bruising battle that ended in March as both businesses turned their focus to the Covid-19 pandemic, Xerox on Tuesday reported its first quarterly loss in 10 years, tipped ever so slightly into the red by $17 million paid to lawyers and other deal advisers.

That pales next to the other impacts of the disease on Xerox’s business. Clearly, demand for copiers and printers isn’t what it was. But the company also had to take a $74 million bad-debt charge in the quarter in anticipation of customers failing to pay what’s due – more than it has set aside in any full year since 2013. Xerox has plenty on its plate. It’s a good thing it’s not also pursuing the acrimonious acquisition of a company now six times its value. (By John Foley)

Notable by omission. European Commission Executive Vice-President Valdis Dombrovskis on Tuesday unveiled some “quick fixes” to encourage banks to lend to virus-hit firms and households. They needn’t set aside a shedload of capital when they grant borrowers a pandemic payment holiday, he said. Nor do they have to treat state-guaranteed credit as punitively as normal credit when provisioning for non-performing loans.

Yet he failed to allow sovereign debt to be excluded from the most basic calculation of balance-sheet strength, the leverage ratio. The Federal Reserve has given U.S. banks that concession until March 2021, effectively encouraging them to load up on Treasuries. Europe’s restraint is laudable. European supervisors already allowed banks to breach their leverage ratios, so extra help would be overkill. Given Italian and Spanish bonds are riskier than U.S. Treasuries, which are the benchmark for the world, it’s appropriate that banks have to account for that. (By Liam Proud)

Excess for Exor. Of all the companies going into the Great Lockdown, the Agnelli family’s investment vehicle should have been one of the least to worry about having enough cash. Exor in early March agreed to sell PartnerRe for $9 billion to French insurer Covea. And the pending merger of Fiat Chrysler Automobiles with Peugeot promised 5.5 billion euros of dividends to shareholders, of which Exor is the largest. So Exor’s 500 million euro sale of 10-year bonds this week raised a few eyebrows.

But as with all best-laid plans, life gets in the way. Though Covea has signed on the dotted line, there are still a few formalities to be ironed out before the money arrives. And while the FCA-Peugeot deal makes even more industrial sense post-pandemic, the car industry’s ructions will put big dividends off for some time. Grabbing some cash now makes sense – and to pay just 2.25% is arguably a show of strength. (By Rob Cox)

Self-Reliance. Mukesh Ambani isn’t letting a pandemic mess with plans for $120 billion Reliance Industries. Having just welcomed a $6 billion investment from Facebook into its digital business, the retail-to-oil conglomerate is mulling a rights issue of unspecified size. Any deal will come from a position of strength. Reliance shares have outperformed the benchmark Nifty 50 index by 30 percentage points since India went into lockdown. And an issuance would be a huge vote of confidence in the company from Ambani himself – the tycoon and related entities own about half the stock.

The announcement suggests a deal with Saudi Aramco is on hold: the oil giant last year sketched out plans to pay $15 billion for 20% of the Indian group’s oil-to-chemicals division. That deal was the foundation for Ambani’s pre-Covid-19 promise to slash net debt to zero by March 2021. The rights issue will stop Ambani from going too far off track. (By Una Galani)

Empty trolleys. Marks and Spencer has missed out on the Covid-19 grocery binge. The British supermarket chain that specialises in freshly made sandwiches and pricey ready meals said on Tuesday that its food business was “adversely affected” by the lockdown. Unlike peers J Sainsbury and Tesco, which have enjoyed record sales, M&S was let down by its city-centre stores and cafés. The beleaguered clothes business is a bigger concern. Chief Executive Steve Rowe is stress-testing the business for “materially subdued trading” for the rest of 2020. It’s little wonder that the company’s shares are down 57% since the beginning of the year, whereas those of Tesco are only down 9%.

The only bright spot in Tuesday’s statement is that the group’s banks are being lenient.  They have provided an extra 1.1 billion pounds through a revolving credit facility and relaxed or removed debt covenants until September 2021. That gives Rowe a little time to find a long-term fix for the struggling retailer. (By Aimee Donnellan)

Clear as mud. Wirecard’s Chief Executive Markus Braun, also the German payments group’s biggest shareholder with 7%, presumably hoped to reassure his fellow investors on Tuesday morning. The company said that an investigation by auditors KPMG had found no evidence of “balance sheet forgery”, and that none of the four main areas of the report had turned up a reason to adjust its financial accounts between 2016 and 2018.

It’s unlikely to put the matter to bed. KPMG’s findings, published in German, are heavily caveated and cite a lack of willingness to cooperate on the part of Wirecard’s third-party partners. Those businesses were central to allegations of suspect accounting made by the Financial Times, which Wirecard has always denied. Investors were hoping for a full rebuttal of the claims. A 15% share-price fall after the report’s release suggests they’re understandably disappointed. (By Liam Proud)