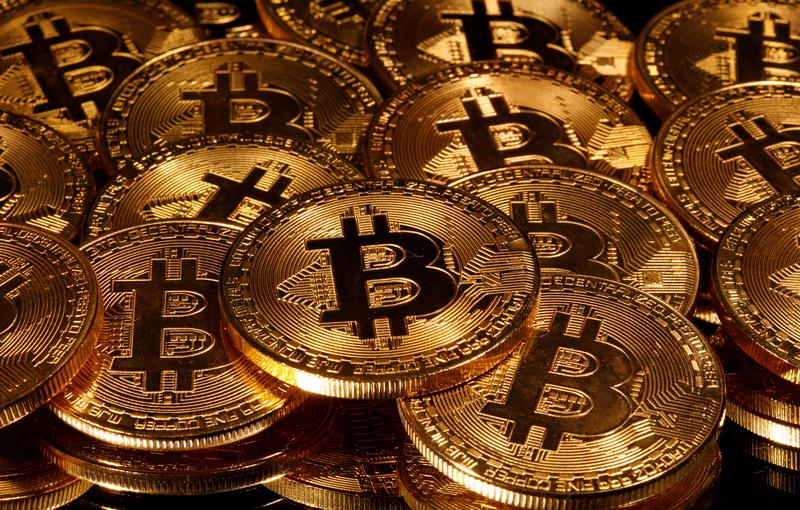 Coin toss. Unforeseen side effects of the Covid-19 pandemic include a firmer belief on the part of investors in the potential of bitcoin. From the research arm of investment manager Alliance Bernstein to hedge fund mogul Paul Tudor Jones, new adherents are popping up. The digital currency’s price on Monday hit a new record of just under $20,000.

The rising value of bitcoin is the flipside of rising government deficits. Its strictly limited supply means it isn’t susceptible to inflationary meddling by central banks or profligate governments. As bitcoin reached an all-time high, the U.S. dollar fell to a more than 2.5-year low.

Skeptics will point to the last time bitcoin was near these levels in 2017. Six months later its value had crashed by two-thirds. This time something really is different: as well as those rising deficits, more institutions are dabbling. But one thing that hasn’t changed is that bitcoin has no inherent value and no politicians motivated to prop it up should it again collapse. Cryptocurrencies are no safe haven. (By John Foley)

The loneliest number. Wanderlust is mounting Covid-19 cases rise worldwide, and the U.S. Centers for Disease Control and Prevention advises against getting out and about. But investment firm Red Ventures is betting that travel-related media consumption will come back. The company that also owns The Points Guy has bought Lonely Planet, the online guide for travel information, for an undisclosed sum.

Red Ventures’ Chief Executive Ric Elias said the industry was going through an “unprecedented downturn.” That’s true, but not all travel-related businesses are suffering. On Tuesday, Airbnb said it was aiming for a $30 billion valuation in its initial public offering, a big jump from its early-pandemic lulls. True, airline earnings have been demolished, but Airbnb shows that there is still appetite for land-based adventures.

Whether there’s room for Lonely Planet is another question. The internet has made its print guides largely redundant. The writing was already on the wall when the BBC, which bought Lonely Planet for $200 million in 2007, sold it to Tennessee-based investor NC2 Media for around one-third that amount in 2013. The market for travel information is anything but lonely, and that’s the problem. (By Lauren Silva Laughlin)

Topps of the heap. Steven Cohen, the hedge fund billionaire and newly minted New York Mets owner, is now buying into the business of authenticating sports and other memorabilia and collectibles. Alongside entrepreneur Nat Turner and D1 Capital Partners, he is using his private capital to take Collectors Universe private for roughly $700 million. It’s no steal. The financial heavy hitters said on Monday they’re paying a 30% premium to the company’s 60-day average valuation, and its stock has more than tripled this year.

The share-price runup – and future potential – owe something to homebound hobbyists sending the value of collectibles soaring. Sports trading cards prices were increasing even before lockdowns. But virtual auctions have since boomed, especially for the priciest finds, according to ESPN. A rare card signed by baseball superstar Mike Trout went for $3.9 million in August – the highest price ever. But like the gum that used to come with baseball cards, market bubbles have been known to pop. (By Anna Szymanski)

FIGgy pudding. Financial institutions’ bankers are munching their way through an early Christmas feast. Announced deals targeting lenders, insurers, asset managers and other groups in the sector surpassed $52 billion last month, Refinitiv said on Tuesday. That represented 15.1% of the global total, an uptick from the 10.6% average over the past five years. Notable deals include PNC Financial Services’ acquisition of BBVA’s U.S. assets, and a joint bid for British insurer RSA Insurance by Danish and Canadian peers Tryg and Intact Financial.

The mini-boom looks sustainable. For starters, lower-for-longer interest rates exacerbated by the pandemic will continue to pile pressure on banks and insurers, making cost-savings mergers one of the few ways to boost returns. And the ongoing shift to passive investing is eating into asset-management revenue, which will force more of them together. That means FIG bankers, at least, don’t need to worry about fees. (By Liam Proud)

Unyielding. Bond investors’ reluctance to grant impoverished countries virus-related relief may backfire. Of 73 poor countries qualifying for the G20’s Debt Service Suspension Initiative (DSSI), some 29 have not signed up, according to S&P Global Ratings. Countries like Nigeria and Kenya feared that the benefits of repayment holidays from bilateral creditors like France or Britain might be outweighed by the indirect cost of bond markets seeing it as a sign of weakness, and charging higher interest rates. One reason is that private investors refused to participate in the programme.

By eschewing official relief, countries may be digging themselves into a deeper hole. Under the DSSI, for instance, Mozambique and Angola would have cut their interest bill by 2% of GDP. With the latter’s annual debt service payments consuming over a third of the government’s budget, it needs all the help it can get. A softer line from private creditors might have reduced the chances of a Zambia-style default. (By Ed Cropley)

Exx-growth. Exxon Mobil has joined the oil-major impairment party. The $161 billion U.S. driller is writing down the value of gas assets by $17 billion to $20 billion, its biggest ever impairment. That’s in the same ballpark as fellow strugglers Royal Dutch Shell and BP, who took the red pen to their balance sheet values in the summer.

After the coronavirus smashed oil demand, smelling the coffee on lower prices makes sense. But the write-downs will hike Exxon’s leverage. The company’s historical valuation superiority on a price to book basis is also now a distant memory. Exxon’s best hope is that current low levels of investment will mean reduced oil supply in the future, helping prices snap back. Absent a sudden conversion to renewable energy, it needs them to. (By George Hay)

Home advantage. Nomura may let employees keep working from home post-pandemic. The bank could ask staff in Japan to spend a minimum of 40% of their hours on site, Chief Executive Kentaro Okuda said on Tuesday. That would reduce the need for expensive office space. But the idea has its downsides for both employers and employees.

Okuda’s counterpart at Bank of America, Brian Moynihan, says he thinks his team works better together on the trading floor. Nomura’s brokerage arm has profited from pandemic-related volatility, as have most rivals, but it’s nothing to take for granted. Fees from investment banking fell by nearly a quarter in the six months ending in September. The Japanese firm faces a human resource challenge too: tiny Tokyo apartments and a workaholic culture could make the offer unattractive to Japan’s salarymen. For investors, the ultimate test will be the impact on the bottom line. (By Katrina Hamlin)

Falling behind the Joneses. Rishi Sunak’s efforts to bolster Britain’s housing market may have some painful fiscal consequences. The UK chancellor’s emergency tax breaks for homebuyers, which are due to expire in March, helped push up average prices by 6.5% year-on-year last month, the most in nearly six years, according to mortgage lender Nationwide. However, many buyers appear to be relatively well-off households using home-working savings to upgrade their pads.

That presents Sunak with a potential opportunity, and owners with a potential problem. Before the crisis, soaring property prices, especially around London, were a key reason for the regional inequality that Prime Minister Boris Johnson promised to tackle. Weak growth and mass layoffs from Covid-19 will twist the knife. Next year Sunak will need to raise taxes to start addressing the 400 billion pounds Britain borrowed this year. If rich homeowners become a target, property and wealth taxes and even work-from-home levies may heave into view. (By Ed Cropley)