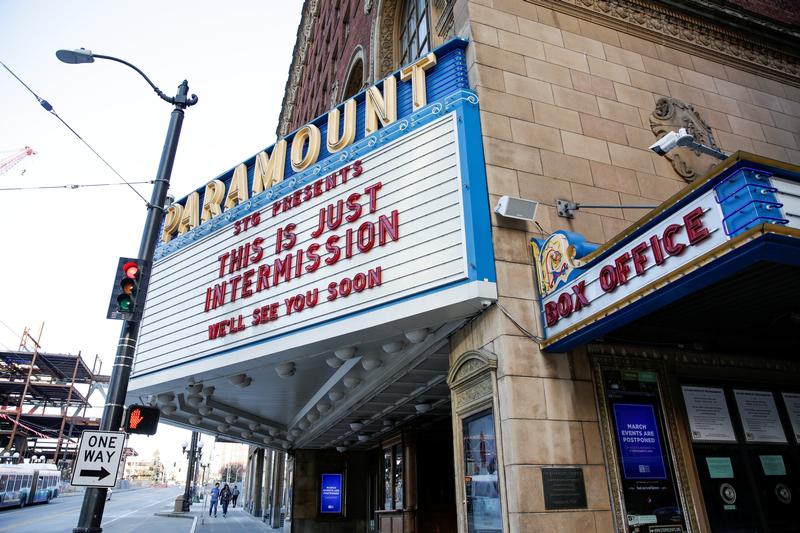 “Fright Night.” Vaccines may be right around the corner, but movie theaters will feel the jab much longer. Warner Bros said on Dec. 3 it will release its 2021 film slate including “Godzilla vs. Kong” on parent AT&T’s streaming service HBO Max the same day it puts them in theaters. It’s a big blow to chains like AMC Entertainment, which depend on opening box office weekends to rake in money.

The decision can be deciphered in two ways. It signals doubt people will rush back to the movies anytime soon. But perhaps more telling, it says that AT&T wants to reserve its content to help boost its streaming efforts. During the third quarter, 29 million customers had access to HBO Max and 9 million of those customers “activated” the service.

Ann Sarnoff, chief executive of WarnerMedia Studios, said it was a one-year plan. But if the script is a hit, it may spawn several sequels unwanted by exhibitors. (By Jennifer Saba)

K street. The decline in U.S. advertising spending this year will likely be not as bad as originally feared. A new forecast from GroupM, the media arm of ad giant WPP, believes advertising will fall 9% to about $215 billion rather than the 13% predicted in June. Throw in political campaigns and the picture looks even better with a decline of 4%. The pandemic has pushed small businesses to advertise online who otherwise might not have – presumably because real-world customers are harder to come by.

The recovery though will be K-shaped – one part going up while another goes down. Digital advertising is expected to rise 5% partly on the strong third-quarter performances of Alphabet’s Google, Facebook and Amazon.com, and could next year represent 55% of all ad spending. The outlook is grim for print, though: a 20% decline for magazines and a 30% drop for newspapers. Combined, they’re unlikely to top $10 billion in ad spend, versus a peak of more than $90 billion more than a decade ago. With regulators already concerned about the dominance of technology firms, these figures could strengthen their hand. (By Jennifer Saba)

Ghost rider. Brooks Running, the Berkshire Hathaway-owned sports shoe and apparel company, could see its 2020 revenue jump 27% versus 2019, with $1 billion in sales possible next year. While runners weren’t able to compete in races like the Boston Marathon this year, the company gained 1.6 million new runners, chief executive Jim Weber highlighted this week. Free time and closed gyms may have pushed many stir-crazy people to lace up.

Like many Warren Buffett-approved firms, Brooks has brand power. In a 2020 Running USA survey, it was voted the top running shoe brand by a wide margin. That may be why the Seattle-based company posted an almost 50% year-over-year sales spike in the third quarter, while revenue at Adidas and Asics dropped. These firms also aren’t pure plays on running. Brooks may not be able to keep up this rapid pace, but pent-up demand for racing next year suggests it could still hit a PR. (By Anna Szymanski)

How do I look? The Zoom boom has been a godsend for the United Kingdom’s cosmetic industry, as flourishing videoconference insecurity leads to a surge in nip and tuck procedures, according to research by care data analysts LaingBuisson. While surgical interventions such as liposuction and breast augmentation were down in the months to August, interest in less invasive “tweakments” – including Botox, laser treatment and “plumpers” – has already returned to pre-Covid levels, when the industry had estimated annual sales of around 3 billion pounds.

Plastic surgery is reckoned to pull in only about a tenth of that, although industry professionals point to a steep rise in male hair restoration as homebound executives fret about their receding manes. The upswing has prompted the British Association of Aesthetic Plastic Surgeons to warn about unscrupulous practices. But that hasn’t put patients off: BAAPS recently reported a doubling of demand for consultations during lockdown. As your cosmetic provider might say, the camera never lies. (By Christopher Thompson)

Bucking the trend. Old-fashioned high street footfall may carry Primark through the pandemic. Autumn store closures at the low-end fashion chain will cost it 430 million pounds, worse than the 375 million pound hit it had predicted, its parent Associated British Foods said on Friday. Yet the emergence of  “phenomenal” sales as soon as countries including Britain and France lifted their latest lockdowns makes it confident it can grow annual sales and adjusted operating profit in the year to September 2021.

Primark’s resilience is somewhat surprising: the retailer doesn’t rely on online sales, helpful to cushion the blow of store closures. And yet it has fared better than rivals such as Topshop, whose owner Arcadia collapsed this week. Extending opening times to 24 hours a day in some stores during the busy Christmas season, as Primark has done, will further help. (By Dasha Afanasieva)

Crossed wires. Covid-19 has slowed economic activity and energy consumption, but the planet might still be worse off when it comes to carbon emissions. According to a report released by the International Energy Agency on Thursday, global investments in energy-efficient buildings, equipment and vehicles, vital to achieving long-term sustainable development goals, could contract by almost 10% this year.

Policymakers are trying to reverse that trend. From South Korea to the United Kingdom and the United States, they are planning a greener economy to support recovery. As of September, about 30% of the $12 trillion in fiscal stimulus announced targets sectors that impact the environment, estimates the World Resources Institute. That’s laudable, but it may not be enough to fill the gap: transitioning to a low-carbon economy will require at least $3 trillion to $5 trillion a year over the next three decades, according to the Global Financial Markets Association and Boston Consulting. (By Katrina Hamlin)

A message that reads "This is just intermission, we'll see you soon" is pictured on the marquee of Paramount Theater during the outbreak of coronavirus disease (COVID-19) in Seattle, Washington, U.S. March 20, 2020.