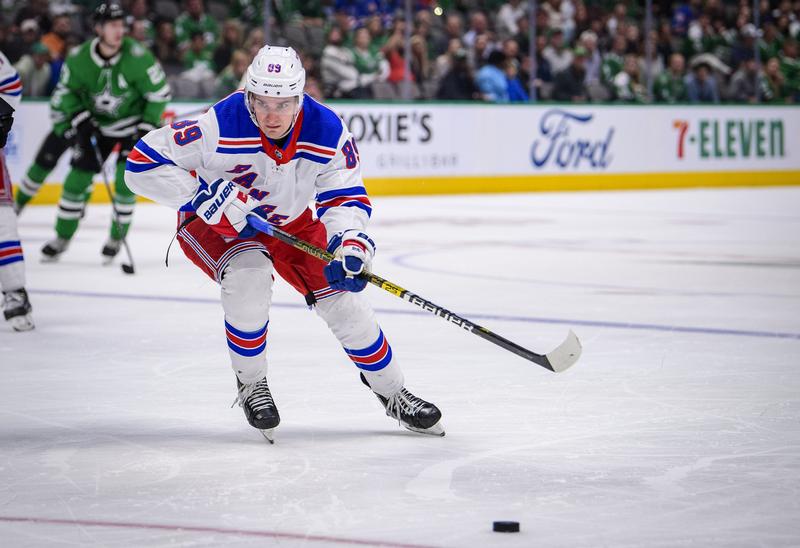 On the fly. Professional hockey players are keeping the fisticuffs inside the ice rink. The National Hockey League and the NHL Players’ Association not only ratified their season restart plan on Friday, they also announced a four-year labor agreement extension. A major concern was so-called escrow – the percentage of players’ salaries withheld to preserve the 50-50 revenue split between the league and the players – especially considering Covid-19’s massive hit to cash flow. Indeed, ESPN reported in June that players had been worried up to 35% could be held back. They ended up with a deal capping this at 20% for the upcoming season.

Major League Baseball could learn from this game plan. The sluggers spent months in contentious negotiations with their league only to end up with the same deal hammered out in March. NHL players used to have a similarly frosty relationship with owners – but both sides have learned public squabbles rarely pay off. Icemen are now pretty good at keeping their cool. (By Anna Szymanski)

Productivity perks. Nomura analysts reckon they found a silver lining to Covid-19. They expect the pandemic to force rapid advances in technology which will eventually reverse the global decline in productivity growth. The Japanese investment bank expects companies, particularly those forced to adapt to sharply slowing sales, to exploit new technology or seek new sources of revenue. One example: in Japan, working from home will require more precise job descriptions, and so make workers more efficient, Nomura says.

There are caveats. The economic shocks from previous pandemics have tended to make economies less efficient, Nomura acknowledges, as companies cut back on investment. This time, the pull back from globalization will also damage trade and competition. Productivity grew less than 1% last year among the world’s 27 most developed economies, compared to around 4% a year in the 1960s, according to Conference Board and Nomura Economics. That steady decline, including after previous downturns, gives little reason to hope companies will be able to turn things around this time. (By Dasha Afanasieva)

Snack attack. PepsiCo’s snack division is benefitting from home cookin’. North American revenue for Quaker Foods and Frito-Lay were up 23% and 7%, respectively, while total net revenue fell about 3% to just under $16 billion, the company reported on Monday.

Chief Executive Ramon Laguarta said brands like Sabra hummus and Quaker oats are being incorporated into meals as more people eat at home. Meanwhile, its largest unit based on revenue, North American beverages, saw a 7% decline in sales. While the results may look upside-down now because of stay-at-home orders, PepsiCo is boosting its marketing of food brands, Laguarta said in a call with analysts.

The benefits are savory. Frito-Lay North America accounted for almost 27% of revenue in the quarter to June 13, but more than 50% of operating profits. Investors finally have something to munch on. (By Amanda Gomez)

Handy Andy. Barclays has put a number on the regulatory help recently advanced by Governor Andrew Bailey’s Bank of England. The UK bank said on Monday that its core Tier 1 ratio – the key metric of solvency – had jumped from 13.1% at the end of March to around 14% as of end-June. A leg-up from its supervisor helped.

As Covid-19 was hitting global economies in March, the BoE flagged that banks should take into consideration the “temporary nature” of the ensuing shock when calculating expected credit losses. This was a good idea because IFRS 9, a new international accounting standard, could otherwise have forced lenders to take upfront bad-debt charges for the whole lifetime of the loan if borrowers ran into trouble. The quid pro quo is that UK banks that are subsequently found not to have done all they can to support under-pressure companies should expect short shrift. (By George Hay)

Good body, bad M&A. Ireland’s 140-year-old stockbroker has struck out again. Bank of China has pulled out of a 155 million euro ($175 million) takeover of Goodbody Stockbrokers, citing pandemic-related uncertainties. The setback, about 18 months after an earlier deal with a Chinese consortium fell through, adds to a growing list of global M&A casualties as companies retreat from bids due to Covid-19.

Somewhat ironically, and unlike the global real economy, stocks are in relatively fine form: European indexes have been steadily gaining since the mid-March pandemic dip and the S&P 500 is back close to its pre-virus levels. But other parts of the business, which include corporate finance, may be more challenged. As barriers to Chinese investment go up in multiple countries, Goodbody’s pain suggests state enterprises of the People’s Republic are still being picky about what they buy. (By Jamie Lo)

Pandemic payback. British retailers appear to be passing up the offer of state handouts. Primark has announced it is shunning its share of UK Chancellor Rishi Sunak’s Jobs Retention bonus, which promises companies a payment of 1,000 pounds for each staff member brought back from government-subsidised furloughs. John Lewis is doing the same. The rebuffs are costly. Primark’s 30,000 furloughed employees mean it would have been entitled to 30 million pounds. John Lewis would have received 14 million pounds.

Such displays of corporate strength are not unique. Flatpack furniture giant IKEA has said it plans to reimburse governments for furlough payments. Companies may be hoping that giving up handouts will win them favour in future. But it may also be a sign of vulnerability. John Lewis has already shut eight stores, while Primark could suffer in a second pandemic wave. Having wiggle room to shed staff may be more valuable than government cash. (By Aimee Donnellan)

New York Rangers left wing Pavel Buchnevich in action during the game between the Rangers and the Stars at the American Airlines Center in Dallas on Mar. 10, 2020.