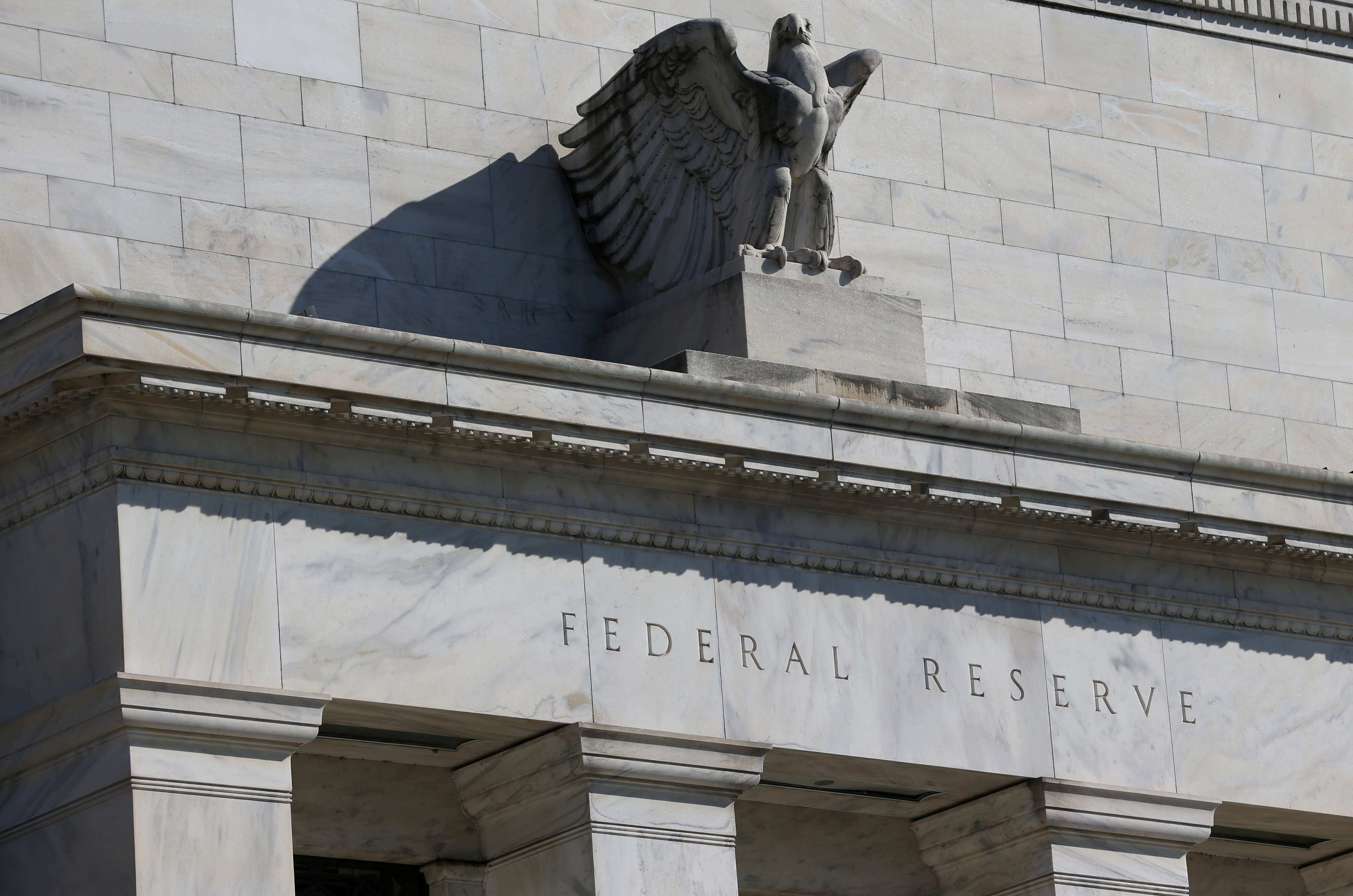 Powell dancing. Take any good news where you can get it. The Federal Reserve on Wednesday published slightly more optimistic economic forecasts, reflecting a sharper rebound from America’s Covid-19 doldrums than Chair Jay Powell and his colleagues expected three months ago. The U.S. central bank also made clear its near-zero policy interest rate isn’t going up any time soon. With the new tilt toward creating jobs as opposed to controlling inflation, it would take a surge in prices to trigger rate increases.

The Fed’s forecasters aren’t expecting to have anything to worry about as they put inflation targeting on the back burner. They see annual price increases barely topping the 2% level, never mind going higher, even in 2023. For now, this sanguine view will keep financial conditions supportive for people and businesses getting back on their feet – though Powell again said Congress probably needs to provide more stimulus, too. With an election fast approaching, that’s something to be less sanguine about. (By Richard Beales)

Sun stroke. TUI’s grim vacation plans have only got a little sunnier. Europe’s biggest package holiday company is planning to raise up to 1 billion euros from investors to help tide it over a pandemic-induced bookings slump, Handelsblatt reported on Wednesday. That will help Chief Executive Friedrich Joussen, who last month unveiled a quarterly pre-tax loss of 1.5 billion euros, ease the pressure on the company’s balance sheet.

Not by much though. Net debt of 5.9 billion euros at the end of June means the tour operator would still owe more than 4 times its projected EBITDA for 2021 after the cash call. And any capital raise, while hardly unexpected, will be highly dilutive for existing investors. The tourism industry’s uncertain prospects have knocked 70% off TUI’s shares so far this year, shrinking the company’s market value to a little over 2 billion euros. Joussen could use an autumn break. (By Christopher Thompson)

Moof on up. E-bike manufacturers are struggling to keep up with demand. At least there’s no shortage of venture capital. Dutch group VanMoof on Wednesday raised $40 million to boost production of its battery-assisted two-wheelers, which sell for around $2,000 each. The injection from Norwest Venture Partners, Felix Capital and Balderton Capital comes just four months after the company’s last fundraising.

Fear of Covid-19 has spurred urban commuters to seek alternatives to public transport, while big cities have built new cycle lanes. UK retailer Halfords last week reported a 230% jump in sales of electric bikes and scooters. VanMoof sold more bikes in the first four months of 2020 than in the previous two years. But rampant demand also means long wait times: VanMoof’s founders acknowledged they had “let too many of our riders down” and will invest in customer service. Venture funds can help deliver the jolt. (By Peter Thal Larsen)

Retail snails. Consumer spending is the U.S. economy’s lifeblood, and sluggish retail sales in August warn that not all is well. The Commerce Department said Wednesday they rose 0.6% compared to July. Moreover, July’s figure was revised down.

One reason is that about 30 million Americans are on some form of unemployment assistance, and benefits are running out or have been reduced. A $600 per week supplement for those who lost their job because of the pandemic lapsed in July and was replaced by a smaller amount in some states. But decreasing confidence could be an issue too.

With retail spending slowing, economic expansion leans heavily on the recovery of hard-hit services such as healthcare, travel and education. The hope is declining Covid-19 case counts will increase people’s spending on these activities. That’s not likely if there’s less cash in people’s pockets. (By Robert Cyran)

False start. The National Football League may wish to overturn the ruling on its first week. Sure, legendary quarterback Tom Brady suited up as a Tampa Bay Buccaneer for the first time on Sunday, and the Fox broadcast scored the highest opening weekend numbers in four years. But it wasn’t all good news.

The Sept. 10 opener featuring last year’s Super Bowl champs, the Kansas City Chiefs, began with the distasteful scene of fans booing during a moment of silence dedicated to the fight for equality. And ratings fell over 12% from 2019’s kick-off, a trend of double-digit declines that was repeated in many games through Monday on CBS, NBC and ESPN.

This may be because Covid-19 disrupted the normal sports calendar: Early NFL games now have to compete for eyeballs with many other major sports. Just as Brady may wish to take back those two interceptions he threw in Sunday’s loss, the league may want a do-over. (By Anna Szymanski)

Belt-tightening. Fast fashion’s thrift comes with a warning. Zara owner Inditex reassured investors by returning to profit in the three months to the end of July. Costs cuts helped as it slashed its operating expenses by 21%, helping to offset a 31% decline in revenue to 4.7 billion euros. The news, which follows similar positive results at H&M on Tuesday, lifted Inditex shares as much as 7% on Wednesday morning.

There may be darker days ahead. Inditex store sales are recovering and its online business is thriving. This, however, is likely to be temporary. Disposable income will fall as governments unwind furlough schemes and the full scale of the unemployment caused by lockdowns becomes clear. Finding new areas to slash may prove tricky, particularly if a second coronavirus wave pushes up safety costs. The fact that fast-fashion groups have managed to cut so deeply suggests they are already preparing for leaner times. (By Aimee Donnellan)

Stockholm syndrome. Handelsbanken’s famously decentralised, branch-based lending approach appears to have taken a knock: on Wednesday the $19 billion Swedish lender announced that it would shut nearly half its 380 domestic outlets in the wake of the pandemic to meet a cost target of 20 billion Swedish crowns by 2022, a reduction of 1.7 billion Swedish crowns from last year. Shareholders cheered the latest branch bloodbath, sending shares up 3%.

They are right to do so: hitting that goal would give Chief Executive Carina Akerstrom a peer-thrashing costs-to-income ratio of just 42%, according to Refinitiv data. It’s not all about savings, though. The bank is also ploughing more money into technology, and promising that the branches that are still standing will offer clients better access to specialist advice and operate with “an even greater degree of decision-making authority”. The 1,000 staff deemed superfluous will be less excited about their newfound autonomy. (By Christopher Thompson)

Turbulence ahead. Thomas Cook, the storied travel company that went into liquidation in September last year, is preparing to hit the road again. China’s Fosun Tourism is reviving the brand –  the collapse of which famously left hundreds of thousands of holidaymakers stranded – as an online-only service that will sell destinations on Britain’s safe travel corridor list.

The International Air Transport Association noted in August that European flights are still more than 50% below the comparable period in 2019, while passenger demand in Europe is not expected to reach 2019 levels until 2024. One of Thomas Cook’s biggest competitors, TUI, has had to secure aid from the German government. So Fosun’s timing might seem off, especially given that its other travel assets like Club Med aren’t exactly flourishing. But the Chinese conglomerate, which snapped up Thomas Cook’s brand assets in November 2019 for 11 million pounds, might as well put them to work and hope things turn around. (By Sharon Lam)