14 May 2020 By Breakingviews columnists 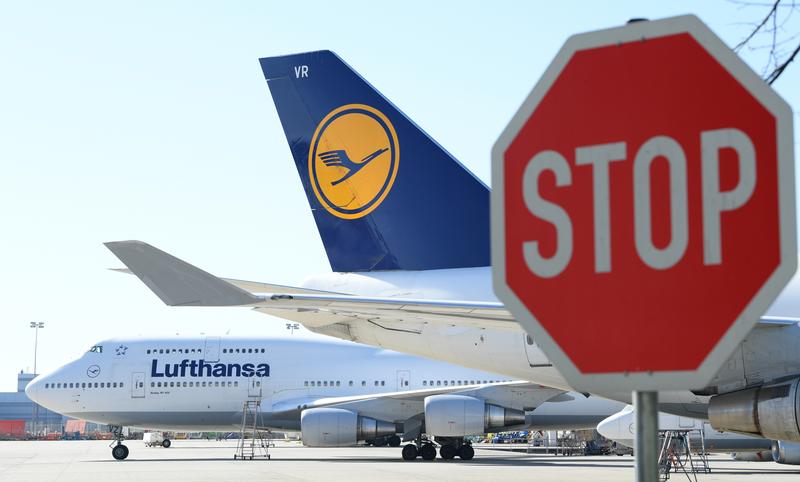 Expect extensive delays. Talk of a quick rebound doesn’t fly in aviation. The International Air Transport Association, a trade group, said on Wednesday it expects air traffic won’t rebound to last year’s level until 2023 at least. The travelers hitting transatlantic flights may take even longer. Other industry participants are equally pessimistic. Boeing’s Chief Executive David Calhoun warned on Tuesday that a major airline could go bankrupt this year and airline traffic may only rebound 50% by year’s end.

Aviation is a cyclical business familiar with sharp contractions, and a need for continued social distancing will reduce demand to fly. But travelers could be skittish even when the virus improves. With air travel down 90% in America and Europe, according to the IATA, it’s hard to think a pandemic-induced recession is just a quickly passing shower. Experienced hands’ warnings are to be heeded. (By Robert Cyran)

Cup of no. Starbucks has kicked off the dance with its landlords. The $86 billion Seattle-based coffee chain has demanded rent cuts starting on June 1 and extending 12 months, according to the Seattle Times. About half its U.S. stores are closed and sales are struggling even as it plans reopenings. Small wonder it is trying to squeeze costs.

The giant coffee purveyor isn’t a stranger to such disputes. In 2018 it reached a settlement with mall owner Simon Property when it closed its Teavana shops. With some 30,000 Starbucks outlets globally, more than a few real-estate owners will need to sharpen their negotiating tactics.

Starbucks might be hurting, but it isn’t going to fold completely like a clothing retailer, say, or a stationery shop. Still, landlords don’t need a shot of espresso to understand that the company led by Kevin Johnson may be one of the few tenants that can afford rent at all. (By Lauren Silva Laughlin)

Odd call. Zoom Video Communications’ European rival Pexip had to make do with a virtual bell-ringing ceremony when it listed in Oslo on Thursday. Shares in the company led by Odd Sverre Ostlie rose 43%, valuing it at almost $900 million. Despite this vertiginous rise, however, the group’s enterprise value of 18 times 2019 revenue is well below the roughly 75 times multiple at which better-known U.S. peer Zoom trades.

That probably says more about $47 billion Zoom’s puffed-up valuation than it does about Pexip. In terms of operating margins, there’s little difference: the U.S. group hit 14% last year, compared with Pexip’s 11%, both excluding share-based compensation. Meanwhile, Zoom is facing backlash for perceived security weaknesses. Still, Pexip’s Ostlie won’t care much, having managed to bag a handy $235 million from investors in the middle of a global crisis. (By Karen Kwok)

Drug deal gone wrong. A possible cure for Covid-19 has turned into a publicity millstone around the neck of Paul Hudson. The boss of $121 billion French pharma giant Sanofi has been summoned by President Emmanuel Macron after comments implying the U.S. government – with whom the company has a research partnership – could get first dibs on any treatment.

Outcry was swift. French Prime Minister Edouard Philippe declared that equal drug access was “non-negotiable”, and the country’s Socialist opposition party suggested the pill maker could be nationalised. The spat reminds investors that any coronavirus-related financial rewards – hopes of which have helped keep Sanofi shares flat this year, compared to a 40% decline in France’s benchmark CAC 40 index – will likely be modest given such intense political scrutiny. Peer AstraZeneca recently said it would only seek to recover its costs from any cure. Hudson concurring is one way to appease Macron. (By Christopher Thompson)

Electrifying green shoots. Americans will get more of their electricity from renewable energy than coal this year. So reckons the U.S. Energy Information Administration. That’d be a year ahead of schedule – and it’s all down to the pandemic. Overall, U.S. electricity generation is likely to fall 5% this year as lockdowns reduce demand, the EIA estimates. But coal-fired power will drop by a quarter.

Why? Because supplying coal plants with fuel costs money. Wind and solar, meanwhile, have close to zero operating costs, and tax credits mean they can even make money when electricity’s spot price is zero or even negative. Falling demand is slashing spot prices – and since electricity demand and supply must balance, high-cost sources get shut down. The country still lags others. The United Kingdom just went a month without coal, for example. But the longer the pandemic lasts, the bleaker the fuel’s future. (By Rob Cyran)

Slippery slope. Shareholders’ rights are suffering under Covid-19. Hoping to stem a corporate exodus towards countries with relaxed governance such as the Netherlands, Rome is offering to treble voting rights for faithful investors. This would be a step up from a current option to double voting rights under a share loyalty scheme. It comes too late to prevent broadcaster Mediaset and drinks maker Davide Campari-Milano to register abroad. But other Italian family-owned companies will embrace the opportunity to grow without losing control.

Brake maker Brembo, for instance, wants to go shopping. By boosting its voting rights, the Bombassei family wouldn’t need to own 53% of the capital to call the shots. And Diego Della Valle could curb his family’s large stake in struggling fashion brand Tod’s to relaunch it. That would mean sliding away from the one-share, one-vote principle that Italy used to uphold. Minority investors take notice. (By Lisa Jucca)

Dividend conundrum. Fiat Chrysler Automobiles and Peugeot have admitted the grim virus reality. After weeks of pondering, the European carmakers canned ordinary dividends worth 1.1 billion euros for each firm that were envisaged under their merger plan. That’s about 300 million euros gone for top Fiat investor Exor, just a day after its failed $9 billion sale of reinsurer PartnerRe. Saving cash makes sense given the pandemic’s thrashing of car demand. And it may open the door to state support.

Left unanswered is whether a 5.5 billion euro super dividend promised to Fiat investors as part of the Peugeot deal still makes sense. Fiat may avoid rushing the combination to see if pent-up demand for its popular Jeep and RAM brands emerges in the United States and justifies a payout. But this may be tricky. The pandemic strengthens the rationale for joining forces. A compromise might be necessary. (By Lisa Jucca)

Please, no. Schenck Process went there. The German manufacturer created a magical earnings metric that stripped out the impact of the Covid-19 pandemic, according to the Financial Times. This was precisely what Breakingviews argued companies that wanted to be taken seriously should avoid doing. Trotting out earnings before interest, tax, depreciation, amortisation and coronavirus (EBITDAC) is just wrong. Don’t do it. (By Rob Cox)

The other pandemic. Good news for anyone worried about eating too much junk food during lockdown. Danish pharmaceutical giant Novo Nordisk has just released encouraging data from a trial on a weekly obesity treatment. The obesity drugs market is still tiny and controversial, but many hope superior treatments could eventually help tackle a debilitating condition that last year affected an estimated 38 million children below the age of five.

The trial measured the effect of weekly doses of a drug called Semaglutide on obese or overweight people with comorbidities for 68 weeks, measured against a placebo. Those who stuck with the treatment for the full course lost 17% of their weight. Such dramatic weight loss, if sustained, could mean that drugs offer a safer alternative to surgery. Bernstein analysts are penciling obesity sales of $6 billion a year for Novo Nordisk by 2030. That’s a lot of burgers. (By Neil Unmack)

Shrinking (cars) to grow. India’s automakers, emerging from the worst market contraction in about two decades, are hinting at a different future. The $20 billion Maruti Suzuki India told analysts on Wednesday that the pandemic may cause cash-conscious customers to buy smaller vehicles. An aversion to public transport and ride-hailing services also could help boost sales. That scenario evokes China’s experience in 2003 during the SARS outbreak.

Even that option won’t be much available, however, if manufacturers can’t get factories up and running. A shortage of workers is affecting the components makers, says Maruti Suzuki Chairman R.C. Bhargava. Contract laborers at these suppliers have left cities for villages, and others need permits to get to and from their jobs. Honda Motor is facing similar headaches, suggesting it will take some time to start up any new strategy in India. (By Una Galani)

Lufthansa airplanes are parked at Frankfurt airport as air traffic is affected by the spread of the coronavirus disease (COVID-19), in Frankfurt, Germany, March 23, 2020.