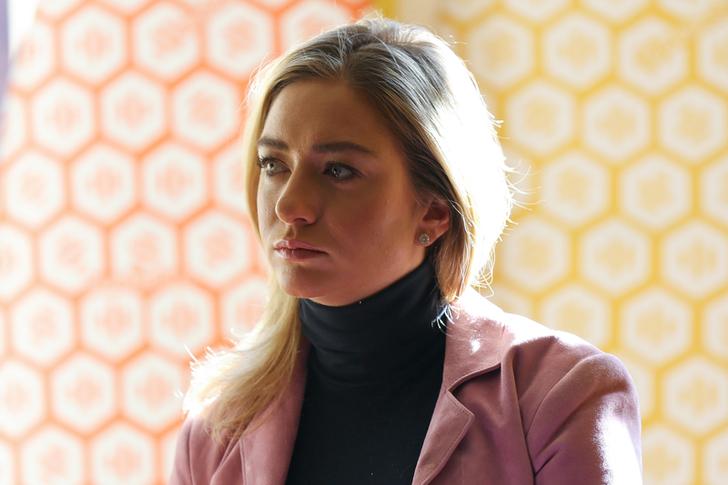 Self-medication. McKinsey is paying dearly for self-awareness. The consultants to the great and good are settling investigations over their role in America’s opioid epidemic for $573 million after advising the now infamous Purdue Pharma as painkiller-related addiction and death surged across the United States.

That’s a big sum – it’s more than McKinsey made from its Purdue business, per the New York Times, and about 5% of the firm’s $10.5 billion of annual revenue as calculated by Forbes. Though the specifics are unique, it’s also a risky precedent: Consulting firms like to separate their advice from clients’ actions.

McKinsey conceded last month that its work to boost Purdue had fallen short in taking the broader context into account. The importance of that is worth learning. Yet criticism over other high-profile business, like some in South Africa, could have taught the firm earlier. This time, the wisdom is costing only a little less than the $700 million-plus McKinsey says it spends annually on training and development. Maybe that is expensive enough to make it stick. (By Richard Beales)

IPO buzz. Whitney Wolfe Herd is showing the value of holding out. While the price Bumble has set for its upcoming initial public offering looks low, her stake will hardly be diluted in the IPO. The 31-year-old dating app pioneer will benefit from any post-deal pop.

Bumble has filed to raise $1.2 billion in a deal that could value it at roughly $6 billion. It is seeking an enterprise-value-to-revenue valuation of approaching 12 times, a third less than that of close peer Match.

That might suggest Wolfe Herd is leaving money on the table, only she’s not selling stock. And the company will issue just 12 million net new shares after buying some from private equity backer Blackstone, diluting Wolfe Herd’s current stake only from 12.2% to 11.4% post-deal.

Household tech names are still basking in valuations they reached shortly after shares listed late last year. Airbnb’s stock is nearly triple its December IPO price, while DoorDash is up 80%. If Bumble has similar success, Wolfe Herd’s stake – at least on paper – will be sitting pretty. (By Lauren Silva Laughlin)

Reality sells. The New York Times is conjuring some of its own magic. The newspaper company controlled by the Ochs-Sulzberger family said on Thursday it now has 7.5 million subscribers in the fourth quarter, a more than 40% increase from the same period in 2019, boosted by the pandemic and U.S. election. Now with a market capitalization of around $8.5 billion each customer is worth approximately $1,100. That’s roughly the same amount that Netflix subscribers are worth to the $220 billion video-streaming firm.

New Chief Executive Meredith Kopit Levien noted the company hit two milestones this year in its digital subscription business. Digital revenue overtook print sales for the first time, and digital subscription revenue is now the largest contributor to the business. The company’s goal of reaching 10 million subscribers by 2025 may have understated people’s appetite for news. The way the market values each subscriber, though, has not. (By Jennifer Saba)

Covid secure. Dassault Systemes’ self-doping on Big Data has paid off nicely. Shares in the 45 billion euro French software engineer rose 5% on Thursday after it revealed a surprise 3% increase in annual earnings per share, despite exposure to the pandemic-thwacked auto and aerospace industries. The reason lies partly in Chief Executive Bernard Charlès’ expensive $5.8 billion purchase of U.S. clinical trials business Medidata Solutions in 2019. Its software, designed to track patient progress, was used in nearly two-thirds of trials for Covid-19 treatments and helped triple annual sales in Dassault’s life sciences division.

Such heady growth is needed to reach Charlès’ earnings goal of 6 euros per share by 2024, a target that implies 12% annual growth. It might also help justify Dassault’s rich valuation: including debt, the company trades at 34 times forward EBITA, compared to German software peer SAP’s 19 times. At least Charlès can count on a pandemic data hedge. (By Christopher Thompson)

Ben & Scary. Food makers are about to feel the pinch. Unilever on Thursday predicted prices of commodities like tea and palm oil would rise at mid to high single digit percentage rates this year. The pandemic’s economic fallout makes it harder for Chief Executive Alan Jope to pass on those costs to shoppers. Higher prices added just 1% to the Anglo-Dutch group’s food and refreshment sales growth in the fourth quarter, down from 1.8% in the previous three months.

That’s bad news for the 114 billion pound consumer goods giant’s profitability, which is already under pressure. The maker of Hellmann’s mayonnaise and Ben & Jerry’s ice cream reported an underlying operating margin of 18.5% in 2020, 60 basis points lower than in the previous year. Jope’s medium-term goal is to lift sales between 3% and 5% a year, and boost underlying operating profit at a faster rate. Luckily, he doesn’t have to hit that goal this year. (By Dasha Afanasieva)

First toke. London’s stock market is warming to marijuana. Australia’s MGC Pharmaceuticals, which makes medicinal products out of cannabis plants, will make its debut on Feb. 9. The company which is already listed at home is raising 6.5 million pounds, equivalent to 25% of its Australian market value. The company is also working on an anti-inflammatory treatment that could prevent patients from being overwhelmed by Covid-19.

Investors are feeling the buzz. Britain, which legalised medicinal marijuana in 2018, last September gave companies the green light to list on AIM, London’s junior stock exchange. Cellular Goods, a medicinal marijuana company backed by soccer icon David Beckham, is also expected to float this week, according to Sky News. MGC priced its shares at 1.475 pence, 3% above the closing price in Australia on Feb. 1. The debut looks far from a downer. (By Aimee Donnellan)

Drop in the bucket. Despite a patchy recovery caused by regional virus outbreaks, Yum China investors are hungry for more. The $24 billion operator of KFC and Pizza Hut restaurants said on Wednesday that fourth-quarter revenue grew 11% from a year earlier, while sales at stores open since before its fiscal year started, excluding temporary closures, declined 4%. Higher delivery and mobile orders helped, but a quieter Chinese New Year holiday season with fewer travellers is going to take a toll.

Boss Joey Wat remains optimistic, however. Yum China plans to open another 1,000 locations this year, 14% fewer than in 2020. More concerning may be the lack of a boost following the company’s secondary listing in Hong Kong in September. The shares are trading near an all-time high, but at 28 times expected earnings for the next year the valuation remains stubbornly lower than at Starbucks and Chinese hotpot chain Haidilao International. (By Sharon Lam)