20 May 2020 By Breakingviews columnists 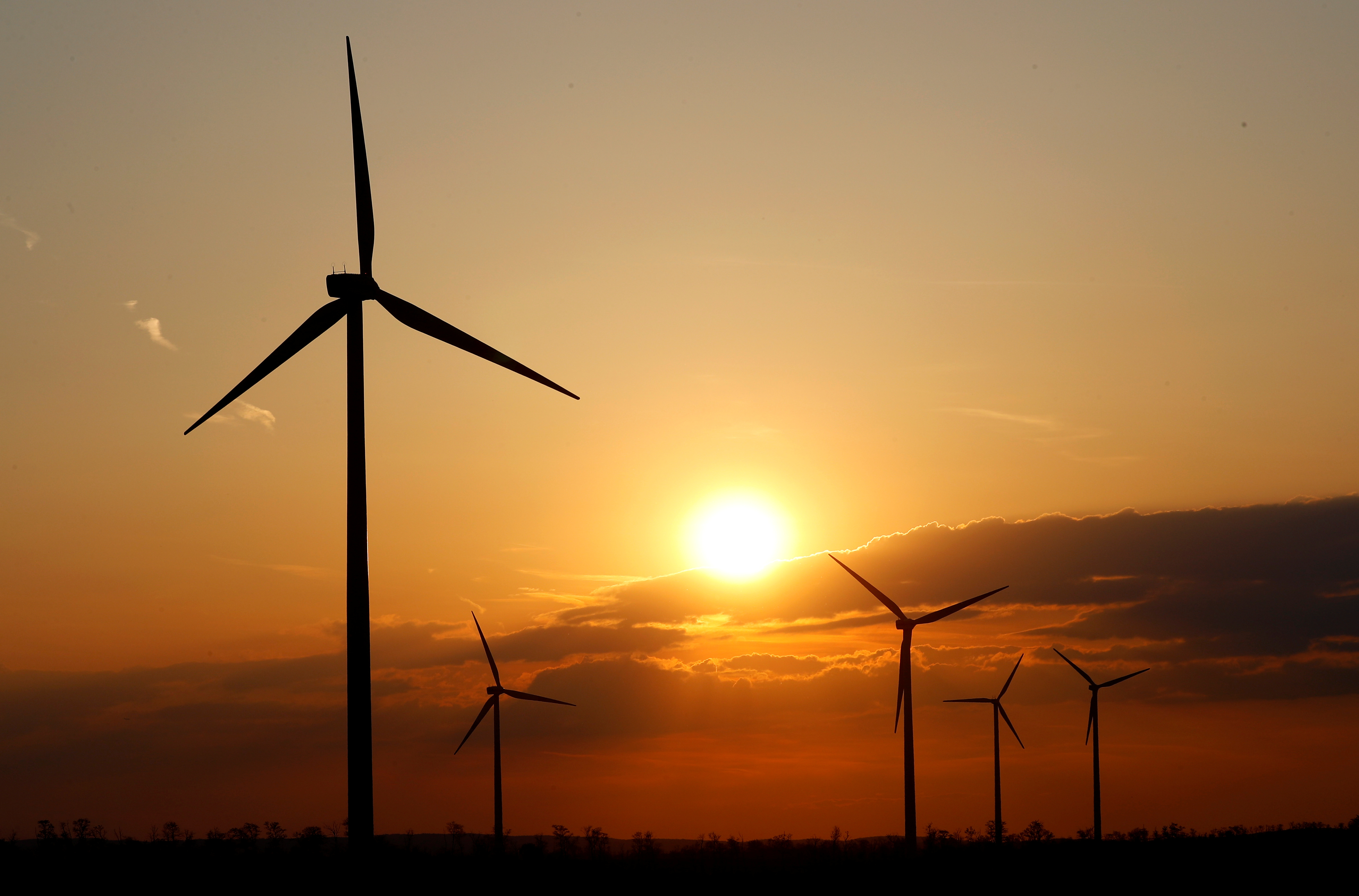 Held to accounting. Some Chinese companies may soon find it harder to have their shares traded in America. On Wednesday the U.S. Senate unanimously passed a bill barring them from listing or staying on, say, the New York Stock Exchange unless they comply with American auditing rules. At present, firms like e-commerce giant Alibaba are exempt from being audited by U.S. firms as well as reviewed by the Public Company Accounting Oversight Board.

Under the bipartisan legislation, the Securities and Exchange Commission, which oversees the PCAOB, could delist a foreign company if it doesn’t make its audits available to the accounting board and has gone three consecutive years without being examined. The recent discovery of accounting fraud at China’s Luckin Coffee, which could yet be booted off the Nasdaq, bolsters the plan.

Similar proposals failed to advance in Congress in the past. But the unanimous vote shows the battlefield keeps expanding. (By Gina Chon)

Wind of change. Investing in renewable energy is the way to lead the U.S. economic recovery out of the coronavirus-induced slump. Yes, that’s what every advocate of tackling climate risk argues. But this time the message comes from Richard Trumka, the president of the AFL-CIO, the largest U.S. federation of unions.

He’s particularly keen on New England’s growing number of offshore wind farms, telling the online audience for a climate webinar on Wednesday that these offer the “potential for a new and truly viable workplace model” for others to follow. His main concern is for the well-being of the more than 12 million Americans he represents. The pay and benefits would be akin to those coal miners enjoyed in the 1960s.

But fellow panelist, PensionDanmark boss Torben Moger Pedersen, added the financial rationale: Such projects are low risk and offer stable returns of up to 12%. Exxon Mobil stock, by contrast, has been sucking wind for years. (By Antony Currie)

Desperately seeking students. Cambridge is turning to technology to stay open if the shutdown endures. The British university will replace face-to-face lectures for the coming academic year with online courses. Classes can be held for small groups, if social distancing requirements are observed. New York University is trying a similar balancing act, including allowing international students to study at campuses closer to their homes.

The big question is whether students, especially international ones, will think internet courses are worth the cost. Tuition fees at British universities can be as much as 9,250 pounds a year, and overseas students pay almost three times as much. Falling demand from first-year students alone due to Covid-19 could cost the sector 2.5 billion pounds this year in lost fees and grants, according to a study by London Economics, and many institutions were overloaded with debt even before the crisis. While Cambridge and pricier NYU should survive, others may need to ask for help from wealthy finance alums, or call in those who specialise in restructuring. Internet courses may not help much. (By Karen Kwok)

Fight in the woodpile. The rivalry between Home Depot and Lowe’s took an unexpected swerve last quarter. Home Depot, which caters more to professional home-improvers, remains the bigger and more profitable of the two hardware retailers. Yet the pandemic helped Lowe’s close the gap. It grew same-store sales by 11.2%, almost twice as fast as its rival, where it’s usually far behind. And while Home Depot’s operating margin shrank year on year, Lowe’s actually got more profitable.

The main reason is that Lowe’s former weakness is currently a strength. With housebuilding on hold, consumers are the ones driving growth as they prettify their surroundings. When normality resumes, Lowe’s chief Marvin Ellison will once again be back to playing catch-up. In the meantime, he can enjoy the fact that strange times have given his top line a new lick of paint. (By John Foley)

Narrowing the gulf. Qatar is tripling its currency-swap line with Turkey, to $15 billion. Doha, isolated in the region by its bust-up with Saudi Arabia, understandably wants to help its most loyal ally. Support from Britain, China and Japan – the other countries Turkey was tapping for swap lines to help it stave off pressure on its currency – may be harder to secure.

But Ankara, which has depleted its foreign-exchange reserves, is trying a multi-pronged approach. It plans to raise foreign currency by issuing bonds and sukuk on the domestic market. Finance Minister Berat Albayrak also hopes that an additional tariff of up to 30% on imports will keep a lid on the trade deficit. Such tactics are working in the short term: the lira firmed to 6.79 against the dollar on Wednesday. But investors lack confidence in economic policymaking so the respite will be temporary. (By Dasha Afanasieva)

Pedal to the metal. Covid-19 is finally forcing the French state to act like a regular shareholder. Earlier this month Finance Minister Bruno Le Maire declared that French automakers would have to bring more production back home if they wanted government support. Perhaps Clotilde Delbos, the interim chief executive of Renault, in which the government has a 15% stake, didn’t get the “dirigiste” memo.

On Wednesday, the Clio-maker agreed to 5 billion euros in state-guaranteed loans to bolster liquidity – while also considering shutting factories in Brittany and Dieppe, according to a report in Les Echos, as it seeks to cut annual costs by 2 billion euros.

Le Maire’s boss, ex-investment banker President Emmanuel Macron, will appreciate the importance of a quid pro quo. His privatisation programme may be on ice. But if state-backed companies can properly restructure – even at the cost of French jobs – then his government stands to gain in the long term. (By Christopher Thompson)

Powered up. Lenovo, China’s $7 billion maker of personal computers, posted a 64% fall in net profit for its fourth quarter, but still beat estimates. Net cash generated from operating activities was $2.2 billion in the fiscal year, compared to $1.5 billion a year ago, while net debt was reduced by 25% year-on-year. Even as the mobile business unit suffered a hit on the back of factory shutdowns, the company is hoping that demand for PCs, smart devices and servers will rise as people telecommute more, even after the pandemic ends.

Total server volume expanded 14% year-over-year in the fourth quarter, suggesting rising data consumption could indeed help fuel a recovery. But optimism about working from home, which has boosted shares in companies like Zoom Video Communications, hasn’t helped Lenovo. The stock has fallen some 17% year-to-date. A telework boom might not be enough. (By Sharon Lam)

Lost its spark. Marks and Spencer is promising to “never be the same again”. It’s an odd slogan from a company that was once a household favourite for its underwear but lost 85% of its market value in the past five years. And its bleak scenario for the year ahead suggests no return to glory. Unlike peers that have shied away from offering guidance, Chief Executive Steve Rowe reckons over the next year clothes sales could decline by 70%, but crucially its food business could also see a 20% drop.

Poor performance amid the coronavirus pandemic is tough for a grocer to explain. Rivals J Sainsbury and Tesco enjoyed record sales in March. M&S’s best hope for recovery is its partnership with delivery group Ocado, allowing it to compete online. But given it’s only aiming to sell a third of its clothes that way, investors should take its latest slogan at face value. (By Aimee Donnellan)

Power-generating windmill turbines are seen during the sunset at a wind park near Moenchhof, Austria May 2, 2019.