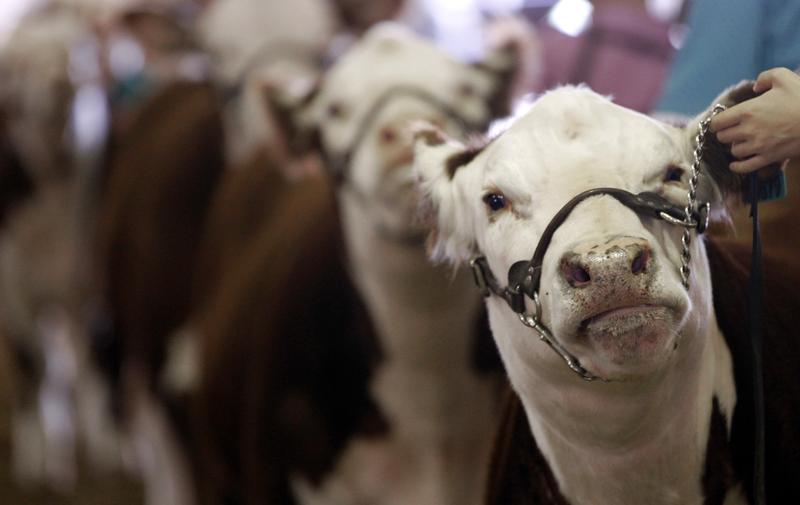 – State of a fair

Y’all don’t come back now. Add the State Fair of Texas to events canceled this year because of the coronavirus. On Tuesday organizers postponed the Lone Star State’s fall season hullabaloo, a 24-day affair honoring the area’s largest pigs and best fried food. It’s the first time the event won’t be held since World War Two.

That isn’t just a bummer for the vendors who serve up everything from fried butter to corny dogs. The fair, which itself raked in some $65 million in revenue in 2019, has an overall economic impact of as much as $500 million, according to a 2017 study from the University of North Texas.

Even if the fair opened, the recent spike in Covid-19 cases means Texans may have shunned their usual saunter down the midway, the fair’s designated area for carnival rides. Still, with state finances coming under pressure, another hit to Big Tex’s pocketbook is the last thing that Dallas needs. (By Lauren Silva Laughlin)

Home office. Some desk-jockeys are creeping back into the workplace, but the benefits of working from home will endure. A Morgan Stanley survey has some unsettling results for commercial real-estate investment trusts like Vornado Realty Trust and SL Green Realty. The poll found that half of Americans are doing their jobs remotely. Of those respondents, 65% want to continue doing so post-Covid-19 and more than 70% would like to work from home three days a week or more.

The best hope for office owners is that social distancing persists – so companies require more space per employee who shows up. But the more hope builds over vaccines and treatments, the less likely that looks. Some four out of 10 people would be “somewhat” or “very” comfortable sharing a desk, post-pandemic. So far this year, a basket of office REITs compiled by Morgan Stanley’s research arm has lost 30% of its value. It’s not just paper-pushers who face a painful back-to-work adjustment. (By Jennifer Saba)

Grim and grimmer. The European Commission is the latest institution to downgrade its growth forecasts. The new predictions unveiled on Tuesday expect the euro zone economy to contract by 8.7% this year, rather than the 7.7% it predicted in early May. The GDP of France, Italy and Spain will shrink more than 10%.

With the commission expecting inflation to be practically non-existent this year and just 1.1% in 2021, there is little bar to more easing from the European Central Bank. Fiscal stimulus may be even more important. Economics Commissioner Paolo Gentiloni said that European Union fiscal rules, which require countries to keep budget deficits below 3% of GDP, could be suspended even after growth rebounds. That may well make sense given the risk of the pandemic leaving scars on the labour market. A root and branch review of those budget rules would be even better. (By Swaha Pattanaik)

Mild, green, fairly limited. Rishi Sunak’s economic recovery will have a green tinge. The UK chancellor will spend 3 billion pounds on measures such as enhancing the energy efficiency of the country’s building stock. Given buildings account for around a fifth of Britain’s annual carbon emissions, it’s a step in the right direction.

The new dosh looks fun-sized when compared with the 50 billion euros earmarked by Germany last month for mainly green investment to render it more “future-friendly”. Still, over two-thirds of the $1 trillion of annual spending that the International Energy Agency estimates is required for a tangible green recovery over the next three years will have to come from the private sector. If Sunak can flag that the British government’s contribution is more than just a slogan, then the private sector is likely to follow. (By George Hay)

Shopping spree. Afterpay is striking while the iron is red hot. The Australian company, which allows consumers to buy items using instalment payments, unveiled plans to raise about A$800 million ($558 million) alongside a quarterly trading update that includes a more than doubling of active customers from a year earlier to 9.9 million. Unaudited figures also show a 127% jump in underlying sales for the three-month period thanks to a coronavirus-induced surge in online shopping.

Anthony Eisen and Nicholas Molnar, co-founders of the unprofitable $12.7 billion company, are also capitalising on the strong run. Afterpay shares have rocketed from less than A$9 in late March to A$68. Although they will remain the largest shareholders, they are selling 10% of their stakes. Given the ongoing regulatory scrutiny of such business models and a valuation of some 25 times expected sales, their sale is an equally sensible instalment plan. (By Sharon Lam)

Soft pedalling. Halfords, Britain’s biggest bike retailer, is cashing in on the two-wheel boom. The company reported a 57% rise in like-for-like sales for its cycling business in the 13 weeks to July 3 compared to the same period in 2019, as people ditched crowded, potentially dangerous trains and buses for the solo joys of cycling. Branded an “essential service” by the UK government, bike shops stayed open and were the exception in a terrible retail trading environment during the pandemic lockdown.

Less happily, Halfords’ group sales still fell given a “tough” market for motoring products it also sells. The rising popularity of electric bikes – which can reduce emissions and boost commuter journeys – will help. But many retailers struggled to source enough bikes, made mostly in China and Taiwan, to satisfy demand. The future direction of travel remains unclear. (By Karen Kwok)

Young Hereford steers are shown at the prospects competition at the State Fair of Texas in Dallas, Texas October 2, 2013.