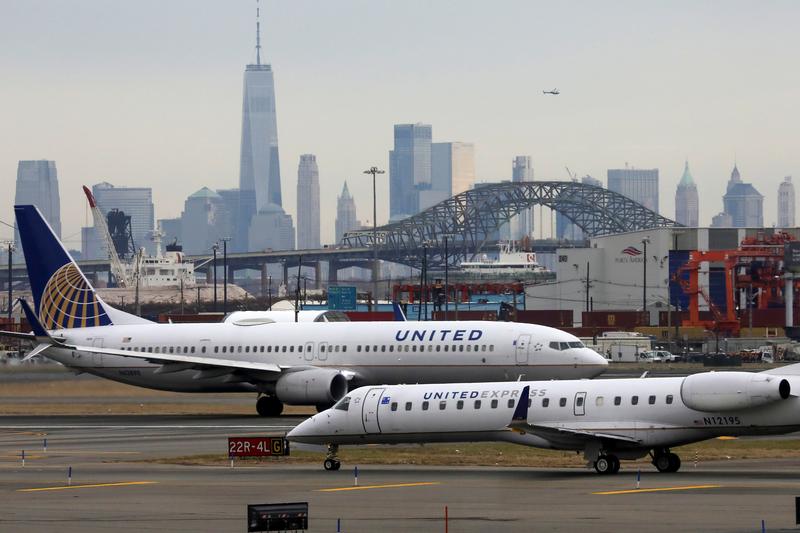 The middle seat. Bailing out U.S. airlines has left the government in an awkward spot. United Airlines has told 36,000 U.S. employees they could be temporarily out of a job come Oct. 1, when a ban on job cuts – tied to receiving public funds – expires. That’s as airline companies talk with officials about needing more money to keep businesses afloat. United is burning $40 million of cash a day.

The U.S. government started out offering cash to keep workers employed and companies alive. With airlines, it also took a tiny stake in the form of warrants, convertible into shares. If there’s another round of rescues, fresh cash would need to be compensated with higher equity stakes. Taxpayers will turn from saviors to investors.

Investors, though, usually have a pretty clear prescription for loss-making companies: cut staff. That’s always tough at airlines, where unions represent a big part of the rank and file. In this case, it’s going to be even messier. If ticket sales don’t pick up fast, the government will have to decide on whose side of the aisle it wants to sit. (By Lauren Silva Laughlin)

Dawn of the dead. European zombie companies are proliferating faster than ever before due to the Covid-19 crisis. Analysts at Bank of America reckon the proportion of firms in the region’s main Stoxx 600 Index that are unable, or only just able, to generate enough operating profit to cover their interest costs jumped the most on record in the first quarter, and now exceeds 10%. That number is higher than after the financial crisis in 2009 and is likely to rise further in coming months, the bank reckons. In the United Kingdom, the zombie count has reached 15%, as the fallout from Brexit has amplified stress.

Zombie companies tend to invest less than healthy firms, and fire workers more quickly. Governments can help by granting debt relief to the companies they supported during the crisis, and by boosting growth through fiscal stimulus. The alternative may be a slower and weaker recovery. (By Neil Unmack)

Rocky ground. AMC Entertainment, the struggling global cinema operator, is suing New Jersey over coronavirus-related closures, Reuters reports. Along with other movie-theater chains, it’s saying the U.S. state should let them reopen having allowed churches, retail stores and other places to do so. It’s one sign of the company’s economic distress.

Another is the jostling between AMC creditors including Silver Lake and Apollo Global Management, as outlined by the Wall Street Journal. AMC is considering offers of new financing that might stave off bankruptcy but could also rearrange the pecking order of lenders should the company fail – a script playing out across the economy.

Cruise ships aside, it’s hard to find many businesses as vulnerable to a pandemic as movie theaters. Unfortunately for AMC, with digital streaming eroding its audiences long before Covid-19 arrived, it’s not the only threat to its long-term survival. (By Richard Beales)

Breakup breakdown. FirstGroup’s plans to flog its iconic U.S. Greyhound and yellow school buses have hit a coronavirus-shaped pothole. The UK transport operator’s shares fell more than 15% on Wednesday after it flagged concerns about its future given the plunge in passenger numbers and the uncertainty over lockdowns. Before the crisis, activists like Coast Capital Management were pushing for disposals to unlock value. Good luck with that.

Take school buses. A year ago, Breakingviews reckoned the outfit might be worth more than 2.5 billion pounds, based on its 352 million pounds of EBITDA. But, with North American schools closed, its buses have literally no customers. Similarly, Greyhound passengers are down 70% and unlikely to return to pre-crisis levels for two years. That mean potential buyers will drive a hard bargain. With 3.1 billion pounds of net debt, nearly 3 times pre-crisis EBITDA, FirstGroup can’t afford too long a delay. (By Ed Cropley)

Cold soup. Haidilao has served up a grim warning of what’s to come for investors in sit-down restaurant chains. The $25 billion Chinese hotpot purveyor let down analysts with a profit warning on Tuesday, forecasting a net loss of roughly 900 million yuan to 1 billion yuan ($142 million) for the first six months of 2020. That compares to a 911 million yuan profit for the same period last year. Haidilao has become one of the most popular hotpot chains in the People’s Republic, thanks partly to the free manicures and board games it offers customers looking to pass the time queuing for its popular broth-filled pots. But the pandemic forced the company to temporarily close all its mainland outlets, putting a deep dent in its bottom line. It’s a bad portent for those holding shares in its peers too, especially in countries that have been hit even harder by Covid-19. (By Alec Macfarlane)