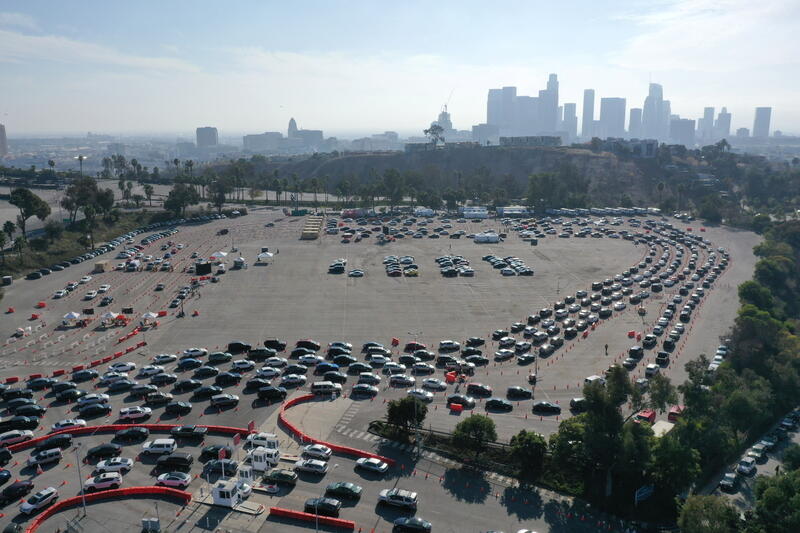 Pandemic procrastination. The U.S. jobs recovery stalled to close out 2020, with the unemployment rate steady at 6.7% in December, according to the Bureau of Labor Statistics. Nonfarm employment declined by 140,000 jobs, offset by upward revisions for prior months. The big year-end losers were leisure and hospitality workers as Covid-19 cases surged.

With only just over half the 22 million jobs wiped out in March and April last year now recouped, it sets incoming President Joe Biden up with the challenge of reinvigorating America’s economic recovery. Sure, the additional stimulus recently enacted may help – and delays in getting it done may have contributed to the weak December jobs figures. With slim Democratic control of the Senate further installments may be forthcoming. Above all, a more urgent and effective rollout of vaccinations against Covid-19 will make Biden’s first 100 days more than usually important. (By Richard Beales)

Synthetic AAA. In 2008 financial institutions and small investors got in trouble betting that all highly rated debt was risk-free. Negative Covid-19 tests today are sadly similar. Los Angeles’ massive outbreak, where over 200 people are dying daily, may be the fallout.

The U.S. Food and Drug Administration warned this week that a widely used test in LA from startup Curative would miss cases if given by laymen or to patients without symptoms. Yet the test has been the backbone of the county’s self-administered testing effort for all comers. Many recipients used negative results as a green light to holiday with families, which could account for the surge of cases in America’s second largest city.

Urge to merge. Qatar has joined the Gulf bank consolidation party. The $2 billion Al Khalij Commercial Bank said on Thursday it would hook up with $9 billion Masraf Al Rayan to create one of the Emirate’s largest lenders, with $47 billion in assets. That’s small fry compared with the $274 billion of assets held by $48 billion market leader Qatar National Bank, but the deal exemplifies some of the region’s typical themes.

Like bigger recent mergers in neighbouring Abu Dhabi, this one is about splicing together cost bases to drive synergies and negotiate low oil prices caused by Covid-19. And like the pending merger of Saudi Arabia’s National Commercial Bank and Samba Financial, the government owns stakes in both parties. Given Qatari state entities own 47% of Al Khalij but only 25% of Al Rayan, it’s perhaps unsurprising that the former is getting a 67% premium relative to its undisturbed share price in June. In the same period, Qatar National Bank shares are up less than 10%. (By George Hay)

The stern blast from the world’s biggest investor is the latest blow to Top Glove’s shares, down 39% from an October high as investors switched attention to post-pandemic recovery trades. A recently announced dividend hike had halted the slide, but BlackRock’s highlighting of safety issues harks back to 2018, when Top Glove was placed on a United Nations watchlist over suspected use of forced labour and excessive working hours. Strong earnings may not counter this reputational hit. (By Jennifer Hughes)

Semi appealing. Franco-Italian semiconductor group STMicroelectronics is chipping away at its discount to higher-rated European peers. Shares in the $37 billion company, whose largest investor is an entity controlled by the French and Italian governments, rose by 4% on Friday after Chief Executive Jean-Marc Chery released an impromptu fourth-quarter sales update. Revenue was $3.2 billion, compared with previous expectations of $3 billion.

The first takeaway is that chip demand is holding up very well despite the economic damage of Covid-19: STM’s quarterly revenue in the same period a year earlier was just $2.75 billion. The second lesson is that investors may have to reassess the discount they assign to Chery’s group. STM is valued at 24 times 2022 earnings, using median Refinitiv forecasts, compared with 28 on average for peers Infineon Technologies and ASM International. Closing the gap would be worth almost $7 billion in market value to STM shareholders. Better-than-expected revenue gives them a chance. (By Liam Proud)

(Short form view flashes, where they appear, have been corrected to delete reference to the testing startup being backed by Peter Thiel.)

People line up for coronavirus disease (COVID-19) tests in their vehicles at Dodger Stadium in Los Angeles, California, U.S., January 4, 2021.