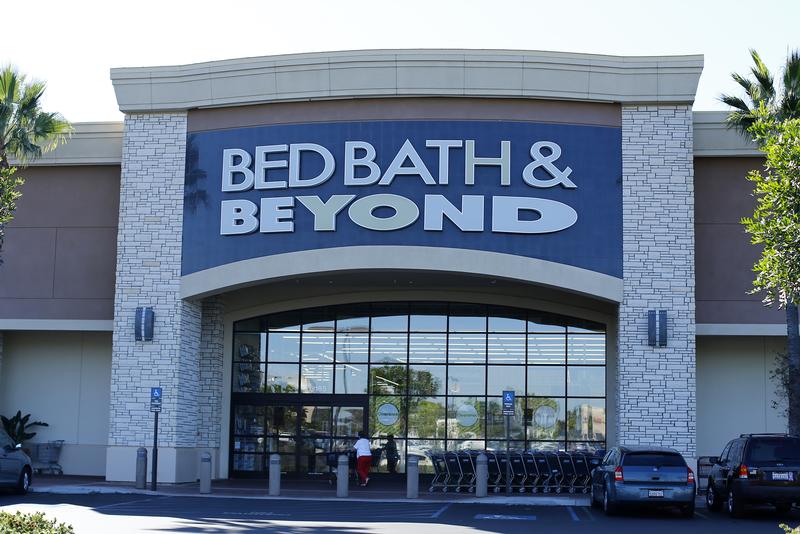 – Bed Bath & Beyond cleans up

Opportunity seized. No company anticipated the pandemic or America’s shambolic response. But chance favors prepared companies like $9 billion valued Quidel, which makes rapid diagnostic tests. The firm said on Thursday its fourth quarter would be a blowout, with revenue of about $800 million, compared to the mean analyst estimate of just $457 million according to Refinitiv. Quidel’s entire revenue for 2019 was only $535 million.

Quidel has been in business over 40 years and has steadily invested in adding new tests and delivering results faster. Rivals like Roche or Abbott Laboratories have far greater resources and marketing muscle. But the U.S. pandemic response, including an incoherent national testing policy and problems with test logistics, was a great leveler. Eventually Covid-19 will recede and competition will intensify. Quidel has been ramping up R&D, giving it at least a shot of grabbing the next opportunity with both hands. (By Robert Cyran)

Duvet day. Bed Bath & Beyond said on Thursday that its comparable-store sales increased 6% for the three months to Aug. 29, its first growth in nearly four years. That was driven by an 88% increase in digital sales – many shoppers being, after all, stuck at home – which made up for the 18% dip in real-world sales. The U.S. housewares retailer’s turnaround has been a while in the making: Last year saw a brush with activist shareholders and a change of chief executive.

Bed Bath & Beyond is more profitable too. Its adjusted quarterly EBITDA was up 36% compared with a year earlier because of cost cuts, which will continue this year with store closures and a focus on digital sales. The stock rose 30% in afternoon trading. The concept of Covid-19 creating winners and losers is familiar by now. The idea of turning losers into winners is rather more rare. (By Amanda Gomez)

Up the Cazoo. The pandemic may be a headache for car companies, but less so for those imbued with a touch of technology glitter. Cazoo, a used car-selling platform founded by entrepreneur Alex Chesterman, has raised an extra $309 million in a deal that values it at $2.6 billion. That brings the tech unicorn’s total money raised to date to $579 million.

Chesterman, creator of Lovefilm and online property platform Zoopla, only launched Cazoo less than a year ago and said on Thursday that it had only made $129 million pounds in revenue in the nine months since December. If it idles along at that pace until the end of the year, the current valuation would equate to around 15 times sales, twice its more established U.S. peer Carvana’s cruising speed of 7 times. Chesterman may need to give more clarity on the road ahead to stop investors fretting about inflated valuations. (By Aimee Donnellan)

Filling the gap. Online shopping is gaining popularity, so much so that the Gap’s group of stores gained 3.5 million new customers through internet channels in the second quarter. But the retailer also recognizes that its employees want the same safeguards as people who are clicking, shipping or doing curb-side pickup. So the Gap plans to have a virtual hiring process that takes all of three minutes in the search for seasonal workers to meet the demands of the holiday season.

The $7 billion group, which owns the flagship store, Banana Republic and Old Navy, is giving its employees flexibility too. Those who work in customer service, for instance, will have the option to work from home. Fulfillment center employees can choose which hours during the days, nights and weekend they want for their shifts. Seasonal workers will also have access to benefits. It may not help boost record unemployment, but it’s better than nothing. (By Jennifer Saba)

Shaky trolley. Ocado’s pandemic-fuelled bull run may have hit a skid. The 20 billion pound online grocer, which sells robotic warehouses to supermarkets like America’s Kroger and France’s Casino, is being sued over alleged patent infringement. Norwegian robotics company AutoStore reckons its technology forms the basis of Ocado’s warehousing system. The news sparked a 6% share-price decline before recovering slightly after Ocado said it was not aware of any infringement.

The timing is puzzling. Ocado has spent years peddling its wares and recently penned a deal to build 20 warehouses for Kroger. In 2017 Ocado Chief Executive Tim Steiner actually launched legal action against AutoStore for allegedly using its technology in Norway. In that particular battle, a court found AutoStore was entitled to do so. If Ocado loses again, it may have to pay compensation and, in the worst case, stop using the technology. That could put its Tesco-rivalling valuation under strain. (By Aimee Donnellan)

Dressed for success. H&M is enjoying a “V-shaped” recovery. The $25 billion Swedish firm on Thursday reported a pre-tax profit of 2.4 billion Swedish crowns ($266 million) for the three months to the end of August. That was above analysts’ expectations and a turnaround from the previous quarter, when the company reported a big loss – its first in decades. It’s a sign that the e-commerce boom is benefitting more than online specialists like ASOS and Boohoo. H&M’s internet sales were up 27% in Swedish crown terms in the third quarter. Little wonder, then, that Chief Executive Helena Helmersson plans to permanently close 5% of H&M’s physical stores next year.

Attracting more online customers will help if the rebound in Covid-19 infections leads to more lockdowns. For example, sales in September fell 5% in local currencies from a year earlier, even though many stores were still subject to local restrictions and had more limited opening hours than usual. H&M is getting back on track. (By Karen Kwok)

Business cycle. British commuters have shifted from public transport to bicycles and cars. Even as the days get shorter and wetter, consumers’ enthusiasm for two-wheeled transport continues unabated. Retailer Halfords on Thursday said sales of bikes and spare parts surged 46% on a like-for-like basis in the five weeks to Sept. 25. Demand for its auto repairs and accessories, which collapsed during the lockdown, also bounced back. Halfords shares jumped almost 20%.

The shift leaves buses, tubes and trains in a big financial hole. The shortfall is particularly acute for London’s public transport system, which is heavily dependent on income from fares. London Underground carried just 28.8 million passengers in the month to Aug. 17 – down more than 70% from a year earlier. London Mayor Sadiq Khan says Transport for London needs at least 5.7 billion pounds in government funding for the next 18 months. If the commuting shift lasts, Khan may need even more. (By Peter Thal Larsen)

A Bed, Bath & Beyond store is pictured in San Marcos, California September 24, 2014.