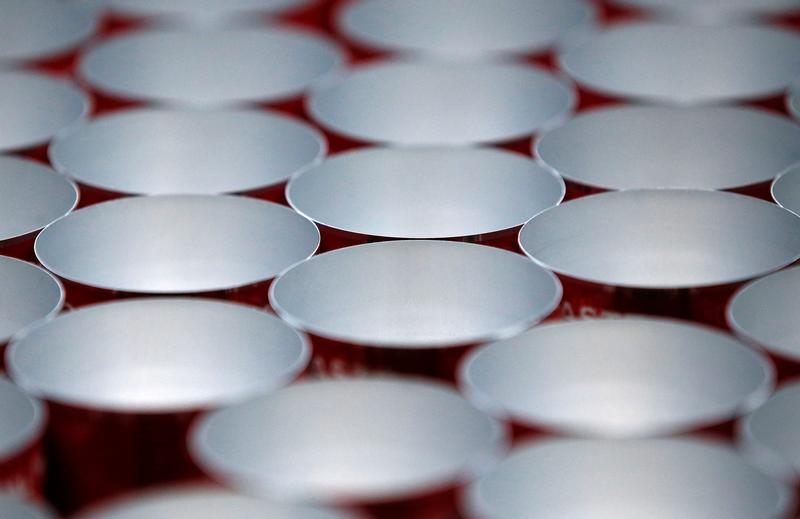 Junk by any other name. The $25 billion metal packaging maker Ball priced $1.3 billion of 10-year senior notes with a coupon under 3% on Monday – the lowest cost ever for a U.S. junk-rated borrower at that maturity. Sure, the Covid-19 lockdown helped spike demand for canned beverages and other goods in North America last quarter, partly explaining why Ball’s share price has jumped over 16% this year. But it still has debt of a lofty 4 times EBITDA.

And this isn’t just about one manufacturer of fizzy drink cans – it’s another sign of excess froth. The effective yield on other U.S. BB-rated bonds is closer to 4%, according to Ice Data Indices, which has more than halved since the March peak. Meanwhile, S&P Global Ratings still projects the speculative-grade default rate will hit 12.5% by next March – up from 3.5% before the pandemic. It’s clear high yield is in the eye of the bondholder. (By Anna Szymanski)

Hotel revival. The hotel industry is headed for a three-star recovery. That’s the message from InterContinental Hotels’ first-half results, which show that nearly half its rooms will be occupied in July, a near-doubling of the April rate. The key revenue-per-room measure also staged a mini-rebound, forecast to be down 58% in July from last year, versus 75% in the second quarter. The numbers suggest that the hotel industry’s lost revenue from the Great Lockdown has dropped significantly from the $1.4 billion a week pace of March. The nascent recovery lifted IHG and its peer Accor’s shares by around 4% on Tuesday.

Local tourism is helping IHG’s middle-market Holiday Inn brand in the United States, where occupancy has surpassed 50%. The no-frills appeal has also helped protect the IHG share price in Covid-19 times. The $10 billion hotel group’s stock is down 20% since the beginning of the year. Higher-end Accor’s has slumped 40%. (By Aimee Donnellan)

What lies below. European governments have tried to protect labour markets from anti-Covid restrictions. Policies such as short-time work in Germany and furloughs in the United Kingdom have successfully contained unemployment rates. The British rate was steady at 3.9% in the three months to June, the national statistics office said on Tuesday. But one key measure – of inactive people who may begin to seek work but are temporarily not earning for coronavirus-related reasons – more than doubled to 2.13 million between the first and second quarters.

Even some people with jobs are feeling the pinch. British workers’ average pay fell in the three months to June. And German workers’ average gross monthly earnings declined in the second quarter from a year earlier, mainly because of the wide use of short-time work during the coronavirus crisis, the country’s statistics office said on Tuesday. The virus’s labour pains are just beginning. (By Swaha Pattanaik)

Souped-up times. Chinese hotpot ingredients purveyor Guoquan is mulling an initial public offering as early as next year, Bloomberg reported citing sources, which could raise $400 million to $500 million. The pandemic has only fanned consumers’ appetite for pre-packaged meals to cook at home; selling the necessary spicy broth, dipping sauces, mutton and mushrooms to locked-down consumers looks like easy money.

The IDG Capital-backed company, which operates around 3,600 retail stores, could prove a better bet than dine-in peers, including restaurant chain Jiumaojiu International and $26 billion Haidilao International. Haidilao warned last month of a net loss of as much as 1 billion yuan ($144 million) for the first half of 2020. Its shares have nonetheless surged 32% this year, suggesting that there is still plenty of room in investors’ stomachs. Guoquan’s model will likely receive at least as enthusiastic a reception. (By Sharon Lam)