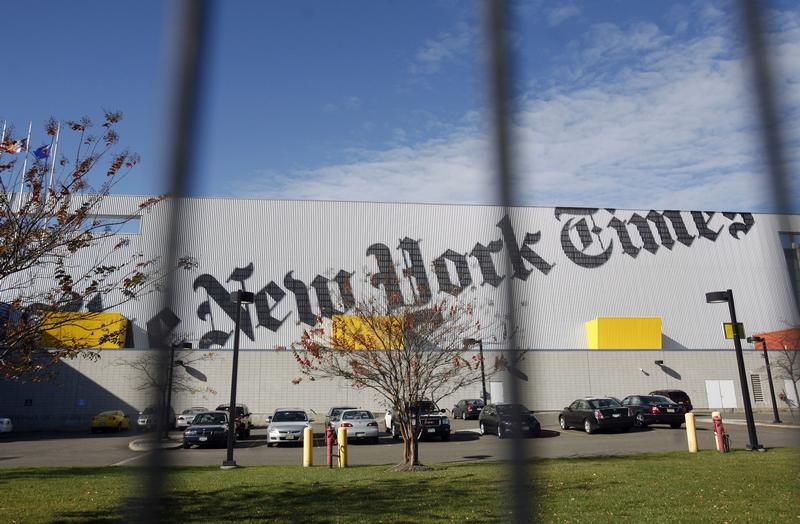 WSJ vs. NYT truce. A decade ago, Rupert Murdoch started a newspaper war when his Wall Street Journal announced a new section covering New York City. It was a direct aim at rival New York Times. Cut to 2020, and parent News Corp is waving a white flag of sorts. On Wednesday it said it plans to close its printing plant in the Bronx and instead print its newspapers at the Times’ facility.

The Times and Journal were already sharing printing presses in other states. The fact it’s happening on their home turf is notable though. Like the Times, the Journal is enjoying a bump in readership. Subscriptions were up 15% for the quarter ending June 30. But woes related to Covid-19 have destroyed advertising revenue. It’s no surprise News Corp is hunting for cost savings. (By Jennifer Saba)

Turnover. The Big Ten, one of U.S. college sports’ wealthiest organizations, said on Wednesday that it would begin playing football in October – reversing an August decision to postpone fall play because of the pandemic. One reason: The conference, which features powerhouses like the University of Michigan and the Ohio State University, brought in over $780 million last fiscal year, with most coming from football, according to USA Today.

But the change of direction isn’t simply a money grab. University leaders already knew last month they would lose money if pigskins didn’t fly. And fans won’t be allowed, so revenue will take a hit. Recruiting fears and coaches’ pushback were probably relevant. But player protest may have been the deciding factor. OSU quarterback Justin Fields started a petition to restart play that garnered over 300,000 signatures, athletes’ parents staged demonstrations, and some players even filed a lawsuit. The Big Ten’s U-turn may be a sign of athletes’ growing labor power. (By Anna Szymanski)

Brass in muck. There has always been money in dirty jobs, and that’s more true than ever, as evidenced by private equity group Carlyle buying a majority stake in Victory Innovations. The company’s machines spray charged chemicals such as disinfectants, allowing surfaces to be covered faster and more effectively. Victory said in July that shipments had risen 10-fold to about 100,000 a month because of the pandemic.

The bet is that companies and institutions will spend a lot more on cleaning in the years ahead. That’s a reasonable assumption. Covid-19 appears to spread more easily in the air. But plenty of other diseases such as flu and the common cold – also potentially the next novel coronavirus – can be readily transmitted via contaminated surfaces.

Society has spent far too little on preventing disease in relation to the risk, compared, say, to terrorism. That may now change, and Carlyle and other investors in the sector could clean up in the years to come. (By Robert Cyran)

Going sub-zero. Bank of England rate-setters were briefed on plans to explore how negative interest rates might best be implemented, minutes of their latest policy meeting showed on Thursday. BoE boss Andrew Bailey has previously said the measure was in the policy toolbox but wasn’t expected to be used soon. Damage to banks may be one consideration. Still, investors reckon “soon” is a flexible concept: sterling and UK government bond yields fell after the minutes were published.

Covid-19 makes it harder to predict the future. And Brexit is compounding uncertainty. The central bank may in the coming months have to change its current assumption that Britain will enjoy an immediate and orderly move to a comprehensive trade agreement with the European Union in 2021. Bailey will probably expand asset purchases before he cuts rates below zero. But such buying has the biggest impact when markets are illiquid or malfunctioning. He may need all the tools in his toolbox to combat the economic downturn. (By Swaha Pattanaik)

Drinking to forget. Carlsberg’s beer glass was half-full on Thursday. The Danish brewer said its 2020 operating profit would fall by a percentage in the high single digits, not counting M&A, instead of the 10%-15% Chief Executive Cees ’t Hart previously warned of. Recovering demand in eastern Europe and western China, as well as uncertainty, explain why.

With the first round of pub and bar closures coming to an end, beer companies like Carlsberg need to set their sights on the next phase. Even without massive second waves, economies all over the world are contracting, squeezing household budgets. Driving revenue growth through charging more per litre of beer, as the big brewers have largely been doing, is not going to go down well. Lower prices contributed to 7% of Carlsberg’s 14.6% net revenue decline in the second quarter. Competition on that front will come back – meaning growth will require a fresh recipe. (By Dasha Afanasieva)

Virtual estate. The southern European housing market may not be as bleak as it looks. That’s certainly the view of Swedish private equity group EQT, which has hoovered up its second real estate portal in a week. On Thursday, it purchased Italian online classified business Casa.it from Oakley Capital for an undisclosed sum. Last week, it bought Idealista, an online real estate platform in southern Europe, for 1.3 billion euros.

The Mediterranean property market is far from buoyant. Prices have stagnated and urban homes are proving difficult to sell due to the higher rates of Covid-19. EQT’s bet is that its new acquisitions will continue to benefit from more punters choosing to flog houses online. Idealista’s 1.3 billion euro price tag is around 25 times its 2019 earnings, higher than the industry average of 20 times, according to Refinitiv. The premium price suggests EQT is banking on a quick recovery. (By Aimee Donnellan)

Flying low. Indian airlines are seeking interest-free credit of at least $1.5 billion from the government to help them cope with the loss of business revenue. Their list of asks is long, and some echo requests made before the pandemic. Airlines, including state carrier Air India, want government help to persuade aircraft lessors to ease leasing terms, tax deferment and the abolition of excise duty on aviation fuel. That’s not surprising, given how limited official assistance has been so far.

Domestic air traffic, while gradually improving, is still moving towards 25% of pre-Covid-19 levels, according to Kotak Institutional Equities. Analysts there note that the $7 billion Interglobe Aviation-owned IndiGo is managing well, sustaining 60% market share and gaining from rivals. It also appears to have one of the healthier financial positions. Any assistance, assuming it is equally distributed, will help the entire industry, but IndiGo will benefit the most. (By Una Galani)

Loose kopeks. Russian Finance Minister Anton Siluanov is looking down the back of the sofa after Covid-19 and low oil prices put the country’s public finances into the red. Moscow is considering raising taxes on metals and fertiliser extraction, tobacco sales and the oil industry to bring in around 340 billion roubles ($4.5 billion). The measures will bring in the equivalent of around 12% of the projected budget deficit in 2021.

Siluanov is also looking overseas. Renegotiated tax treaties with financial hubs Cyprus, Luxembourg and Malta are expected to bring in up to a hefty-looking $2 billion a year. Even after the economy recovers from the pandemic, though, Russia will need to find ways to live with a lower oil price. The question is whether the extra tax revenue will be enough to finally rebalance the economy in the long term. (By Dasha Afanasieva)

Return delays. Trainline is one of the few e-commerce companies not to gain from the pandemic. Shares in the 2 billion pound online rail-booking group are down 28% since mid-February. In April and May, UK train journeys were just 5% of the level from a year earlier. The company’s revenue in the six months to Aug. 31 was 31 million pounds, down from 129 million pounds a year earlier.

The risk for Chief Executive Clare Gilmartin is that travellers continue to steer clear. National Rail journeys were back up to 42% of normal levels on Sept. 7, but have since trailed off to 36%. Rising infections will hardly help. Stations may be keen for customers to book online. But people may also travel less. Trainline’s shares are now just 11% above their June 2019 listing price, having initially rocketed away. They may be stuck in the sidings for a while. (By Liam Proud)

The New York Times printing plant is seen in the Queens borough of New York November 17, 2009.