29 May 2020 By Breakingviews columnists 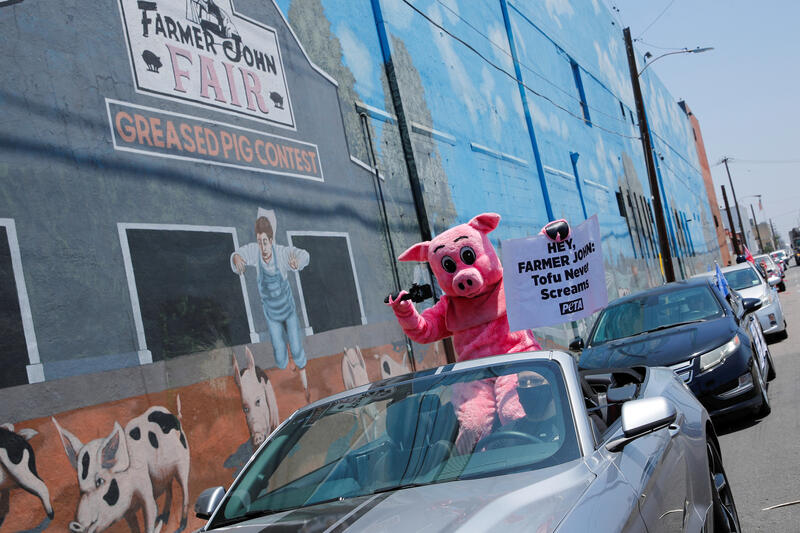 – Saving or not spending

Saving or not spending? U.S. economic data delivered more fodder for the record books on Friday. Consumer spending plunged 14% in April from March as Covid-19 blocked or discouraged outlays on restaurants and bars, non-emergency healthcare, and so on. Despite millions of job losses, personal income surged in the period thanks to government benefits, though that boost will fade.

The net effect was to send the personal savings rate to 33%, nearly double the previous record set in 1975. People tend to spend less and save more when they feel economically insecure. As with so much coronanomics, though, these figures are exceptional. In this case, income hasn’t gone up sustainably and the dive in spending is partly involuntary. Only hindsight will show how quickly consumers’ animal spirits can, and do, return. New types of real-time data from cellphone users – think traffic jams or restaurant bookings – will provide earlier hints than slower official data, too. (By Richard Beales)

Packing pig. New York City’s inflatable rat has a new rival as a symbol of labor protest. “Pandemic Pig” – animal-rights group PETA’s mascot – joined workers at a meatpacking plant in Los Angeles on Thursday protesting conditions at the facility run by Chinese-owned Smithfield. The United Food and Commercial Workers International Union called for the plant to shut after it said more than 150 workers had caught Covid-19.

The pandemic is cutting into meat supplies as crowded working spaces lead to outbreaks. That could lead more customers to try vegan alternatives, making a popular trend even hotter. That helps explain why vegan burger maker Beyond Meat has seen its already inflated market capitalization rise by more than two-thirds since January to nearly $8 billion. Whether it lasts is another question. But the idea of sick workers hacking carcasses – plus a timely assist from “Pandemic Pig” – won’t aid the meat industry’s image. (By Robert Cyran)

Fired up. Stimulants like caffeine speed up messages between the brain and the body. So it’s apt that tea and coffee maker JDE Peet’s accelerated its 2.3 billion euro initial public offering. Companies preparing a listing typically spend a fortnight speaking to investors before publishing a prospectus, and the same amount of time on a so-called roadshow. JDE Peet’s completed the biggest European IPO of the year in 10 days.

Noxious emissions. Renault’s survival plan already looks shaky. The French automaker plans to cut some 15,000 jobs globally over the next three years in a bid to save 2 billion euros in annual costs. But investors, who sent the shares down 5% on Friday morning, are clearly sceptical. Taxed and capitalised, those savings could be worth 15 billion euros after deducting one-off restructuring costs of 1.2 billion euros. That’s more than double Renault’s beaten-up market value.

One cause for cynicism is the French government, which owns a 15% stake. It has refused to sign off on a 5 billion euro state-backed loan until Renault has negotiated with trade unions what proportion of job cuts will fall locally. Faced with plummeting sales, incoming boss Luca de Meo, who begins in July, will have a tricky job proving that Renault’s financial well-being is not beholden to fractious domestic politics. (By Christopher Thompson)

Worse and worse. Japan’s economy looks headed into free-fall as private consumption, capital expenditure and exports all contract. Official numbers show factory output and shopping tumbled at their steepest rates in more than two decades in April, with manufacturing retreating by 9%, led by automakers like Nissan Motor, which on Thursday logged its first net loss in 11 years. Retail sales fell 13.7% from a year earlier.

Tokyo has put together a massive $2.2 trillion stimulus package to stem the slide. The country, which lifted the coronavirus state of emergency in certain regions this week, is lucky in two ways. The yen is stable, and unemployment is still only 2.6% thanks to a structural labour shortage. But that isn’t protecting consumption much. And the spending package is focused on loans to companies as opposed to direct cash handouts, probably because of the latter’s poor track record. The coming months will test policymakers’ fortitude. (By Pete Sweeney)

Champer dampener. Champagne producers have little to celebrate. Global sales of bubbly are expected to slump by a third in 2020, according to producer’s group CIVC, and the downturn could last for many years. Champagne is synonymous with celebration, which is in shorter supply in a pandemic world. The same hangover could also spill over to spirits.

Bars and restaurants remain closed in much of the developed world and household budgets will be stretched when they reopen. That’s why analyst forecasts for a 6%-7% fall in revenue in the year ending June 30 for world’s two biggest spirits companies, Pernod Ricard and Diageo, may be optimistic. Pernod controls Perrier-Jouet and Diageo owns Moet & Chandon through its joint venture with luxury goods group LVMH. Shares in the two companies are down just 10%-12% so far this year. When it comes to champagne, they have little to raise a glass to. (By Dasha Afanasieva)

A PETA protester dressed in a pig costume, holds a sign outside the Farmer John meatpacking plant, where according to Los Angeles County health officials 153 workers have tested positive for COVID-19, during the novel coronavirus outbreak in Vernon, California, U.S., May 28, 2020.