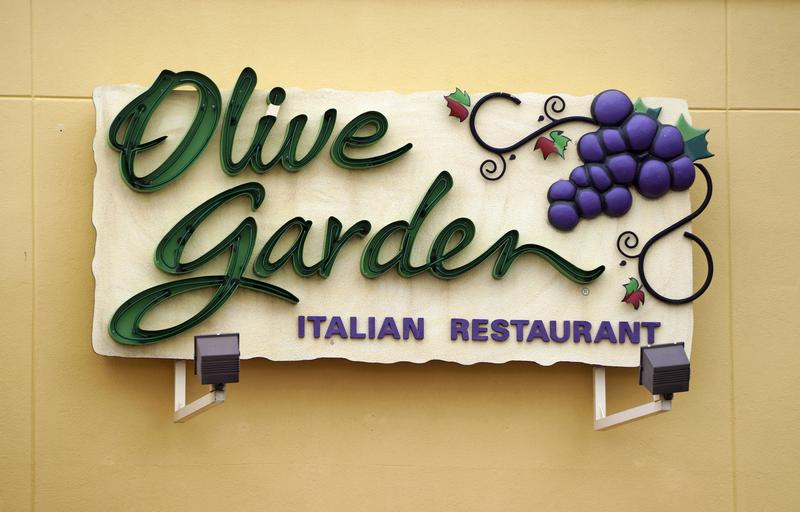 Jab job. Pharmaceutical companies like Johnson & Johnson and Moderna are racing to make Covid-19 vaccines – but the real holdup may be Americans themselves. Less than 40% say they’re likely, or somewhat likely, to sign up for the first-generation vaccine, according to a recent Axios-Ipsos Coronavirus Index, with around a fifth saying they’d wait at least a year. They’re also balking at paying: A third say they plan to pay nothing out of pocket for the jab.

This is bad news for everyone, not just Big Pharma. Fully opening schools, offices, restaurants – indeed, the economy itself – relies, in large part, on people taking a vaccine. A viable jab could boost U.S. growth by a full 3%, according to Goldman Sachs. True, Americans’ minds may change if the vaccine becomes a reality, but this wait-and-see skepticism could prove deadly – and costly. (By Anna Szymanski)

Better on the other side. Darden Restaurants, the owner of food chain Olive Garden, is giving investors comforting results. It reinstated its dividend on Thursday and beat earnings estimates for the quarter ended Aug. 30. Shares jumped 10%.

It’s not that the casual dining company run by Gene Lee hasn’t suffered the same plight as others during Covid-19 lockdowns. Sales of $1.5 billion reflected a 28% year-over-year drop. The good news is that they were up 20% compared to the previous quarter, suggesting cravings for the unlimited pasta bowls are coming back in full force.

Importantly, the company pared down its expenses – EBITDA swung back into positive territory in the quarter. The pandemic may be presenting its fair share of challenges for restaurateurs. But for Olive Garden, it’s nothing a little chicken parm can’t solve. (By Amanda Gomez)

Black gold is red. “What more could possibly go wrong?” No truer words have been spoken in the oil patch than those in response to a survey by the Federal Reserve Bank of Dallas, which published its results on Wednesday. There hasn’t been much good news since Covid-19 torpedoed global economic growth, taking oil prices with it. Respondents took on both sides of the U.S. political spectrum, too. One blamed “poor management by the president and the Senate” while another said that an election win for Democratic presidential candidate Joe Biden would “absolutely kill our industry”.

Either way, the oil price outlook is not good. A majority said the price of West Texas Intermediate crude would be below $45 a barrel by the end of the year, not much higher than the price on Wednesday. That is below where new wells break even, on average, across the United States, according to a report the Dallas Fed published earlier this month. Maybe more could, in fact, go wrong. (By Lauren Silva Laughlin)

Smooth(er) landing. Rishi Sunak is padding the brick wall of debt facing Britain’s small- and medium-sized businesses (SMEs). The finance minister is extending to 10 years from six years the length of its Bounce Back Loan Scheme, which has disbursed 38 billion pounds. Under the old terms, an SME with the average 30,000 pound loan would face 6,800 pounds of annual payments starting next summer, according to Breakingviews estimates. That’s two-thirds of the median earnings a British SME generates in a year. Under the new terms, it’s 4,100 pounds – or two-fifths of median earnings.

That’s better, but still intimidating for an independent hotel or bar that might not generate meaningful cash flow at all this year. Sunak is also allowing firms who struggle with the new terms to suspend payments altogether for six months. That might be more popular than he suspects. (By Liam Proud)

Sugar high. The lockdown boom in at-home exercise may have peaked. Echelon Fitness said this week that it was releasing a so-called Prime Bike on Amazon.com, costing less than a third of cycling giant Peloton Interactive’s original model. But Amazon has since disavowed any formal relationship with the product.

Companies have good reason to jump into the virtual fitness craze at full speed. Peloton’s share price is up over 230% this year, and other companies, like Zwift and Mirror, are posting lofty valuations, despite the total addressable market being smaller than they collectively claim. It isn’t the only industry riding the financial markets boom either. From electric vehicles to online gaming, companies are hitting up over-jazzercized investors.

These stories are big red flags. Buzzwords and loose relationships can boost company valuations when markets are frothy. They’re not just warnings that the individual company might have problems – but that the entire industry could be riding an artificial rush. (By Anna Szymanski)

Bond or bust. Cinemas are in a fight for survival. With a second wave of Covid-19 unfolding and studios delaying blockbusters, movie theatres are struggling to lure viewers. That’s an acute problem for debt-laden Cineworld, which on Thursday warned its future depends on relief from creditors. Chief Executive Mooky Greidinger needs to get debt below 9 times EBITDA by the end of the year. But net borrowing, excluding leases, was $4 billion at the end of June, while first-half EBITDA was just $53 million. The UK company’s shares fell 12% by midday on Thursday.

Although more than 70% of Cineworld’s theatres have reopened since June, audiences and movies have not returned. Potential crowd-pleasers like Marvel’s “Black Widow” have been delayed to next year, while Walt Disney released “Mulan” online. The next James Bond movie, “No Time to Die”, arrives in November. Bringing crowds back to cinemas may be 007’s toughest mission yet. (By Karen Kwok)

Hard to get. UniCredit is becoming Italy’s most desirable bank M&A partner. The 15 billion euro lender run by Jean Pierre Mustier is reluctant to participate in the consolidation of the country’s fragmented financial sector. Yet potential partners keep lining up. UniCredit may pursue a tie-up with smaller rival Banco BPM, Italian financial daily MF said on Thursday. That would be an alternative to a potential rescue of state-owned lender Banca Monte dei Paschi di Siena.

BPM has good reason to seek a union. After Intesa Sanpaolo’s purchase of UBI Banca, another merger between two rivals could leave the 2 billion euro lender to fend for itself in a more competitive market. But UniCredit also has an interest in playing the field. Italian Finance Minister Roberto Gualtieri is desperate to offload Monte Paschi and UniCredit is his best hope. By showing he has alternatives, Mustier has a better chance of persuading Gualtieri to give Monte Paschi away for free. (By Lisa Jucca)

Work from home. WeWork may be riding out the pandemic by staying closer to home. The troubled U.S. office-sharing outfit will sell control of its Chinese business to existing investor and Shanghai-based private equity firm Trustbridge Partners. Terms of the deal were not disclosed, but WeWork concurrently announced that the China unit received $200 million in funds from existing investors.

WeWork could certainly use the help. Even before Covid-19 struck, China’s fiercely competitive commercial property market suffered from an inventory glut. Vacancy rates in 18 major cities tracked by CBRE climbed to 24% in the second quarter, from an already high 21% a year earlier. A slow economic recovery, which has hit the country’s technology startups particularly hard, will further weigh on demand. Still, it may not be all that bad for WeWork China’s new bosses. With China’s unpredictable lockdown rules and companies cutting budgets, businesses may find flexible and short-term office leasing more appealing. (By Yawen Chen)

The cat’s meow. Spending on dog food, cat litter and flea collars is proving resilient in the Covid-19 recession. Pets at Home said on Thursday it expects that underlying pre-tax profit for the year to March 2021 will be ahead of current expectations of 73 million pounds. The upbeat statement cancelled out fears about another lockdown hitting the British company’s 453 retail stores. Its shares soared 17% on Thursday morning.

The 1.8 billion pound company’s bottom line is still down on the most recent financial year, when underlying pre-tax profit was 100 million pounds. Nevertheless, pet owners’ generosity is good news for big consumer groups, including Nestlé. The Swiss owner of Purina PetCare has been expanding its offerings for domestic animals. Chief Executive Mark Schneider will doubtless be relieved that owners are willing to keep spending on their furry friends. (By Dasha Afanasieva)

The sign outside the Olive Garden restaurant is seen in Westminster, Colorado, March 19, 2015.