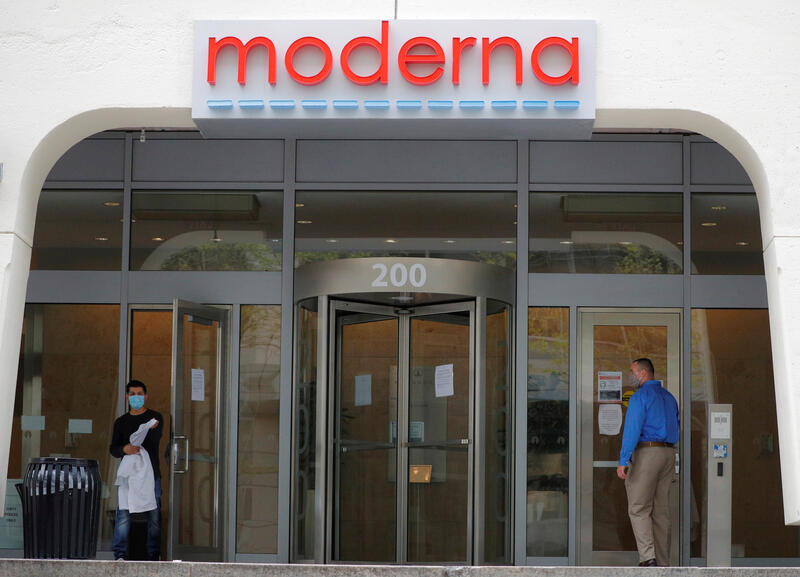 Cash out. Merck, the $206 billion U.S. drugmaker, said on Wednesday that it’s selling its stake in Moderna, the $56 billion biotechnology company that has developed a highly effective Covid-19 jab and seen its share price spike over 600% this year. The pharmaceutical giant’s original $50 million investment made in 2015, with a booster shot in 2018, netted a nice gain, Merck says.

This divestment isn’t a sign that Merck has lost faith in the vaccine developer. It’s still going to be exposed indirectly through venture funds and says it will continue to work with Moderna on developing cancer vaccines. But Merck’s share price is down almost 10% this year, so reallocating capital makes sense. And with multiple vaccines likely to be approved and distributed in 2021 from competitors like Pfizer and BioNTech, it’s safe to assume that another sevenfold share price boom isn’t in the cards. (By Anna Szymanski)

Soft landing. Tui bondholders are getting a free ride on the German government’s largesse. The travel operator is lining up its third bailout, which will see the country’s WSF stabilisation fund take a stake through non-voting shares, Reuters reports. Tui’s largest shareholder, Russian billionaire Alexey Mordashov, may also contribute.

The pandemic has been brutal for the group which operates cruises, flights and packaged holidays, as demand from sunseekers has collapsed and planes stuck on runways. Even with a recovery expected next year, debt of 3.9 billion euros will exceed four times EBITDA, according to Refinitiv data. Yet Tui’s bonds maturing in that same year have rallied from around 65% of par in May, to trade at around face value. They are offered at a juicy yield of around 6%. The more the government digs into its pocket, the less risky they become. (By Neil Unmack)

Sweet-scented. A pleasanter kind of airborne substance could sweep the globe next year. Shares in Paris-listed Interparfums, which makes perfume for fashion brands such as Montblanc, Coach and Jimmy Choo, rose more than 3% on Wednesday after the company upped its forecast for 2020 sales. More importantly, operating margins could swell into double digits next year as delayed launches, such as the first fragrance for women from designer Kate Spade, drive “robust growth” for worldwide aromas.

That will be necessary to justify shareholders’ pungent optimism. Despite revenue falling by a third this year, a 27% share price bounce means the scent-maker is now worth $2.6 billion, a redolent 62 times forecast earnings, according to Refinitiv data. Third-quarter results give some reassurance. Double-digit year-on-year sales increases in Asia and a more surprising 12% rise in France back up Chief Executive Philippe Bénacin’s belief that homebound customers will seek olfactory pleasure as lockdowns end. (By Christopher Thompson)

WeWonder. Repeat borrowing can be annoying, particularly if the borrower is failing to spend the cash it says it needs. IWG is in just such a situation. The small WeWork rival on Wednesday raised 300 million pounds in funky debt that converts into equity, having tapped investors for 320 million pounds in fresh equity in May. The 3.2 billion pound property owner’s shares fell nearly 10% on the news.

Share prices often dip when companies issue convertible debt, unless they have a specific use for the proceeds that could offset the ensuing dilution. Chief Executive Mark Dixon says he needs the cash to spend on opportunistic takeovers, as he has spotted over 300 million pounds’ worth of targets in the United Kingdom, a bolt-on acquisition, and other targets across Europe, the United States and Asia. But following the May fundraising he had nearly 900 million pounds to deploy. Perhaps he should have spent some of those funds before passing the cap. (By Aimee Donnellan)

Festive mood. Investors no longer fear a bitter Italian motorway-concession row. Trouble-hit Autostrade per l’Italia’s $1.5 billion eight-year bond issue, the first in three years, drew demand worth three times that amount. Yields were not too distant from pre-crisis levels. Despite the group’s junk status, the new bond’s 2% coupon is only marginally above the 1.75% of a long-term note issued in 2017, a year before a fatal Genoa bridge collapse prompted Rome to threaten the withdrawal of the Benetton-controlled group’s lucrative motorway concession, risking a default of Autostrade. That row is now predicted to come to an amicable end.

Investors are also looking beyond the pandemic. Motorway traffic is down more than a third from last year, but considerably less than the 62% air-traffic contraction in Europe. It’s also expected to bounce back more rapidly once Italy lifts lockdown curbs. By buying the notes, investors are signalling that they believe that Autostrade can ride by both the concession row and the pandemic. (By Lisa Jucca)

Up Down Under. Australia’s rebound has officially begun. The country vaulted out of recession with 3.3% GDP growth in the three months through September, the strongest quarterly gain in more than 40 years. Consumer spending, including at restaurants, helped power a surge in activity buttressed by government stimulus measures and lower interest rates.

The $1.5 trillion economy, which contracted 3.8% in the first nine months of 2020, has at least a year to go before reaching pre-pandemic levels, as Treasurer Josh Frydenberg acknowledged on Wednesday. Fresh financial support for travel agents and beyond should keep fuelling expansion, as will the recent end of a lockdown in the state of Victoria, which accounts for about a quarter of GDP. Weak net exports, however, hurt more than in any single quarter since 1980, according to the Australian Bureau of Statistics. Travel restrictions and an escalating trade spat with China will do little to help. (By Jeffrey Goldfarb)

To the off-ramp. Wagers on a shift away from public transport are getting bigger. Voi, a Swedish electric-scooter-sharing provider, said late on Tuesday that it was raising new funding of $160 million from investors including The Raine Group and executives from Amazon.com, Delivery Hero and Klarna. That’s less than a month after its German rival Tier raised $250 million from SoftBank Group, which valued that company at under $1 billion.

The pandemic has turbocharged investors’ appetite for the two-wheeled transports. Instead of seeing them as toys, people are increasingly using e-scooters, which are seen as a safer way to run errands than public transport. Cities are also opening up to allow scooters on the street. As a result, the business model has proven sustainable. A big remaining obstacle is competition. Of the 16 companies that applied for licences to operate in Paris, only three of them were chosen. The upcoming battle to fight for operation in London will be brutal. (By Karen Kwok)

A sign marks the headquarters of Moderna Therapeutics, which is developing a vaccine against the coronavirus disease (COVID-19), in Cambridge, Massachusetts, U.S., May 18, 2020.