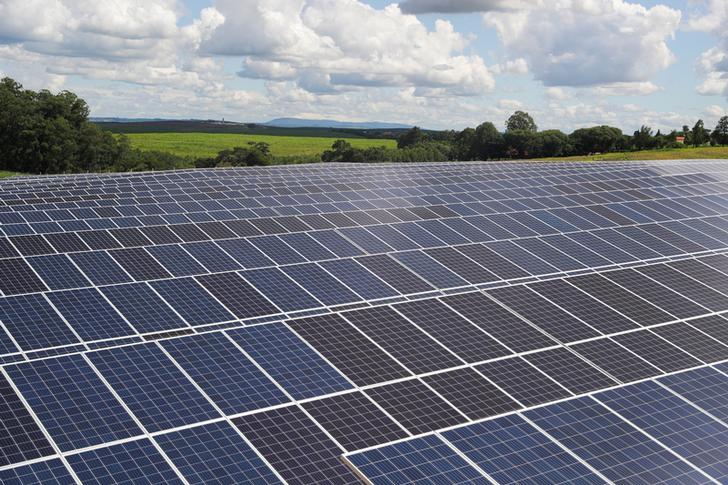 Full circle. Consumer concerns about waste and the climate are opening up new investment opportunities. That was one of the takeaways from a Reuters Breakingviews 2021 Predictions panel of senior money managers on Wednesday.

Town house and country mouse. The pandemic has prompted many citizens to flee large metropolises to escape lockdown misery. Yet some city-dwellers’ habits are hard to shake, like eating out. Research from Barclays shows that house prices outside big U.S. cities are indeed rising faster than in urban areas, but only in regions packed with local amenities.

Despite being already priced at a premium relative to the city, house prices in U.S. vacation and resort towns rose nearly 7% between March and November 2020. This was faster than the around 6% increase in urban and suburban areas. By contrast, prices for real estate in more remote regions only grew 4%. That suggests Americans have a limited desire for rural isolation. Despite Covid-19, predictions of a permanent exodus to the countryside may be greatly exaggerated. (By Lisa Jucca)

Laundry day. Procter & Gamble is benefitting from cabin fever. The Cincinnati-based company’s net sales increased 8% in its second fiscal quarter ended in December compared to the same quarter last year, to $19.7 billion. The big sellers were in the fabric and home care products division, as Downy and Tide detergents and softeners pushed net sales up 12%.

That encouraged the company to increase its full-year outlook, projecting as much as 6% growth in sales, double the low end of its previous range. Still, P&G’s management is cautiously optimistic. Chief Financial Officer Jon Moeller said that the higher expectations for the year were because of the last two quarters, not because of an expected boom in the second half of their fiscal year, which ends in June. If the incoming U.S. administration led by Joe Biden can help get Covid-19 under control, dirty laundry may start to pile up. (By Amanda Gomez)

Lockdown lifted. Jack Ma, China’s best-known billionaire, has resurfaced just as abruptly and mysteriously as he disappeared from the public eye three months ago. A 50-second video showing the charismatic founder of Alibaba and privately held Ant in an unknown location addressing a group of teachers was enough to send shares of the e-commerce group up as much as 10% in Hong Kong on Wednesday afternoon.

Ma’s reappearance should help ease some concerns over his whereabouts. The tycoon attracted official wrath when he publicly railed against China’s financial system in October. Regulators promptly suspended the $37 billion initial public offering of payments group Ant and launched an antitrust investigation into Alibaba. But while Ma appears to have emerged from his lockdown safely and soundly, the fate of the two companies is only slightly less uncertain than before. (By Robyn Mak)

Corporate Klarna. International Airlines Group is taking the “buy now, pay later” philosophy popular with online shoppers to new heights. Not only has the airline group which owns British Airways managed to halve the price of Spanish transatlantic carrier Air Europa to 500 million euros, it also won’t have to pay until 2027.

The delay is a double win for new Chief Executive Luis Gallego. IAG has over 10 billion euros of available liquidity but reported a 1.3 billion euro operating loss from August to September, putting a premium on cash preservation. That said, six years should be ample. Furthermore, assuming a 5% discount rate, a rough estimate of the sector’s cost of capital according to Aswath Damodaran of NYU’s Stern School of Business, IAG is only paying 373 million euros in today’s money. The alternative would have been to activate the get-out clauses in November’s original purchase contract. IAG’s lawyers have earned a glass of in-flight bubbly. (By Ed Cropley)

Blind spots. Maybe the rich will listen to each other this time. Employment troubles lead the list of expected dangers for the next two years, according to a survey of over 650 World Economic Forum members distilled into an annual compilation of global risks. Covid-19 has accelerated trends of digitisation and remote work, but those conditions also could exacerbate existing inequalities and create new ones.

Identifying the problem is only the first step. If business and political leaders had paid heed to previous risk rankings, they could have been better prepared for the pandemic. Earlier reports tipped frequent disease outbreaks and overstretched health systems. President-elect Joe Biden wants to lift the U.S. minimum wage, but many politicians are also dragging their feet on implementing a wealth tax, for example, in a grim reminder that too few lessons are being learnt from this crisis to stave off the next. (By Una Galani)

Final orders. Britain’s pubs are entering the last chance saloon. On Wednesday London-listed JD Wetherspoon announced it would tap shareholders for some 93 million pounds to keep the lights on while drinkers drown their sorrows at home. The equity placement, priced at a roughly 10% discount to Tuesday’s close, is on top of the 138 million pounds the company raised last April, and buys Chairman Tim Martin an additional seven months if he keeps burning cash at the current rate. Investors cheered the fact that Martin has elbowed in front of competitors: Wetherspoon shares rose 5% in mid-morning trading.

Plunging top lines make All Bar One owner Mitchells & Butlers and rival Marston’s look even more sozzled financially: including leases, they’re carrying respective net debt piles equal to 8 and 13 times forward EBITDA, according to Refinitiv-compiled analysts’ forecasts. As the UK lockdown drags on, expect them to place their orders next. (By Christopher Thompson)