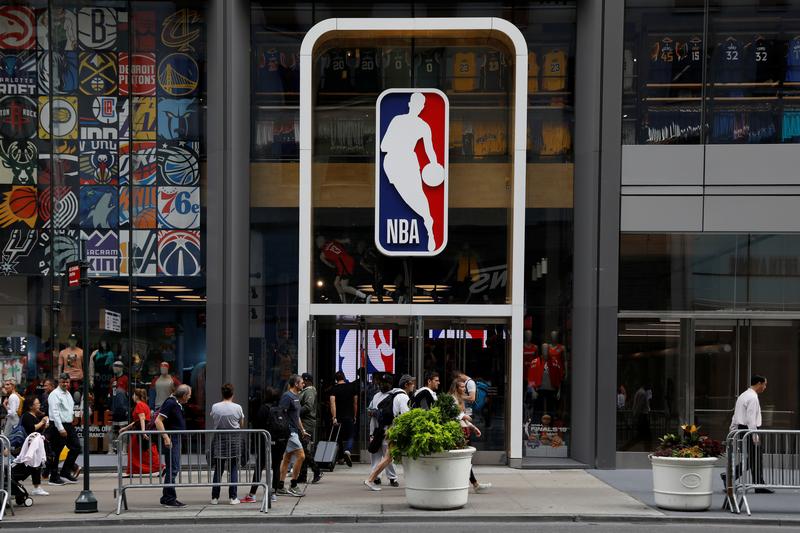 Open up and dribble. The National Basketball Association is paying it forward. On Saturday, the U.S. Food and Drug Administration authorized the use of a simple, cheap coronavirus test called SalivaDirect that was tested on NBA players and received over $500,000 in funding from the league and the National Basketball Players Association, according to ESPN. Developed at Yale University, the test could cost customers $20 or less per sample, almost 90% less than the current leading saliva test’s official price.

This is a slam dunk move for the hoopsters. The outlay equals a measly 0.006% of NBA teams’ almost $9 billion in revenue the New York Times said they raked in last season. And it can help offset some of the negative media coverage athletes have received for their seemingly privileged access to rapid testing. So it’s a self-serving win. Regular Americans get a much better test, and they can watch the NBA playoffs. (By Anna Szymanski)

Desperately seeking bottom. Japan has posted a third consecutive quarter of contraction, with economic output declining 7.8% in the three months through June compared with the previous quarter. With real gross domestic product standing around $4.6 trillion, Covid-19 and the Sino-U.S. trade war may be jointly blamed for erasing the growth generated by Prime Minister Shinzo Abe’s “Abenomics” revival package. Or so Abe might prefer.

In fact, key reforms remained works in progress when external shocks hit, and Abe made mistakes, most notably with an ill-timed consumption tax last year. The stimulus package, advertised as 40% of GDP, hasn’t done much for exports or shopping. But the government spending component of those measures is only worth 5.6% of GDP, according to HSBC estimates. With core inflation at 0%, the spectre of psychologically crippling deflation looms, and with it the risk of another lost decade. (By Pete Sweeney)

Ahead of the mutation. Using gig workers allows Uber Technologies and Deliveroo to keep a lid on costs. But Just Eat Takeaway.com is planning to move in the opposite direction. Jitse Groen, boss of the $16 billion food delivery company, told the BBC that he would end gig working at his company across Europe. He will incur some costs in the short term. But they will be less than might be expected.

The company already provides insurance to its drivers in some countries, including the Netherlands and Germany. For most of its European food delivery orders, the company hooks up restaurants and customers online without providing logistics. That means there won’t be many freelance drivers asking for extra insurance payments. Gig workers that have been lifelines during coronavirus may force change at rivals. If so, Groen is stealing a march on his competitors at very little extra cost. (By Karen Kwok)

On your sharks. U.S. investor General Atlantic is buying a fifth of UK workout clothes company Gymshark, valuing it at more than 1 billion pounds. The valuation of 4 times sales in the year to July 2020 looks pricey compared with established players like Under Armour which trades at 1 times sales. Covid-19 is also a concern: the closure of gyms gave fitness fanatics fewer opportunities to show off their coordinating threads in recent months, and the threat of further waves of Covid-19 infection may make gym bunnies reluctant to return.

Still, the e-commerce brand has built a community of customers who are working out at home and revenue growth in the first three months of 2020 was its best yet. While the startup may never stretch to U.S. yoga brand Lululemon Athletica’s 12 times sales multiple, there is reason to believe the hype. (By Dasha Afanasieva)