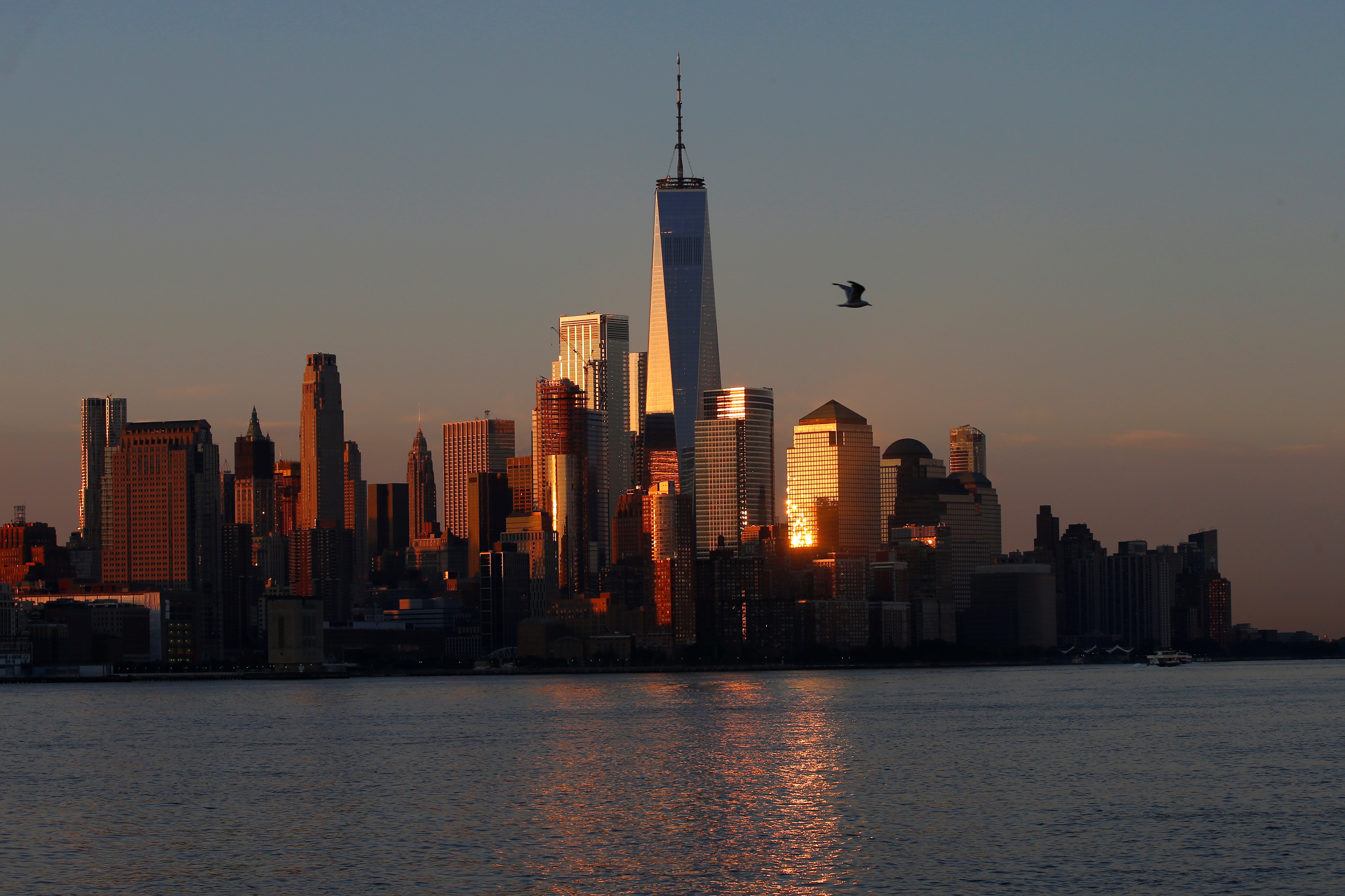 Trading places. Nearly 3.6 million people fled the New York City metropolitan region this year through early December, according to a recent Unacast study using cellphone data. The city was an early Covid-19 hot spot, and tight quarters weren’t appealing during a lockdown. While roughly 3.5 million people also moved in, these new residents have lower incomes on average, resulting in an overall income loss of $34 billion, according to the analytics company. This follows three years of pre-pandemic population decline, per Census Bureau estimates.

Richer residents could return as the city comes back to life. Or it could be a self-reinforcing cycle. New York State and local governments project a $59 billion budget hole through 2022, and the transit authority that controls subway lines could slash service further if no federal aid arrives. If budget woes result in higher taxes and additional cuts, more wealthy people might consider leaving, further exacerbating the problem. Like the Big Apple itself, whoever wins in next year’s mayoral race may never sleep. (By Anna Szymanski)

Grass Fed. Maybe Jay Powell has had time to reflect on climate change while stuck at home during the pandemic. The Federal Reserve, which he chairs, on Tuesday said it had formally joined the Network for Greening the Financial System, a belated move that brings the U.S. central bank in line with major peers elsewhere. The organization’s goal is centered on managing environmental and climate risks as they affect the global financial sector.

The Fed was already a participant in the network’s activities but has resisted officially signing up until now. Powell aims to avoid political statements, and global warming is highly politicized in the United States. This move came hot on the heels of Monday’s electoral college vote confirming Democrat Joe Biden’s win over Donald Trump in November’s presidential election. Even if Powell’s thinking has evolved, the main message may be how the climate in Washington, D.C. is changing. (By Richard Beales)

Deals on wheels. Groupe Bruxelles Lambert is the latest big investor to hop on the pandemic-induced bike craze. The holding company for the Frère and Desmarais families on Tuesday announced it had bought a majority stake in Canyon Bicycles. Like other manufacturers, the German company founded by Roman Arnold has done brisk business as Covid-19 encouraged people to exercise outdoors and avoid public transport. Sales have almost doubled in the past three years and now exceed 400 million euros.

The deal ticks several boxes for GBL, which has scaled back its exposure to oil and is investing more in healthy living, sustainable transport and digital sales. Canyon sells its bikes, which range from a $1,700 road bike to a $12,000 model for triathletes, via the web. It has also branched into fast-growing battery-powered e-bikes. As big cities encourage citizens to embrace two-wheeled transport, the global bike boom looks set to keep rolling. (By Peter Thal Larsen)

Safe as leveraged buyouts. The private equity industry promises to deliver higher returns than public stock markets, and lower volatility in rough times. The pitch was partially vindicated by the first wave of the Covid-19 crunch, according to new data from eFront. Buyouts globally delivered a negative return of around 6% in the first quarter of 2020. That compares favourably with a roughly 20% loss on the S&P 500 index, and a 24% hit for the FTSE 100.

The lessons from the second quarter are less clear. Public stock markets bounced back more quickly than in previous crises. And technology stocks boomed as more activity shifted online. As a result, investors who put their money in an S&P 500 tracker fund would have only suffered a 4% loss by June, versus an 8% and 10% hit for U.S. and European private equity funds. The sector has yet to prove it is a Covid-19 winner. (By Neil Unmack)

Swinging for the fences. When the world zigs, A-Rod zags. Baseball great Alex Rodriguez is joining a new hotel investment fund, CGI Merchant Group, according to the Wall Street Journal. The plan is to raise $650 million to invest in properties with Hilton Worldwide. That’s as hotel occupancy has fallen dramatically as a result of the Covid-19 crisis, crippling travel. Marriott International is axing 850 workers at its New York Times Square property, for instance.

Last month the American Hotel & Lodging Association said that 71% of hotels won’t survive the next six months if more government aid doesn’t come. That could be an exaggeration, but 59% also said they were in danger of foreclosure. The world could change quickly if vaccines are distributed speedily and successfully. But still, the numbers suggest A-Rod and his partners had better have a batting average better than 500. With investing, like baseball, timing is everything. (By Lauren Silva Laughlin)

Go home. Record-high Covid-19 infections across Japan have forced Prime Minister Yoshihide Suga to temporarily suspend a $13 billion domestic travel-subsidy scheme. Known as “Go To Travel”, the controversial campaign, which offered discounts on transportation, hotels, restaurants and attractions for local trips, kicked off over the summer even as health experts and other officials warned against the idea. Critics called the initiative “Go to Hospital”.

It’s an embarrassing reversal for Suga, who backed the initiative even before he became prime minister in September. The idea is that reviving domestic tourism would help boost Japan’s tentative economic recovery; last year, local travellers spent 21.9 trillion yen ($210 billion), nearly five times more than foreign visitors. But with coronavirus cases rising and public opinion turning against Suga, going nowhere may be best. (By Robyn Mak)

Retail relief. High street giants have partial immunity to the effects of rolling lockdowns. Although peers like Topshop owner Arcadia have collapsed amid the pandemic, Inditex, which owns Zara, is reversing a decline in its sales. In its third quarter from August to October, revenue fell 14% versus the same period last year. This was a recovery from the 31% drop in the second quarter. A 76% third-quarter surge in online sales also took the sting out of forced store closures. A similar strategy from H&M meant its sales were only down 10% in the three months to end-November versus the same period last year.

The online sales surge is helping to restore Inditex’s business. In October, when lockdown measures were eased in many of its big markets, Inditex matched the sales it achieved during the same period in 2019. And although its sales in the first week of December were only 87% of those recorded last year, its 26% share price recovery since then suggests investors reckon retail giants are sheltered from the storm. (By Aimee Donnellan)

Over the edge. Governments should brace for a tidal wave of corporate distress. That’s the cheery premise of a new report from the Group of Thirty, a think tank of former regulators and central bankers. The study, led by former European Central Bank boss Mario Draghi and Raghuram Rajan, his former Indian counterpart, argues that government spending and guaranteed loans have masked the dire state of companies’ finances. As states withdraw support, they risk a “cliff edge” of insolvency.

Governments will still need to support some companies. But the authors say they should do so by injecting equity, rather than offering more debt. At 91% of GDP, corporate leverage before the pandemic was already higher than during the 2008 financial crisis. Further tips include letting market forces work but being wary of a rush of insolvencies overwhelming the bankruptcy process. If that fails, widespread debt forgiveness may be the solution, particularly for the smallest firms. (By Peter Thal Larsen)

A view of the One World Trade Centre tower and the lower Manhattan skyline of New York City at sunrise as seen from Hoboken, New Jersey, U.S., August 9, 2017.