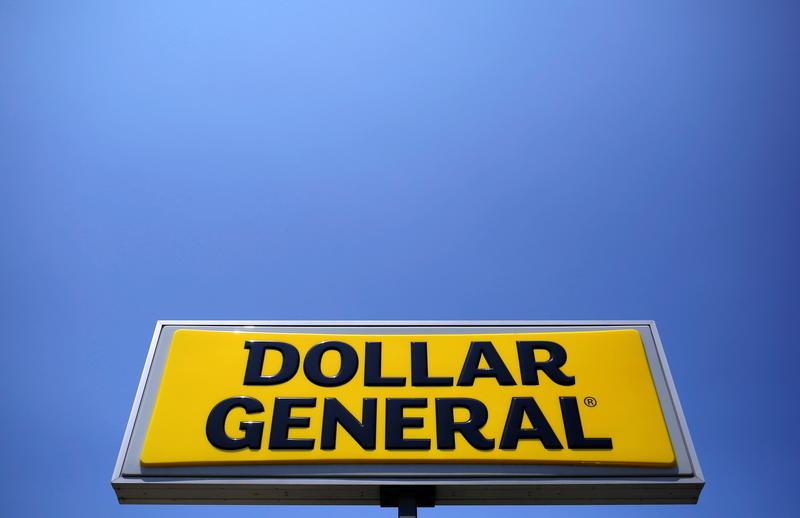 Rapid testing. Investors may be focused on how soon a coronavirus vaccine will arrive to end the coronavirus pandemic. But rapid, cheap testing will arrive sooner and may be more important. The emergency approval of Abbott Laboratories’ $5, 15-minute test added $13 billion to its maker’s market value on Thursday morning.

America’s testing campaign has been a disaster, with too few kits and people waiting too long for results – an average of four days in July, a survey shows. That’s roughly the same as April. Such delays make tests close to useless, as outbreaks can fester.

Abbott’s test requires a less invasive nasal swabbing than other iterations and appears reliable, at least in a clinical trial. The company plans to produce 50 million per month starting in October, about twice as many as all Americans tested in July. Assuming Abbott can distribute them effectively, it’s potentially a big step forward. (By Robert Cyran)

Buck stops here. Dollar General is hitting the pandemic sweet spot. On Thursday, the $50 billion discount retailer reported an almost 19% second-quarter increase in same-store sales from the same period last year, crushing the average analyst estimate by over 3 percentage points. While its share price has slipped from a record high, it’s still up around 30% this year, outpacing Walmart.

It’s clearly benefitting from 2020 anxiety. Store traffic may have fallen, but average transaction totals rose. Quarantines led consumers to stock up on essentials, while a severe economic contraction left millions out of work or worried about money. Its rival Dollar Tree – which is about half its size – also outperformed quarterly sales estimates, though with more modest results.

Granted, panic-shopping is likely to subside. But people will always need to buy food. And the congressional logjam over the next round of stimulus from Uncle Sam could prompt even more consumers to start counting pennies. (By Anna Szymanski)

Job cuts. It bodes ill for the job market when recruiters cull their own staff. Hays said on Thursday that the fees it earns from placing white collar workers in temporary and permanent positions collapsed by 34% in the three months ending June from the same period last year. Chief Executive Alistair Cox plans to cut costs by trimming his workforce, which had already shrunk by nearly a tenth in June compared with a year earlier.

Corporate recruitment in the United States and Europe has stalled since the outbreak of the pandemic in March. Hays said that it was seeing modest signs of improvement in the permanent placements while temporary jobs were stable overall. And Cox sounded an optimistic note on group fees which started to stabilise in May. But its planned layoffs suggest a sustained rebound in the labour market may be some way off. (By Aimee Donnellan)

Looking up. Advertising giant WPP can breathe a little easier. The London-listed company on Thursday said second quarter revenue fell 18.4% from a year earlier and declined 15.1% after deducting costs that are passed onto clients. While grim, the second metric was better than the drop of a fifth that had been expected by analysts. As advertising campaigns resume, so will dividends. Chief Executive Mark Read declared a 10 pence per share interim dividend for 2020, having scrapped the 2019 payout.

It’s not just the pandemic that Read wants to put behind him. The company’s 2.7 billion pound write-down, mainly on a dotcom deal, helps move the company on from his predecessor Martin Sorrell’s era. Shares rose 5% despite the hit to profit because investors viewed the move as a sign of a conservative management in uncertain times: a welcome approach for an industry in flux. (By Dasha Afanasieva)

Some of the gains may last. Poker players’ average weekly spending rose 5% from a year earlier to 10.40 pounds, while PokerStars’ had 70% more daily customers in the second quarter. The number of online bettors in Flutter’s sports-focused UK and Irish unit is growing more quickly than before Covid-19. Even if customers lay off the booze after lockdowns lift, their penchant for a punt may persist. (By Liam Proud)

Spilt milk. China Mengniu Dairy is making the most of a sour situation. First-half net profit at the Hong Kong-listed company fell 42% year-on-year, contracting much faster than revenue, on the back of coronavirus-related expenses. But the $18 billion dairy giant is optimistic about the future, insisting the pandemic has raised consumer interest in health and nutrition and, by extension, dairy products.

That’s some consolation. Mengniu’s dealmaking prospects are less likely to recover anytime soon. On Tuesday, the company effectively gave up on a A$600 million, about $430 million, acquisition of Kirin’s wholly owned Australian dairy business. It followed reports that authorities Down Under might block the sale by the Japanese seller. Countries around the world have become more circumspect about Chinese capital as the People’s Republic leads a global economy recovery. Mengniu’s profits might bounce back but there is still plenty of pandemic-related split milk. (By Sharon Lam)