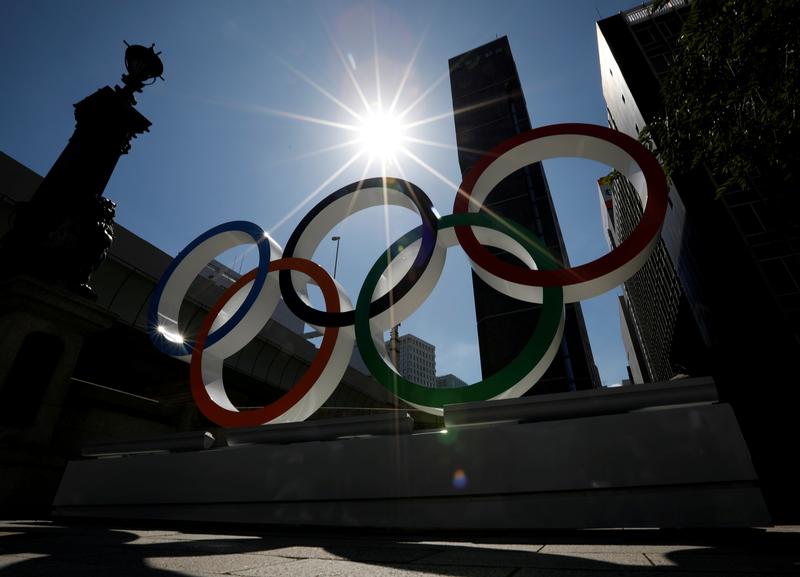 Mutual self-interest. The shambolic American pandemic response means opportunities big and small for businesses to help others – and themselves. Uber Technologies’ offer of free and quick contact tracing for coronavirus exposure is a case in point.

The ride-hailing firm offers public-health departments worldwide a portal to track passengers and drivers suspected of being infected. That can help find others who may have been exposed, or block carriers from using Uber and spreading the disease.

It’s useful, but not a huge tool in the fight. So far, there have been 560 virus-related requests globally, and 158 domestically. But finding even a few infected passengers can be useful, especially if they’re super-spreaders.

In addition to health concerns, there’s another benefit for Dara Khosrowshahi’s firm. It has a history of conflict-laden relationships with local and national governments over the legalities and details of ride hailing. Currying a bit of favor with overwhelmed officials today might help Uber tomorrow. (By Robert Cyran)

Coronaviruses vs. Olympic rings. Tokyo 2020 was originally due to start this week and is now set for a year’s time. The organizers have the worries of both governments and major sports organizations over Covid-19. Should delegations of athletes be slimmed down? Should spectators – whether Japanese or foreign – be allowed? If so, how can health safeguards be maintained? If not, what about ticket refunds? When do final decisions have to be made?

The whole shebang is “endangered” according to the Wall Street Journal. Meanwhile, fewer than a quarter of Japanese people are in favor of holding the Olympics as now scheduled, according to a Kyodo News survey on Sunday. Nearly 60% of respondents expressed discontent with Prime Minister Shinzo Abe’s handling of the pandemic, too. And Tokyo is experiencing a Covid-19 flare-up. With an official but understated Olympics budget of $12.6 billion, it’s no surprise some might think the priority should be elsewhere. (By Richard Beales)

Vaccine frenzy. The UK is trying to create a cottage industry out of vaccines. The government has agreed to buy some 90 million doses of inoculations against Covid-19 from Germany’s BioNTech and France’s Valneva. Add those to the 100 million doses it has already ordered from AstraZeneca, and each UK citizen could get nearly three booster shots. Helpfully, the Valneva order will also create jobs at the group’s Scottish facility.

Hedging your bets makes sense. It’s unclear which of the many vaccines in development will provide the best defence. AstraZeneca’s uses a chimpanzee disease to inject elements of Covid-19 into the body. BioNTech’s introduces coronavirus genes into human cells, while Valneva’s uses an inactivated virus. But there is not a single vaccine in development that can prevent the disease from being transmitted, which may cause even inoculated people to stay home, hurting the economy. Given the probable slow recovery, creating jobs has a certain logic. (By Aimee Donnellan)

Pandemic twist. The pandemic may offer EssilorLuxottica an excuse to lower the cost of its toppy GrandVision purchase. The 53 billion-euro eyewear giant agreed last year to buy the Dutch retailer for about 7 billion euros. As with other pre-virus cash deals, that price now looks inflated. And the European Commission may make the takeover even less appealing by demanding big store sales.

This may be why the Ray-Ban maker sued its target on Friday, accusing it of breaching a deal pact by not fully disclosing how it’s fighting the emergency. GrandVision rejects the claims. But it’s recovering more slowly than U.S. peers, says Bryan, Garnier & Co. And its net debt is fast approaching a cap of 993 million euros agreed when the deal was struck, potentially requiring top investor HAL to inject cash. With the risk of a second pandemic wave rising, the temptation for EssilorLuxottica to haggle for a lower price will grow. (By Lisa Jucca)

Digging out of a hole. It’s a bad time to be an oilfield-services company. The slump in both demand for fossil fuels as well as the lower price of black gold has brought the market for drill bits, cement and the like to a virtual halt. Shares in Halliburton are down more than 40% this year, worse than Big Oil firms Exxon Mobil and Chevron. But second-quarter results on Monday show Halliburton Chief Executive Jeff Miller playing a bad hand better than expected.

The company still lost $1.7 billion in the three months to the end of June. But Miller has cut costs faster than analysts expected, allowing Halliburton to generate cash rather than burn it. That was past due; Halliburton was losing money even before the virus and Saudi Arabia-Russia oil-price war hit. Miller’s next trick is to prove he has done enough to return Halliburton to profit when demand improves. (By Antony Currie)

Pandemic jitters. Julius Baer made hay in the first half of the year. The Swiss private banking group on Monday reported net profit of 491 million Swiss francs over that period, up 43% from a year earlier, thanks to frenetic trading by rich clients. Boss Philipp Rickenbacher said the second half could be challenging. If market activity were to fall back to pre-pandemic levels, the bank would struggle to make decent profit on managing client assets while interest rates remain ultra-low. The poor performance of asset management Kairos has also been dragging down Julius Baer’s advisory fees.

The Covid-19 pandemic is not yet under control in several countries. And there are growing fears that a new wave of infection may be on its way. U.S. elections in November and global tensions surrounding China could also make asset prices more volatile. But as the first half showed, if markets jitters come back, Julius Baer may again benefit. (By Lisa Jucca)

Strong prognosis. Frans van Houten, chief executive of healthcare-kit specialist Koninklijke Philips, was finally able to deliver some good news about the patient’s progress on Monday. After a dire second quarter, in which hospitals paused non Covid-19 equipment orders and sent Philips’ sales down 6% year-on-year, he sees signs of life. Orders, which will be booked as revenue in future quarters, were 27% higher than a year earlier. And it’s not just ventilators: Hospitals want more specialist scanners too, van Houten said.

That pushed Philips’ shares up by almost 4%, taking its market value to a record 41 billion euros. The rally may have further to go. It’s likely that governments and hospitals will raise spending after the pandemic, scarred by images of overcrowded intensive-care units. Selling equipment such as patient monitors may be the new shovels in a gold rush. (By Liam Proud)

Anywhere but there. Japan is following through on its plan to encourage some companies to reshore production from China, starting with makers of facemasks. The total subsidy, at around $536 million, won’t go very far when spread around 57 companies. That suggests Tokyo is aware of the unattractive economics of companies moving back home where the minimum hourly wage is three times higher than in core Chinese manufacturing provinces.

In addition, 30 companies are being paid to move out of China into Southeast Asia, including Vietnam, where labour costs are lower. A shift to these neighbouring countries sounds more realistic. Either way, it’s one thing to help companies invest in their home economy for critical medical equipment. It’s another to pay firms to evacuate from the People’s Republic for a third location. Relations between Tokyo and Beijing have been cooling, and this will add to the frost. (By Pete Sweeney)