22 May 2020 By Breakingviews columnists 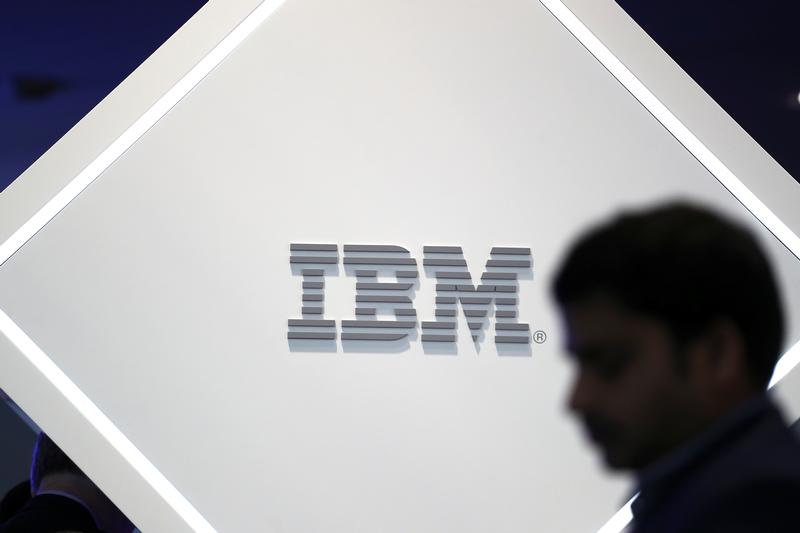 Accelerating the future. The pandemic is acting as tech’s reverse Robin Hood. Firms treading water are finding their problems aggravated, while emerging winners are growing faster.

Hewlett Packard Enterprise, the storage and server firm, said Thursday it would save $1 billion by reducing pay and other costs. IBM is slashing jobs. And Dell Technologies is cutting benefits, according to Bloomberg. Meanwhile, chipmaker Nvidia said on Thursday revenue rose 39% last quarter, and growth will be faster than expected this quarter.

HPE, IBM and Dell have all suffered for years from operating in competitive, mature markets. Now supply chain problems have been added to the mix, and customers might wait longer before buying slowly improving items like PCs.

Nvidia, on the other hand, is the dominant producer of graphics processing chips. Technology advances were already fueling demand from gamers and data centers alike, and customers staying home fuels it further. Expect more inequality in Sherwood Forest. (By Robert Cyran)

Not Wexpeditious. An English judge on Friday declined for now to fast-track a hearing over whether Maine-based payments group Wex is entitled to pull out of buying eNett International and Optal, businesses with a focus on travel-related payments. The sellers wanted a quick declaration that there had been no material adverse change. In its MAC language, the January deal agreement excluded the impact of a pandemic from the events allowing the buyer to walk away.

Their fear is that Wex is trying to kick the $1.7 billion merger into the long grass until the company’s financing commitments run out in October. Failure to replace those could scupper the deal, even if no MAC can be established. Unfortunately for the sellers, there’s a backstop date for closing, also in October, and a $51 million limit on damages for termination thereafter. MACs are notoriously hard to trigger, and Wex won’t have to make its case until later, when time will be running out for the sellers, too. (By Dasha Afanasieva)

The timing is awful. In March, McLaren raised 300 million pounds in equity, including from Bahrain’s sovereign wealth fund, to finance new vehicle models. A week later the Covid-19 pandemic closed production altogether. With sales of its motors, which start at 162,000 pounds each, drying up, McLaren’s net debt will probably have widened from an already elevated 3.2 times last year’s EBITDA. Creditors must hope its classic cars do more than just look good. (By Christopher Thompson)

Time in. Lockdowns mean online magazine Time Out is having to fill its pages with what isn’t happening instead of what is. It cancelled its own events and shut its markets. After losing almost 70% of its value this year, the 61 million pound Oakley Capital-backed venture is restructuring its debt and on Friday launched a 49 million pound share issue.

Media outlets that turned to the business of organising get-togethers to make an extra buck have had to go back to the drawing board. Despite adding 90,000 subscribers in March, Washington-based Atlantic Media, which also organises talks and conferences, laid off 68 people on Thursday. Events businesses are unlikely to bounce back soon, and Covid-19 appears to have finished off struggling advertising strategies. The paywall is the only model left standing. (By Dasha Afanasieva)

Wiggle rooms. Hoteliers Down Under may be able to sleep a little easier. If Australians take more vacations domestically through 2021 because of international travel restrictions, they could replace the lost business from overseas and then some, according to newly published calculations from analysts at Dransfield.

The lodging consultancy reckons that some 9 million visitors from abroad translate into 28 million hotel stays a year, after accounting for backpackers and people bunking with friends and family. Back out estimated business travel and assume shorter trips, and 10 million typical outbound journeys could reverse into 36 million nights in hotels in Sydney and beyond, Dransfield says.

There is a lot of guesswork involved, and it will take time for occupancy rates to rise, as driving holidays slowly turn into flying ones. For companies such as InterContinental Hotels and Marriott International that are facing bleak outlooks, though, this could be some welcome Australian hospitality.  (By Jeffrey Goldfarb)

A man stands near an IBM logo at the Mobile World Congress in Barcelona, Spain, February 25, 2019.