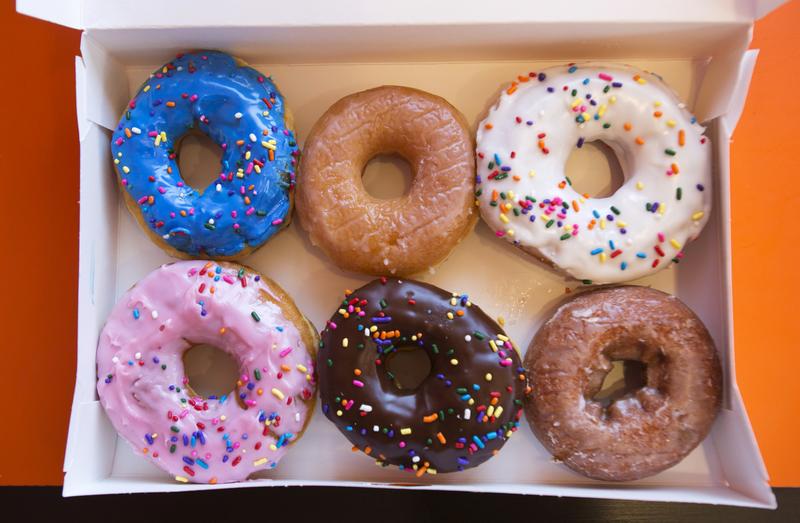 Fribble alert. Massachusetts food connoisseurs woke up to a sad Monday, as two of the commonwealth’s iconic restaurant chains were hived off to new out-of-state owners. While the sale of the owner of Dunkin’ Donuts, based in Canton, to Inspire Brands, headquartered in Atlanta, for $11.3 billion including debt was expected, the bankruptcy of Friendly’s Restaurants came as a shock. But financially savvy fans of Fribble milkshakes shouldn’t have been too surprised.

The casual-dining sector has been hit particularly hard by the coronavirus, while drive-thru outlets like Dunkin’ are better positioned to social distance. Friendly’s is selling its assets to an investment group affiliated with Dallas-based BRIX. The consolation for Bay Staters as obsessed with their beloved Boston sports teams as they are with Dunkin’ and Friendly’s is that neither new owner is headquartered in New York. (By Rob Cox)

Cleaning up. Clorox’s future looks a little shinier. The $26 billion bleach maker said on Monday that it now expects sales to grow up to 9% this fiscal year – a big jump from the flat to low-single digit estimates it offered three months ago. That’s after homebound consumers spent big-time on everything from cleaning to grilling last quarter – with double-digit gains in eight out of 10 business categories. Unsurprisingly, Clorox’s 35% share price spike this year mops the floor with its competitors’ gains.

It’s tough to imagine Clorox’s fortunes slipping this year. When workers eventually do head back to offices, companies will likely shell out for cleaning supplies, even though the Centers for Disease Control and Prevention report that Covid-19 isn’t transmitted easily through surfaces. And if U.S. presidential election polls are accurate, it also shouldn’t have to worry about countering any more dubious claims about injecting disinfectant made by the commander-in-chief. (By Anna Szymanski)

Positive diagnosis. Siemens Healthineers has some good news for investors and the general public. The awkwardly-named 40 billion euro medical technology group on Monday said that revenue would grow by an impressive 5%-8% in the financial year to September 2021. That includes an expected 100 million euro contribution from coronavirus antigen tests, which can deliver results within 15 minutes.

It’s encouraging news for politicians like UK Prime Minister Boris Johnson who are pinning their hopes on rapid Covid-19 diagnoses. Healthineers wouldn’t guide investors to a specific number unless it was confident in the science and its ability to boost production. Though less accurate than full-blown lab assessments, the tests offer a worthwhile trade-off by helping to find and isolate the most infectious people quickly. As Europe’s second virus wave turns into a second raft of national lockdowns, it’s a welcome glimmer of hope. (By Liam Proud)

Flight schedules. On-time arrivals are central to an airline’s reputation. The same applies to their financial results. With Britain heading back into a month-long lockdown this week, there are plausible reasons for UK-listed budget carrier easyJet to miss its Nov. 17 results deadline. Any delay beyond a couple of days, however, points to Chief Executive Johan Lundgren having a shaky grip on the rudder.

Movement restrictions mean regulators are cutting companies some slack. On-site audits, for instance, may take longer. Yet sticking to timetables in adverse conditions smacks of discipline and control. Nor have competitors had to avail themselves of the extra leeway. On Monday, arch-rival Ryanair reported on time and with a smaller-than-expected 197 million euros loss for the last six months. Last month Lundgren told investors to brace for full-year losses of up to 940 million euros. Keeping them waiting is unlikely to improve the reception. (By Ed Cropley)

Netflix dinners. Just as restaurants in Europe shut their doors again, Nestlé is embracing the modern TV dinner. The Swiss food giant announced on Friday that it’s buying U.S. pre-prepared meal delivery company Freshly for as much as $1.5 billion, including $550 million that depends on future growth. The maximum valuation of more than 3 times this year’s forecast sales of $430 million looks rich. Rival recipe-box company HelloFresh trades at an enterprise value of 2.4 times trailing revenue, according to Refinitiv.

Freshly offers a health-conscious take on the humble ready meal, offering dishes like cauliflower-shell bolognese and pulled pork al pastor to customers eating at home who don’t want to cook. The deal may not add much to the top line of Nestlé’s expected revenue of more than $90 billion this year. But the benefit of getting to know American households better is the garnish on this gluten-free supper. (By Dasha Afanasieva)

What pandemic? Taiwan’s economy expanded 3.3% in the third quarter from a year earlier, exceeding the 1.5% anticipated in a Reuters poll and the fastest pace in more than two years. Output is “back to the level it would have been had the virus not happened,” notes research outfit Capital Economics.

Strong year-end demand for new iPhones and other gadgets helped, as exports of electronics and telecommunications products, which combined make up more than half the total, surged.

The bigger factor is President Tsai Ing-wen’s success in taming Covid-19: the island of 23 million people has not recorded a local infection in more than 200 days. Domestic consumption is improving, falling 1.5% year-on-year compared to last quarter’s 5% plunge, while gross capital formation and government spending are picking up, too. As other regions come to grips with fresh restrictions, post-pandemic Taiwan is looking healthier by the day. (By Robyn Mak)

Lockdown lift. Rolling lockdowns in Europe could bolster the case for Unibail-Rodamco-Westfield’s 3.5 billion euro rights issue. The commercial property giant is battling activist shareholders including French billionaire Xavier Niel over its financial needs. Chief Executive Christophe Cuvillier reckons the $5.6 billion group needs asset sales and an equity injection to strengthen its balance sheet. The activists argue a rights issue is overly prudent and the company should flog its U.S. business instead.

Third-quarter results, released on Sunday, weaken the activists’ case. Though Unibail collected 79% of retail rent in the three months to September, up from 52%, the company expects net rental income this year will still be 30% lower than 2019. Many retailers may not survive another round of shutdowns. Investors will get a chance to vote on the rights issue next week. Preparing for the worst is more likely to win the day. (By Aimee Donnellan)