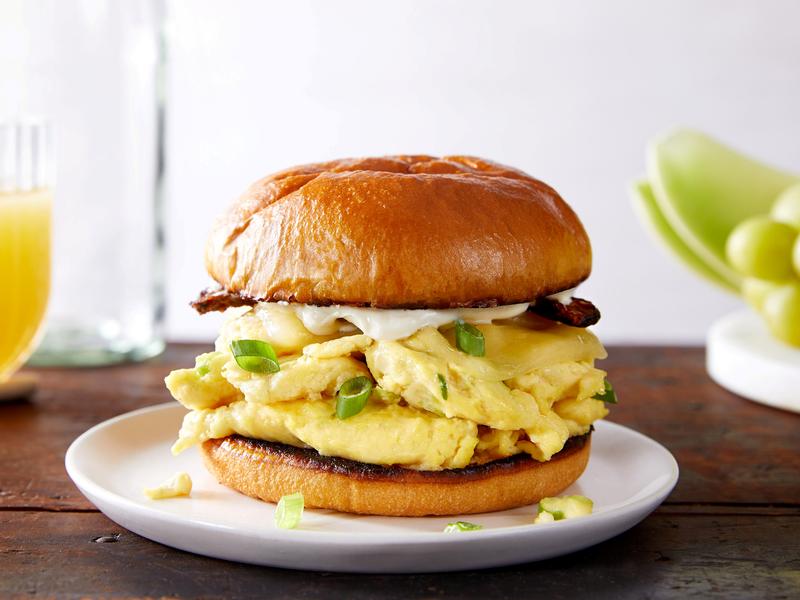 What comes first? Covid-19 has given many businesses a beating, but not vegan egg maker Just. The company says it’s likely to pursue an initial public offering earlier than planned, Reuters reported on Wednesday, after sales grew 150% from April to June, year-over-year. Scrambling the recent trend for loss-making IPOs, Just wants an operating profit before it hits the public market.

Even without a pandemic, vegan food was a hot investment category. Shares of Beyond Meat are up more than 80% since its IPO last year. True, bean-based ovo-substitutes are a tougher sell. But the total addressable market, a staple data point for hotshot IPOs, is huge. Around 1.4 trillion chicken eggs are consumed annually, according to the Food and Agriculture Organization.

Aiming to turn an operating profit before going public – which Beyond Meat did not – is wise, if only because Just’s history is complex. Once known as Hampton Creek, it weathered a federal inquiry into fake sales and a mass director walkout before renaming as Eat Just. Getting its ducks in a row is just good business. (By Jennifer Saba)

Target practice. It’s not just products but preparedness that distinguishes retailers in a pandemic. U.S. chain Target’s shares shot up more than 12% on Wednesday after its second-quarter revenue grew by one-quarter. More impressive is that about 17% of sales came from online orders, more than doubling from just over 7% in the same period last year. That switch didn’t impact its operating profit margin either, since the higher cost of delivery was offset by fewer discounts and cost cuts elsewhere.

The reason is that Target started early. The company bought same-day delivery platform Shipt in 2017 for $550 million and has tacked on in-store and drive-by delivery too. A retailer building e-commerce from scratch would struggle to process the equivalent of 10% of its pre-pandemic sales through digital channels at short notice. That also meant that Target’s 195% growth in e-commerce revenue outpaced even giant rival Walmart, whose digital sales almost doubled over the same period. Self-help pays off. (By Amanda Gomez)

Not too bad. U.S. President Donald Trump claimed New Zealand was suffering from a “terrible” surge in Covid-19 infections this week, using it as an example of something he wanted to avoid. Prime Minister Jacinda Ardern, coping with six coronavirus cases on Wednesday, took exception, noting that the United States is still handling “tens of thousands” of new cases each day. She has a point: Vermont, the least-hit U.S. state, has an infection rate seven times that of New Zealand.

The fresh outbreak is frustrating; it pushed Auckland back into lockdown and led Ardern to delay an election. The Kiwi economy, notably tourism, is suffering from a ban on visitors, and Westpac analysts predict second-quarter GDP will decline by 13.5%. But domestic activity is strong enough for the government to delay some planned stimulus. The crisis isn’t over – a case has been found in the Hobbiton tourist attraction – but it’s far from terrible. (By Jennifer Hughes)

Travelling faster. Since Covid-19 went global in March, public health has largely taken precedence over economic concerns. That’s still the case in New Zealand, but in Britain, a shift is visible. The government now hopes that airport tests can replace quarantines for travellers from some countries. A change will please airlines like Ryanair and easyJet, whose reopening plans have been thrown into disarray.

The UK government’s thinking seems to be that European Covid-related deaths are not rising as fast as cases, and improved tests and more effective tracing can keep the situation under control until vaccines start arriving, hopefully early next year. If that attitude spreads, Germany’s expected extension of its pandemic furlough scheme to 24 months will look excessive. A surge in Covid-19 hospitalisations would lead to a fast U-turn, but if that doesn’t happen, governments may be less cautious about pushing harder for an economic take-off. (By Ed Cropley)

Sticker shock. Predicting long-term consumer price trends has always been hard. These days even short-term forecasting is proving difficult. UK inflation accelerated to 1% in July from 0.6% in June, official data showed on Wednesday. The reading was above all forecasts in a Reuters poll of economists. It mirrored the bigger-than-expected rise in U.S. consumer prices reported on Aug. 12.

Gathering data, a big problem during strict lockdown, is now straightforward. And petrol prices, which boosted inflation on both sides of the Atlantic, are easy enough to track. But the pandemic has disrupted consumer and retail behaviour. In Britain, clothing and footwear prices were the biggest contributors to the rise in the inflation rate because the normal summer discounting was brought forward to the lockdown months. Still, the upside inflation surprises don’t change the big picture. At current levels of activity, high and sustained inflation is some way off. (By Swaha Pattanaik)

(This item has been corrected in the Target item to say that the share of online sales “more than” doubled rather than “almost” doubled.)

JUST Egg, a scrambled egg imitation made from mung beans by plant-based food startup JUST, is displayed in a burger bun in this handout illustration taken June 28, 2019.