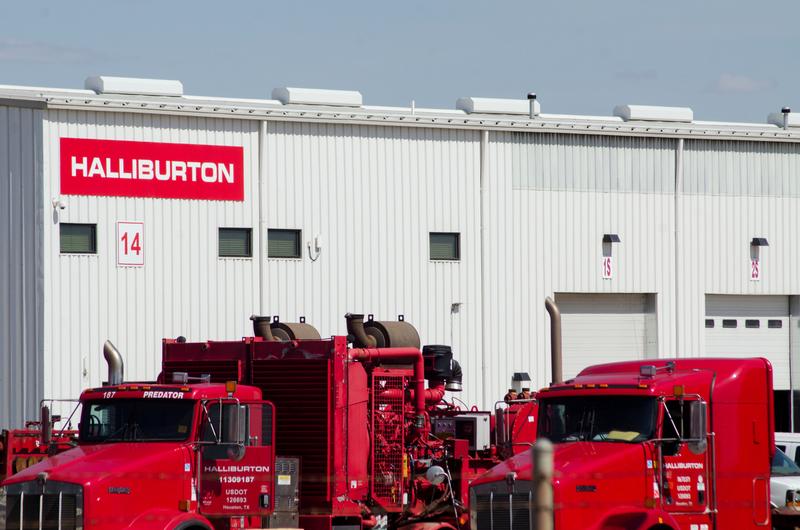 Who’s afraid of the big bad vaccine? Corporate bond investors are increasingly worried that an inoculation for Covid-19 could spell the end of the bull run. Some 23% of money managers holding company securities deemed investment-grade, as polled by Bank of America, reckoned a vaccine was the most likely event to trigger the end of the current central-bank driven “reach for yield”. That made it only slightly less of a threat than a surge in inflation, which took 31% of votes.

There’s reason to be nervous. Along with slashing interest rates, central banks in the United States, Europe, Japan, Britain and Canada have boosted their balance sheets by up to 23% of GDP to combat the virus slowdown, the BIS reckons. Bank of America counts some 920 billion euros of corporate bonds denominated in the single currency that now yield less than zero. After such massive stimulus, the exit is unlikely to be smooth. (By Neil Unmack)

Crude awakening. Halliburton, the world’s second-largest oil services company, posted its fourth straight negative quarterly print on Monday. True, the $17 million third-quarter loss attributable to the company is far less ugly than the $1.7 billion shortfall in the previous three months, even when adjusting for impairment charges. But revenue was down over 45% versus the same period last year. The share price had already roughly halved this year as Covid-19 shutdowns weighed on oil prices.

But the coronavirus isn’t the only problem. The Texas-based firm saw its share price fall by around half in the two years before the pandemic, while its rival Schlumberger saw declines of around 40%. That’s partly because oil and gas producers had been pressured by shareholders to focus on raising returns rather than spending on more drilling – obviously bad news for services providers. So even if oil demand forecasts get slightly sunnier, trends for this part of the industry should remain gloomy. (By Anna Szymanski)

Hand in Glovo. Delivery Hero further accelerated its efforts to dominate grocery delivery amid shifting shopping habits. A filing on Monday showed the $24 billion Frankfurt-listed company bought a 7.5% stake in Glovo, a Spanish rival, from AmRest for 76.2 million euros. That has increased Delivery Hero’s stake to 26% from around 13% at the end of 2019.

Bringing basics to consumer doorsteps in less than an hour makes firms like Delivery Hero and Glovo perfectly suited to the pandemic. Glovo, valued over $1 billion last year, was also a hot commodity before the crisis, drawing takeover interest from Uber Technologies and Deliveroo. But in the past two months, Delivery Hero, a new member of the blue-chip DAX index, has spent some 500 million euros to acquire Glovo’s Latin American unit and Dubai startup InstaShop. Delivery Hero’s shares slid 2.5%, suggesting the buy-and-grow strategy isn’t inspiring overconfidence when its own business remains unprofitable. (By Karen Kwok)

Lady of the rings. New Zealand Prime Minister Jacinda Ardern and her centre-left Labour Party won a commanding election victory over the weekend. They are in the rare position of having an outright majority, without a coalition, thanks largely to her decisive responses to the pandemic, a deadly volcanic eruption and mosque mass shootings. Although Ardern will be the envy of leaders elsewhere, she now has to prove she can do more than manage crises.

Successfully suppressing the virus has taken its toll, forcing Ardern to postpone policy initiatives such as affordable housing. The economy is suffering its deepest slump on record, contracting 12.2% in the second quarter compared to the first three months of the year. With tourism from overseas frozen, some 11% of GDP remains under threat. More monetary stimulus is possible, but high unemployment and debt levels will have to be contained, too. (By Jeffrey Goldfarb)

Marginal gains. Koninklijke Philips Chief Executive Frans van Houten has solved one side of his corporate Rubik’s Cube: growth. Sales at the 38 billion euro Dutch health-technology company rose 10% year-on-year in the third quarter of 2020, after stripping out currency fluctuations. Coronavirus-stricken hospitals, particularly in western Europe, are investing in monitors and other bits of kit to help them oversee patients remotely. To the extent that health budgets allow, that trend should continue.

The question is how much of the new revenue van Houten can turn into profit. Analysts are pencilling in a 14% margin for earnings before interest, taxes and amortisation next year, Refinitiv data shows, compared with 17% for Siemens Healthineers. Van Houten could wield the knife, but underinvestment would risk handing business to rivals – effectively scrambling the neat face of his half-completed puzzle. (By Liam Proud)

Viral boost. Julius Baer is turning into a pandemic winner. The Swiss wealth manager said on Monday that its gross margin – basically the income it squeezes out of the assets it manages – was around 89 basis points in the first nine months of 2020, well above 2019 levels and close to the chunky 92 basis points it reported in the first half. That means clients continued to trade with gusto even after a pandemic-related spike around March. The private bank also managed to add new money from wealthy clients faster than expected, lifting shares.

This bodes well for larger rivals UBS and Credit Suisse. Asian countries’ ability to contain the pandemic has encouraged rich clients there to invest more aggressively. And if uncertainty kicks in again, as seems the case in Europe, market volatility could jump again, bringing in higher transaction fees. As the virus persists, so will wealth managers’ profit. (By Lisa Jucca)