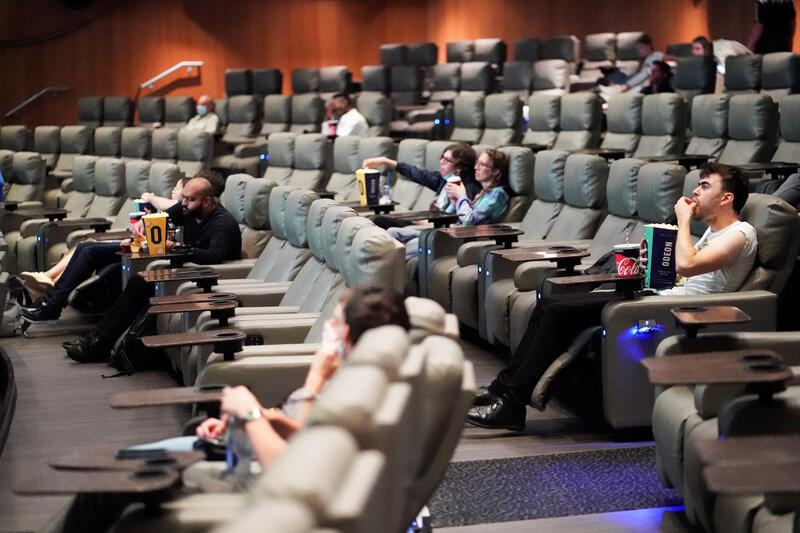 As good as it gets. Hollywood had hoped that “Tenet”, British director Christopher Nolan’s science-fiction mind-bender, would provide proof that Americans are rushing back to theatres. But opening weekend sales for the Warner Bros epic were only so-so. Over the Labour Day holiday weekend, “Tenet” generated just $20 million in the United States. With more than 60% of U.S. theatres now open, the result looks mediocre compared to Nolan’s previous hits, “Inception” and “Interstellar”, which made $63 million and $48 million respectively, according to IMDbPRo.com.

The news is at odds with the stock market. Shares in AMC Entertainment, for example, have recovered nearly all of their losses since Covid-19 struck. Demand for cinema trips could easily weaken: A second wave of infections could spook punters, while the relative dearth of upcoming blockbusters makes staying in more appealing. Unlike the secret agents in “Tenet”, movie theatres and studios can’t reverse the course of time. (By Karen Kwok)

Captive audiences. “Practical Caravan” and its publisher, Future, have been going places under lockdown. With would-be road warriors confined to barracks, the 1.5 billion pound British group has attracted record audiences to its stable of niche websites. Besides caravanning, there is everything from hunting glossy “Horse & Hound” to rock bible “Metal Hammer”. Future’s formula is building online single-interest communities, and milking them through subscriptions, e-commerce and advertising. Top-line growth of 11% for the six months to the end of March suggests it is working.

With audiences jumping 40% from February to March to 329 million, and economies of scale from a five-year acquisition spree kicking in, CEO Zillah Byng-Thorne said on Monday she now expects full-year results to be “materially ahead of market expectations”. Future shares rose over 15%. Comfortable levels of debt and the possibility of a long Covid-19 boost suggests Byng-Thorne will stick to her winning roll-up formula. (By Ed Cropley)

Footing the bill. The great migration of workers back to their offices will be expensive. Companies will spend on widening the gaps between desks and additional sanitation services. To avoid contagion, some are even subsidising private transport; Blackstone will pay for workers to commute by taxi, according to the Financial Times. Bloomberg, a competitor of Breakingviews’ parent Reuters News, will allow 20,000 employees to claim up to $75 a day for travel costs, per The Times.

Paying employees to avoid crowded buses on their way back to work makes for sound prophylaxis, and reuniting teams should help with morale. For commercial real estate investors like Blackstone, the portfolio looks better if its own offices are not standing empty. But many companies can’t afford such sops and, if they force staff back to their workstations, they may reimport infections via public transit. As always, more wealth makes for better health. (By Una Galani)

Primark bounce. A deadly virus is no match for the might of the British consumer. At least that’s what Primark owner Associated British Foods’ latest trading update suggests. In the past four weeks, its retail unit set a record by expanding its share of the UK market. ABF now expects Primark to “at least” hit the upper end of its 300-350 million pound adjusted operating profit guidance target for the full year.

The results are surprising. Unlike peers such as H&M, Primark has no online business so was unable to reach customers during lockdown. It is therefore dependent on punters braving potentially crowded shopping malls. But pent-up demand for cheap dresses and shoes drove a loyal army of young customers to its stores, and is expected to deliver 1.3 billion pounds of net cash this year. ABF repaid its 1.1 billion pound revolving credit facility in August. Fast fashion looks set to live another day. (By Aimee Donnellan)

Better late than never. FirstGroup, the 550 million pound London-listed bus-to-train operator, may finally be heading in the right direction. Shares in the company run by Matthew Gregory rose 13% on Monday after the Telegraph reported that Brookfield Asset Management, Apollo Global Management and KKR are among the bidders circling its U.S. units FirstTransit and FirstStudent.

Yet Gregory would deserve only limited plaudits if he manages to sell the operations, which include the iconic yellow school bus business. Activist investor Coast Capital Management was pushing for a sale before the pandemic, and reckoned it could net more than 3 billion pounds – close to FirstGroup’s enterprise value. That now looks ambitious, since the virus has raised bus-cleaning costs and caused many students to stay at home. Meanwhile, Coast is planning to vote against the board’s re-election at a shareholder meeting next week. FirstGroup can expect a bumpy ride ahead. (By Karen Kwok)

People take their seats inside the Odeon Luxe Leicester Square cinema, on the opening day of the film "Tenet", amid the coronavirus disease (COVID-19) outbreak, in London, Britain, August 26, 2020.