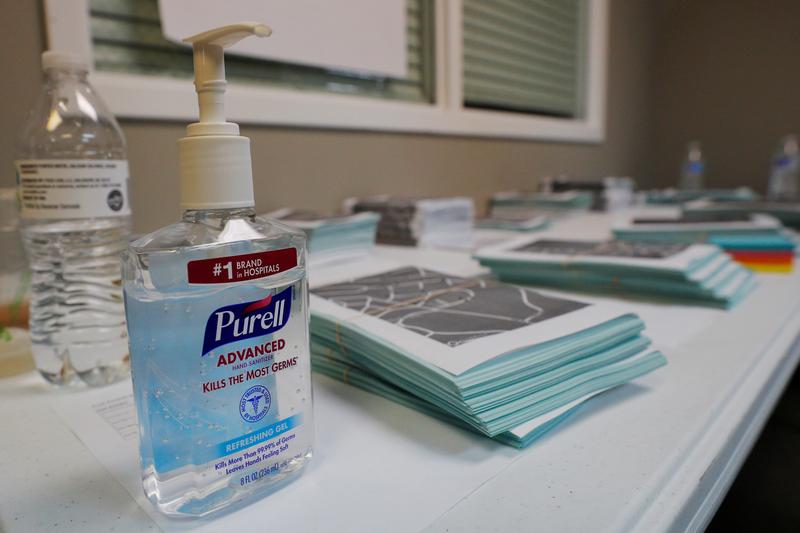 Shot in the arm. The M&A boom isn’t over, if the world’s biggest advisory firms are to be believed. JPMorgan, Goldman Sachs, Morgan Stanley and Bank of America collectively had their best quarter in at least five years, sucking up $3.3 billion in advice-related fees, and are hinting that there’s more to come. Goldman’s David Solomon suggested “robust activity levels” will continue into 2021. Even Citigroup finance chief Mark Mason – alone among the big five in seeing his advisory fees fall – trumpeted “very, very strong” discussions with deal-curious chief executives.

For sure, the ingredients for mergers are present. Even after a record half-year in 2020, money is abundant, and vaccines against Covid-19 give new hope of a normal world. But whenever M&A spikes, there’s a less optimistic subtext: layoffs are coming. When they don’t know that they can grow revenue, companies naturally think about cutting costs. Mergers bring synergies, more often than not a euphemism for shedding staff. “Robust” may describe the talks CEOs are having with their bankers, but for many of their employees, the near future could be anything but. (By John Foley)

New habits die hard? Hand sanitizer producers are betting the urge to wipe germs away will stick once Covid-19 subsides. Take Gojo Industries, the family-held company behind Purell. It added an additional warehouse and factory to meet demand, according to the Wall Street Journal. Total U.S. sales of the alcohol-based necessity in 2020 jumped some 600% year-over-year to $1.3 billion, Nielsen estimates. Hand sanitizer even flew off the shelves at a faster pace than other pandemic related hot items like toilet paper.

Even with Covid-19 vaccines rollouts starting to ramp up there are always bugs to keep at bay. Gojo is still taking a risk with its capital investment, though. Demand may be high, but the barriers to entry in the hand-sanitizing business aren’t. Many have jumped on the bandwagon, including the producer of Tito’s vodka. Investing in production may sound good, but Gojo really needs to invest in creating the illusion that it’s the best product for the job. (By Jennifer Saba)

No podium. Prime Minister Yoshihide Suga insists Japan is committed to hosting the Tokyo Olympics this summer even as media reports suggest the event will be suspended again due to Covid-19, or cancelled outright. Either way, there’s not much to cheer. Japan is under a state of emergency and international arrivals have slumped, dampening hopes that the century-old competition might provide the economy with a tourism-led boost.

A Kyodo News poll showed roughly 80% of people in Japan want the Olympics to be either cancelled or delayed. Similar doubt and debate have surrounded plans to host the annual World Economic Forum in Singapore in May. Even best efforts Down Under to host the Australian Open, due to start on Feb. 8, have been mired in controversy. Nations are keen to press on with events that showcase their soft power, but that’s going to be challenging while the pandemic rages. (By Sharon Lam)

Stimulus addiction. A new, more transmissible strain of Covid-19 has sent more of the developed world into stringent lockdowns. But financial markets don’t seem to mind. Investors, according to Oliver Baete, the chief executive of Europe’s largest insurer Allianz, are behaving a bit like drug addicts, dependent on the ever-increasing amounts of fiscal and monetary stimulus that governments and central banks have been all too willing to give out.

“We have very, very lofty valuations, to put it mildly, and they are providing very little cushion against an unexpected set of bad news,” Baete, whose company has more than 2 trillion euros of assets under management, told Reuters Breakingviews in a predictions panel on Thursday. It’s a bit like people “on cocaine – or so I hear from people who are experts about this – they can never get off.” (By Rob Cox)

Roadblock. The Benettons are trying to fix their latest headache. Pandemic-hit roadside and airport restaurant operator Autogrill, 50%-owned by the Italian dynasty, will raise up to 600 million euros in a share sale. That’s almost half of Autogrill’s 1.3 billion euro market value prior to the announcement. Persistent lockdowns mean Autogrill had perhaps eight months before burning through its estimated liquidity of 500 million euros, say Citi analysts. The cash call should shore up Autogrill’s balance sheet and may even give it some M&A flexibility.

Autogrill is the second major Benetton investment to go sour after motorway operator Atlantia, which clashed with the Italian government after a fatal 2018 bridge collapse. Shares in Autogrill, which made up some 10% of the tycoons’ investments’ value in 2019, fell 54% in a year, worse than a 35% slide for Atlantia. The billionaires’ bet on booming towers company Cellnex Telecom is the only one that seems to be working. (By Lisa Jucca)

Sales Teams. Siemens’ chief executive-in-waiting Roland Busch, who takes the reins from Joe Kaeser next month, is inheriting a company firing on nearly all cylinders. The 109 billion euro German engineer is enjoying roaring Chinese demand for its factory robots. Meanwhile, margins are soaring as lockdowns curb expenses like sales employees’ travel budgets. One of Busch’s early decisions will be whether to let his sales staff back on the road when restrictions ease.

Using Zoom or Microsoft Teams has done them little harm. In the first three months of its current financial year, orders and revenue at Siemens’ key digital industries unit comfortably beat analysts’ expectations and last year’s performance. A mishap at its trains division may increase pressure to place that unit on a separate set of rails. Busch’s in-tray is piling up before he’s even started the job. (By Ed Cropley)