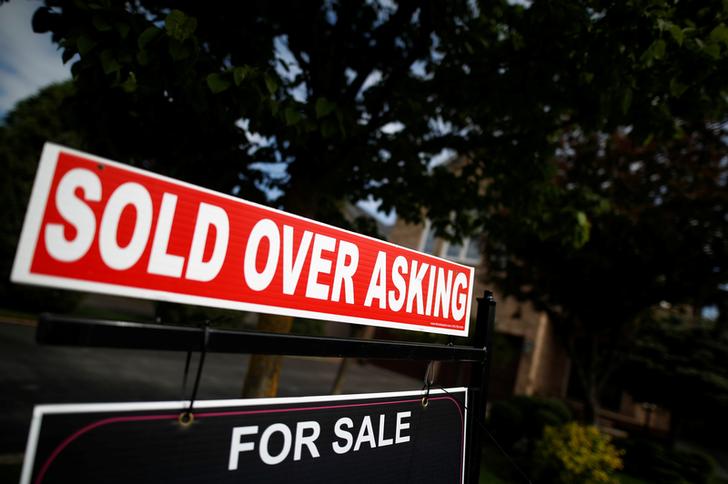 Last exit to Greenwich. The tony Connecticut suburb synonymous with Wall Street wealth has seen single-home sales in the third quarter spike 70% year-over-year – the highest level in at least a decade, according to real estate company Douglas Elliman. This is a stark reversal from pre-pandemic trends: sales in the fourth quarter of 2019 declined 12% versus the previous year. Lockdown-induced flight from cramped New York City living quarters is one likely culprit – sales of co-ops and condos in Manhattan fell by almost half in the third quarter.

Fear of scaring away more wealthy taxpayers may give New York Governor Andrew Cuomo ammunition to oppose tax hikes that are supported by some progressive state legislators. But the empire state faces a projected $14.5 billion budget shortfall this year. If the federal government doesn’t cough up more state aid, he may have to raise the one percent’s tax bill – even if that gets more of them seriously considering life outside the metropolis. (By Anna Szymanski)

Not cashing in. It’s still too early to tell who is winning southeast Asia’s payments revolution. Hygiene concerns from Covid-19 are fuelling the rise of cashless transactions. That, combined with other factors like an underbanked population, high smartphone penetration and rising e-commerce sales, will help propel digital payments volumes in the region to $1.5 trillion by 2030, according to new research from HSBC.

Unlike in China, the mobile wallet industry in southeast Asia is still fragmented, but contenders include ride-hailing and e-commerce apps, and telecommunications operators. The U.S.-listed shares of Singapore’s $83 billion Sea have more than quadrupled year-to-date, for instance, thanks to its increasingly popular video-game, e-commerce and digital payments services. Others, including Malaysian telco Axiata and all-in-one super-apps Grab and Gojek, are muscling in. Competition is heating up, and profitability may be a long time coming. (By Sharon Lam)

Handbags at dawn. Fashion and leather goods are leading luxury group LVMH’s recovery. The unit’s sales rose 12% in the third quarter compared with a year earlier, the 215 billion euro luxury group said after market close on Thursday. While overall comparable sales fell 7% in the same period, to nearly 12 billion euros, at least that was better than analysts’ forecast for a 12% decline.

Signs of a recovery are reassuring amid the Dior owner’s efforts to extricate itself from the pricey acquisition of jeweller Tiffany & Co. The U.S. diamond purveyor said on Thursday that sales had been rising through October. That came despite a second wave of Covid-19 infections in the United States, Tiffany’s biggest market. Although lacking detail, the optimistic release could be viewed as a riposte to LVMH’s suggestion that the famed jeweller’s future looks dismal. The main debate will happen in the courts. (By Dasha Afanasieva)

Drive with caution. Automakers’ hopes of a V-shaped recovery received a boost on Friday after Volvo and its German rival Daimler posted forecast-beating results for the third quarter. Shares in the Swedish truck maker run by Martin Lundstedt rose by 2% after it reported adjusted operating profit of 7.2 billion Swedish crowns ($810 million), above analyst estimates of 5.8 billion Swedish crowns. Demand for its buses was muted due to pandemic fears surrounding public transport. But that was offset by robust truck orders.

Meanwhile, Mercedes-Benz owner Daimler reported adjusted quarterly operating profit of 3 billion euros, nearly 1 billion euros higher than consensus forecasts. That’s a welcome shot in the arm for boss Ola Kaellenius, who recently announced a luxury-led strategy revamp. Daimler’s share price is broadly flat in the year to date and Volvo’s is up 13% – even though analysts don’t expect either company’s revenue to recover to 2019 levels by the end of next year, according to Refinitiv data. Shareholders’ optimism may be accelerating towards hubris. (By Christopher Thompson)

A real estate sign that reads "For Sale" and "Sold Above Asking" stands in front of housing in Vaughan, a suburb in Toronto, Canada, May 24, 2017.