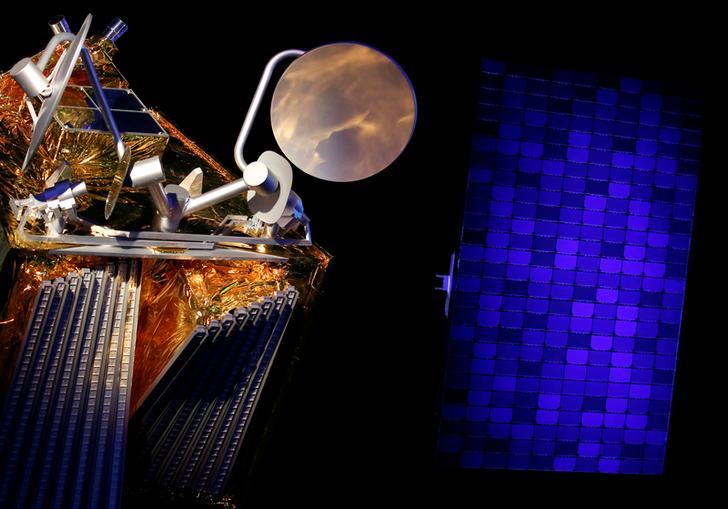 Reverse thrust. Masayoshi Son’s vast investment universe is spreading to past flops. The SoftBank chief executive is pouring cash into OneWeb, the satellite startup which he pushed into bankruptcy last year after pulling the plug on a funding package. The British government and Indian telco Bharti Global subsequently bought it out of Chapter 11 for $1 billion. OneWeb now claims $1.4 billion of funding, including $50 million from America’s Hughes Network Systems, which implies SoftBank is putting in $350 million.

The charitable interpretation is that Son always liked OneWeb, but his hands were tied because of a Covid-19 cash crunch. Even so, the risk is that SoftBank gets stuck funding an asset that has historically incinerated cash. As of March SoftBank had completely written off $2 billion of debt and equity financing. OneWeb, which has launched 110 of its planned 650-satellite constellation, will need over $2 billion to finish the job. Son may be tempting fate by investing again. (By Liam Proud)

Going long ugly. December retail sales may have fallen 0.7% from the previous month, the U.S. Commerce Department said on Friday, but footwear shows how a broad statistic can obscure the year’s shifts. The flight from boardrooms to Zoom has helped creators of comfortable, if uncomely, shoes. Crocs, the maker of often garish casual shoes, saw its share price climb over 12% on Monday after it said it expected fourth-quarter sales to jump as much as 55%, year-over-year, with 2021 revenue growth possibly hitting 25%.

But fashion footwear continues to struggle. U.S. sales were down almost 30% in the second quarter, versus this period in 2019, after big declines in the previous quarters, according to NPD Group. And a whopping 70% of consumers in the market researcher’s September poll said when returning to work or other activities, they expected to dress just as or more casually than before Covid-19 hit. Hybrid working models will likely mean the era of slippers has legs. (By Anna Szymanski)

Shades of grey. The pandemic had a silver lining for China. Lockdowns and stuttering economic growth have helped to reduce pollution across the country. The concentration of harmful PM2.5 pollutants in 337 cities fell on average by around 8% per cubic metre over 2020, while samples suggested some 85% of waterways were fit for human use, a 7 percentage point improvement.

The breath of fresh air may be short-lived, though. Smokestacks, cars and consumption will restart. While policymakers elsewhere have made green goals a pillar of their recovery plan, President Xi Jinping has yet to embrace that strategy. On the contrary, local governments’ stimulus efforts include investments in coal, oil and gas. As of September, a government list of planned infrastructure projects across Chinese provinces totalled 40 trillion yuan ($6.2 trillion), according to China Dialogue, an environment-focused non-profit group. Covid-19 could leave green advocates feeling queasy. (By Katrina Hamlin)

It’s the booze talking. South African Breweries could benefit from a more sober response to Pretoria’s latest lockdown alcohol ban. The beer giant, downed by top global brewer Anheuser-Busch InBev for a cool $106 billion in 2016, is challenging the sales restrictions in court and has now yanked 5 billion rand ($330 million) in planned investment. Making matters worse, some of that spending was a legal requirement agreed in the merger to maintain local jobs and production.

SAB is understandably upset. But squaring off with politicians may be counterproductive given South Africa’s booze-related social problems. At 9.3 litres of pure alcohol per capita each year, South Africa’s consumption is 50% above the global average, and feeds directly into its high levels of violent crime and traffic accidents. Despite having Africa’s worst Covid-19 burden, booze-free lockdowns appear to have lowered overall death rates. Quietly crying into its pint might be SAB’s wisest option. (By Ed Cropley)

No matter, bulls would say. The real prize is SAP’s fast-growing cloud-subscription business, which is more predictable and should garner a higher valuation multiple over time. Klein expects cloud revenue to grow by 13%-18% in 2021. But that’s a wide margin, and below the level analysts expect for rivals ServiceNow and Salesforce.com. SAP’s shares trade at 22 times forward earnings – roughly the same as its average multiple over the last two years. Investors are wisely waiting to see if the weather changes, rather than risking an erroneous forecast. (By Liam Proud)

A scale model of an Airbus OneWeb satellite and its solar panel are pictured as Airbus announces annual results in Blagnac, near Toulouse, France February 14, 2019.