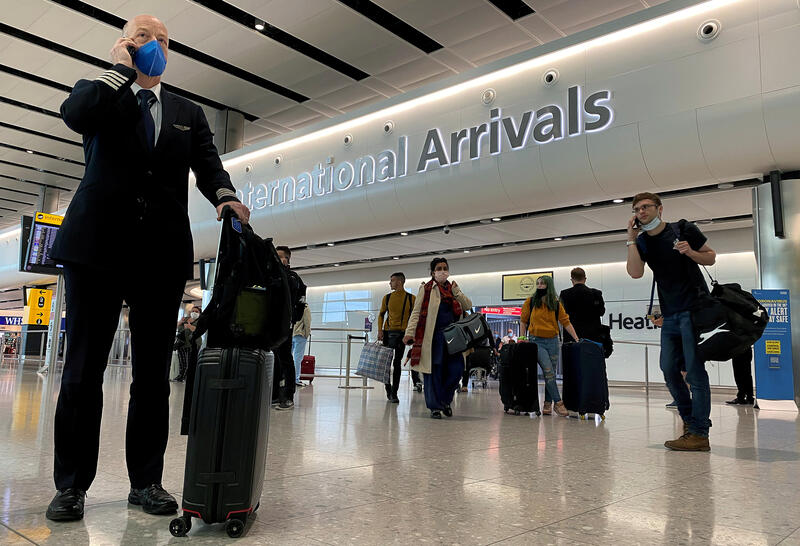 Bonkers no more. Britain is finally scrapping its poorly conceived 14-day quarantine rule for most new arrivals. The relaxation means people arriving in England from more than 50 countries will no longer have to worry about self-isolating for two weeks. It’s a relief for travellers planning summer holidays. It’s also a victory for airline bosses: Ryanair CEO Michael O’Leary had variously labelled the requirements as “useless”, “rubbish” and “bonkers”.

For once, O’Leary’s invective was not over-exaggerated. When the requirements were announced in May, Britain had higher rates of infection for Covid-19 than most other European countries. And in practice, it wasn’t a quarantine anyway. Passengers could leave airports via public transport and then self-isolate at their leisure. Contrast that with New Zealand, which put the army in charge of its quarantine scheme. Fortunately, Britain is ditching the rule before it did more damage to tourism. The government’s credibility may take longer to recover. (By Ed Cropley)

Bit of a steel. Britain’s corporate bailout scheme is off to an opaque start. The government on Thursday made an emergency loan to the UK arm of Spanish steelmaker Celsa. The loan, reported by the BBC to be 30 million pounds, comes with conditions to protect the company’s 1,000 workers and restraints on executive pay. Yet the government offered no financial details. Celsa Steel UK’s last available accounts show it made a net profit of just 65,000 pounds on revenue of 243 million pounds in 2018, and had net assets of just 1.6 million pounds.

The lack of transparency matters because the UK is considering requests for much larger bailouts from companies including British Steel and Jaguar Land Rover, the Financial Times reported last month. “This is a good deal for all parties,” the government declared of the Celsa loan. For now, taxpayers will have to take that on trust. (By Peter Thal Larsen)

Drugged up. India’s medicine makers are in dealmaking mode. Henry Kravis’ private equity firm, KKR, is buying a controlling stake in Mumbai-listed JB Chemicals and Pharmaceuticals, a $730 million company that exports branded antibiotics, treatments for high blood pressure, and other products to over 40 countries. It comes hot on the heels of Carlyle’s purchase of a 20% stake in Piramal Pharma, which valued the company at a healthy $2.8 billion.

The pandemic has put essential medicines into focus for governments. And both companies have contract drug manufacturing capabilities that may benefit as customers like big pharma or biotech firms rejig global supply chains. The Indian link looks set to gain importance. (By Una Galani)

A member of aircrew is seen wearing a protective face mask at Heathrow Airport, as Britain launches its 14-day quarantine for international arrivals, following the outbreak of the coronavirus disease (COVID-19), London, Britain, June 8, 2020.