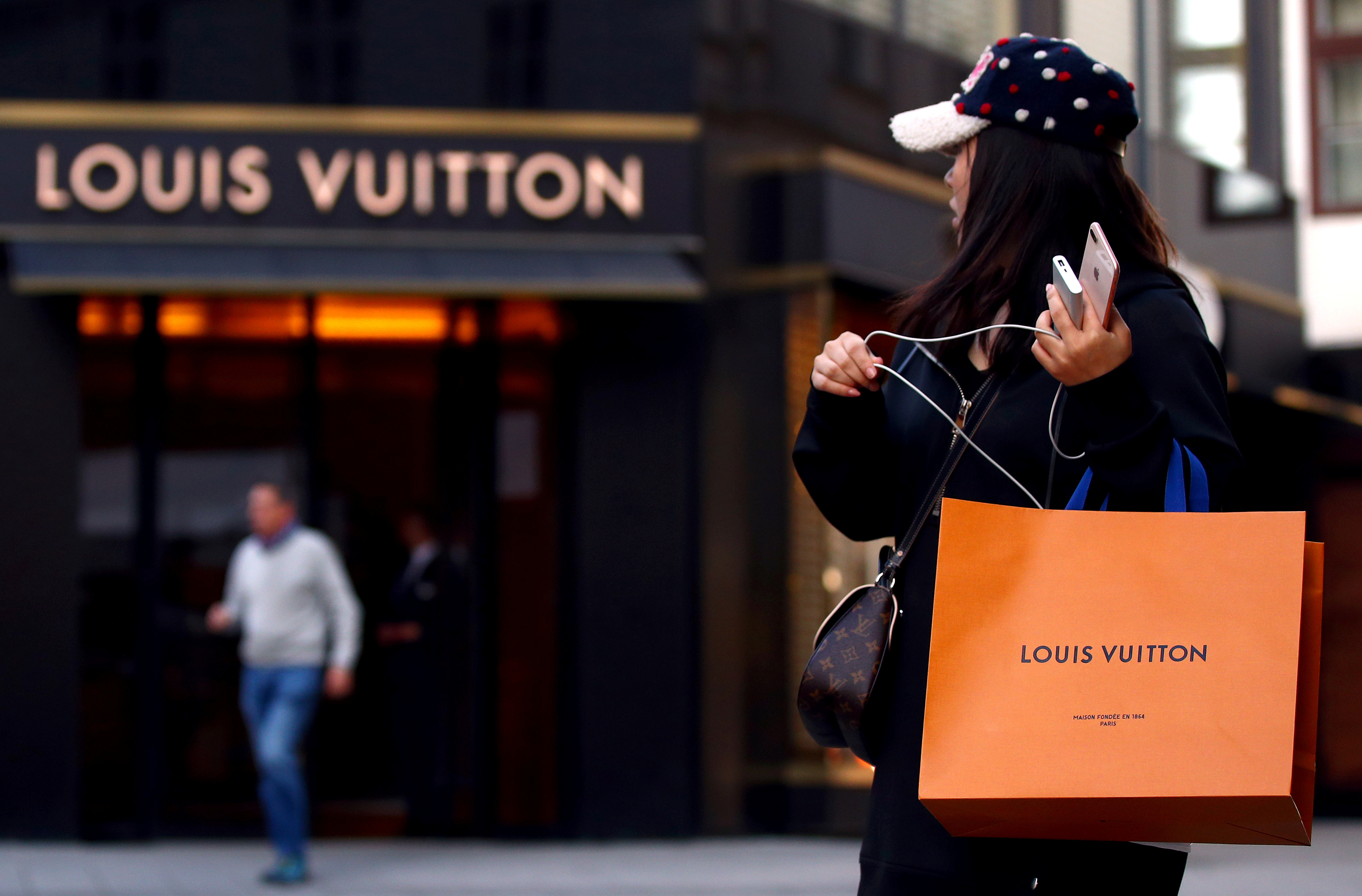 LVMH puts cork back in bottle. The $190 billion owner of Dior and Bulgari is cutting its already-announced dividend by 30%, and the top bosses are forgoing two months’ remuneration and all this year’s variable pay. Both are bigger concessions to the coronavirus-induced downturn than at Birkin bag-maker Hermès.

LVMH’s relative prudence, though, is warranted. Bernard Arnault’s group has recently raised more than $10 billion of debt to fund its planned acquisition of U.S. jeweller Tiffany. It was also burning cash faster than its rivals. Had the full dividend been paid, LVMH could have run out of liquidity after just five months, RBC analysts reckon. And the luxury giant’s reported revenue fell 15% year-on-year in the first quarter. Signs that Chinese shoppers are indulging in relief spending after months of lockdown cannot alter the bleak outlook in most of the rest of the world. (By Lisa Jucca)

Making up the difference. Cosmetics giant L’Oréal’s like-for-like sales fell almost 5% in the first quarter of the year compared to 2019. But it could have been worse for the owner of Kiehl’s and Lancome if online sales through its own and retailers’ websites hadn’t surged an estimated 53%. E-commerce accounted for close to a fifth of the company’s 7.2 billion euros of total sales in the period.

L’Oréal unsurprisingly credited the Covid-19 crisis with helping the acceleration, as well as its own online strengths. Along with peers, the company will want to keep the trend going. Apart from potentially reducing costs, it’s a way of keeping a closer digital watch on customer preferences. The company’s Chinese business is already recovering after the lifting of damaging coronavirus-related lockdowns. But bricks-and-mortar stores around the world may never see the bounce they are hoping for. (By Dasha Afanasieva)

Failure to launch. The $320 million of pandemic bonds issued by the World Bank’s International Bank for Reconstruction and Development in 2017 still haven’t been triggered despite the presence of one of the biggest health crises in a generation. While the coronavirus pandemic has met some of the complex criteria needed to release funds to needy economies, the bonds’ overseer recently determined that the number of cases in countries receiving World Bank funding isn’t growing fast enough.

It’s not as if the cash from these bonds would be that meaningful with costs now being counted in the trillions, and it’s still possible they could be triggered before they mature in July. But particularly in poor countries every little bit helps, and it’s an epic failure of finance and a sad, but telling, example of just how different mindsets were in the pre-Covid 19 world. (By Anna Szymanski)

Jes enough. Jes Staley can breathe a little easier. The $19 billion lender’s activist investor Edward Bramson on Thursday paused his campaign to unseat Barclays’ American chief executive. The 5.8% shareholder still believes Staley “has not demonstrated the level of judgment befitting a director or senior executive”, given his historic professional relationship with deceased financier Jeffrey Epstein. But Bramson also recognises the “complexity of the management situation” amid the coronavirus.

That’s one explanation. Another might be that Bramson has historically struggled to win support from fellow shareholders. His unsuccessful campaign to trim back Barclays’ investment bank may look even more misguided if virus-induced market volatility leads to a bumper first-quarter of trading revenue. That means the global pandemic may have a nice double upside for Staley. (By Liam Proud)

Wolfsburg-based VW warned the coronavirus had brought its retail network to a “standstill”. While Chief Executive Herbert Diess pointed to net cash and credit totalling 17.8 billion euros, that liquidity would only provide enough financial headroom until July in a no-sales environment – assuming he is still spending some 2 billion euros per week as in late March. VW added it was poised to restart German factories in the wake of Chinese openings. A recovery can’t come soon enough. (By Christopher Thompson)

Return of the high friar. Robinhood Markets flubbed a big test in March, when customers of the upstart securities-trading service couldn’t access their accounts on days when prices were lurching. Worse, powerful rivals like Charles Schwab have taken on its zero-fee model. Yet memories are short, and capital plentiful. Robinhood is close to raising $250 million from Sequoia Capital and others, at close to an $8 billion valuation according to Bloomberg – higher than its $7.6 billion worth last summer.

Private company valuations require a grain of salt – different investment rounds can come with varying preferences, for one. If Robinhood pulls it off, it can be thankful that investors are still willing to take a punt on speculative deals, and customers have stuck with it. The overwhelming news cycle may mean that troubles are quickly forgotten, and volatility plus lockdowns make for great recreational trading conditions. Like its namesake, Robinhood is riding on pluck – and luck. (By Robert Cyran)

Diamond birkins. When all the world’s lockdowns are lifted, will pent-up demand lift the global economy back to where it left off? If the experience of Hermes International in Guangzhou is anything to go by, the answer is maybe. The French luxury goods maker reopened its flagship store in the Chinese city on Saturday and sold at least $2.7 million of stuff, including a diamond-studded Himalayan Birkin bag, according to WWD, in what the fashion trade journal called the highest daily haul for a single boutique in China. This so-called “revenge spending” may not be so replicable outside the bling sector. Such bingeing would hardly be advisable at bars or restaurants. But it may explain why Paris-listed Hermes shares have bounced 13% in the past week – and are higher than they were when the year of the lockdown began. (By Rob Cox)

Chips ahoy! TSMC is dialling up hopes for a Covid-19 recovery. The world’s top contract chipmaker posted better-than-expected first-quarter earnings as major customers like Apple and Huawei Technologies have yet to trim orders for its cutting-edge semiconductors. The Taiwanese company reckons demand for consumer electronics will weaken. It nevertheless predicted 2020 revenue growth would be in “the mid to high teens”. That’s probably thanks to next-generation 5G handsets and a boom in data centres.

Even more reassuring is the $250 billion company’s spending plans for the rest of the year. How much TSMC invests in factories, new technology and the like is usually a good indicator of the chipmaker’s outlook for the next year and beyond. That the company is sticking to its pre-pandemic capital expenditure budget from January, of $15 billion to $16 billion, suggests executives are expecting a quick Covid-19 recovery. It’s a bit of cheer from an otherwise gloomy tech industry. (By Robyn Mak)

Showing up. Informa’s share sale suggests the events sector has some life left in it. Investors are signing up to buy new stock worth up to 20% of current share capital, according to a bookrunner. This points to a belief that the sector is dormant rather than dead despite Covid-19 lockdowns making exhibitions impossible in much of the world.

Even under its worst-case scenario, Informa, which relies on exhibitions and conferences for 65% of its sales, expects its events business to begin to recover in the final quarter of the year, though it is anticipating zero revenue from face-to-face get-togethers in the second and third quarters. The 5 billion pound company is betting on pent-up demand: companies will understand the value of real-life contact after forgoing it. A lot of events expenditure, however, is cyclical and any rebound will depend on the depth and severity of the global recession. (By Dasha Afanasieva)

Hold your stub. The coronavirus was bad enough for event ticket resellers Viagogo and StubHub. Now the UK antitrust regulator is launching an investigation into the former’s acquisition of the latter from eBay for more than $4 billion in November 2019. Geneva-based Viagogo went ahead with the payment even though the UK Competition and Markets Authority had flagged some concerns about the deal back in December.

Its investigation, announced late on Wednesday, will prevent the two companies integrating and cutting costs at a time when they are struggling to cope with the cancellation of revenue-generating events such as Premier League sports fixtures. StubHub has already temporarily furloughed two-thirds of its employees. It is also facing a lawsuit in the United States because it is treating the cancellation of live events as postponements and therefore not offering customers refunds. The CMA’s decision means a bad merger just got worse. (By Karen Kwok)