15 May 2020 By Breakingviews columnists 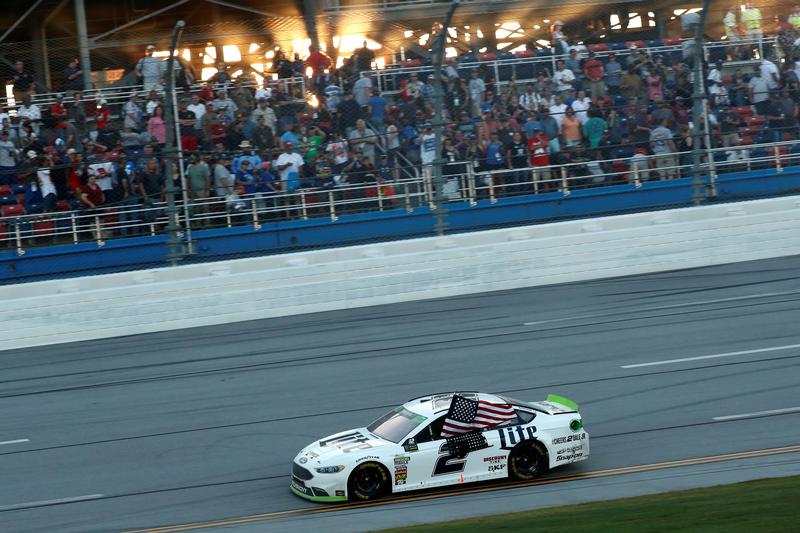 First out of the gate. NASCAR is gearing up for a comeback. The auto-racing organization is holding The Real Heroes 400 at the Darlington Raceway in South Carolina this Sunday – its first competition since the March lockdown. The speedsters were obvious candidates for an early return. It’s easier to socially distance inside solo cars than it is for sports where contact is intentional. But the organization may also be able to capitalize on the success of eNASCAR iRacing Pro Invitational Series – virtual races that have been averaging around 1 million viewers a week, according to ESPN.

That’s a welcome sign for the sport. It has been suffering from declining TV audiences, with average viewership of the Cup Series races down around 45% since 2014. This Sunday’s race may score a higher-than-average home audience, even without fans in the stands, because of the hunger for live sports. But the success of the virtual races may also push NASCAR to realize its future may not just be on the track. (By Anna Szymanski)

Back track. Royal Mail’s chief executive finally delivered a share bounce – just a shame it took his own departure to pull it off. On Friday, the 1.7 billion-pound UK postal service announced Rico Back would be leaving after less than two years. It also revealed that April revenue was down 22 million pounds year-on-year. Despite the lockdown, fewer letters are being sent.

Back, who was given a controversial 6 million-pound “golden hello” in 2018, had been trying to execute a 1.8 billion-pound turnaround plan that aimed to get the postal service to sustained profitability by 2024. Investors had little confidence in it. Royal Mail’s share price has been on a steep decline since he was appointed 23 months ago, underperforming the FTSE 350 Index and sinking to nearly half its 2013 initial public offering price. Given their minus 61% total return since he took over – against minus 23% for the wider market – investors can be forgiven for sending the shares up 9%. (By Aimee Donnellan) Smoke and mirrors. Richemont wants to soothe investors for their lost dividends. The owner of high-end jeweller Cartier announced on Friday it would halve this year’s payout to one Swiss franc a share. That’s a deeper cut than the 30% reduction proposed by rivals Kering and LVMH to preserve cash during the pandemic.

To ease the pain, Chairman Johann Rupert is promising what he calls a “loyalty scheme”. The Swiss conglomerate would give shareholders warrants – the right to buy Richemont shares at a future date at a price close to the current level. The value of that option depends on the financial small print, which the company will not disclose until later. But investors who believe Richemont shares are cheap can already buy them for about 30% less than at the start of the year. Like in the world of luxury that Richemont inhabits, appearance counts for more than the good itself. (By Lisa Jucca)

Uber alles. Will RB Leipzig replace Manchester United as a household name among soccer fans? Germany’s top division will hope so as it prepares to become the first major European sports league to recommence matches this weekend. The early restart – albeit behind closed doors – should allow the Bundesliga to pip Spain’s La Liga and cement second place in the global soccer revenue table, with an estimated 3.7 billion euros for the current season, according to Deloitte. That’s around three-fifths of what clubs in the English Premier League were projected to rake in.

But the Bundesliga is on a more financially sustainable footing: wages accounted for around 53% of clubs’ sales in 2018, compared to 59% for teams in England’s top division. Given the Premier League faces a 1.1 billion pound hit to income if it fails to complete the current season, it’s not just fans who are up for grabs. (By Christopher Thompson)

Shopping haul. IKEA may be calling the bottom of the commercial property market. At least that appears to be the thinking behind the Swedish furniture giant’s plans to snap up real estate in 45 large cities including New York, Los Angeles, San Francisco and Chicago. It’s definitely a contrarian move. Shares in European shopping mall giant Unibail-Rodamco-Westfield are down nearly 70% since the beginning of the year, and it has only collected a fifth of rents in April. New York-listed Simon Property’s share price is down 65%.

The selloff could create opportunities. IKEA tends to own the sites of its giant furniture warehouses. Ingka Centres, its real estate arm, has 45 centres across Europe, Russia and China. Moving into U.S. shopping centres would allow it to reach more deep-pocketed urban dwellers. Given the crisis in retail, the Swedish furniture giant is likely to find itself a lone buyer. (By Aimee Donnellan)

AIA is upgrading its technology, but still anticipates that at least one face-to-face meeting will be necessary in selling new policies. That will raise doubts over how it can lessen its presence on the ground in the long term. (By Alec Macfarlane)

Race winner Brad Keselowski celebrates on the track by waving a U.S. flag from his car after winning NASCAR's Alabama 500 at Talladega Superspeedway in Lincoln, Alabama, U.S. October 15, 2017.