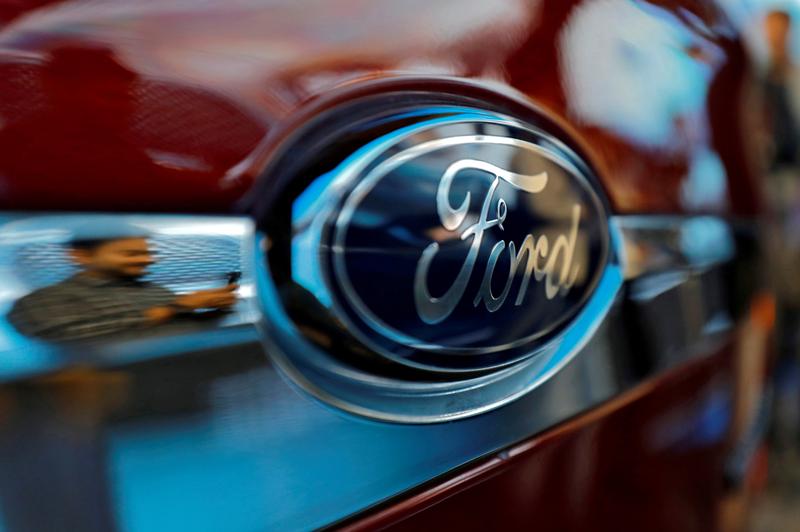 Drive time. Ford Motor Chief Executive Jim Hackett can rest easier off the back of the automaker’s second-quarter results. The company actually turned a profit thanks to some fortuitous timing: It booked a $3.5 billion gain from closing Volkswagen’s investment in its self-driving unit, Argo AI. Even without that, though, the $2.8 billion operating loss was almost half what analysts had expected, according to Refinitiv data.

Ford’s balance sheet looks better, too, as the company revealed on Thursday that it repaid almost $8 billion of its revolving credit lines this week. And the relaunch earlier this month of the Bronco SUV was so popular that there’s now an 18-month waitlist.

Granted, Ford’s performance still lags archrival General Motors – but not as much as feared. That will relieve some of the pressure that had been steadily increasing on Hackett. It will take more work in controlling costs as well as developing self-driving and electric cars to prove that Ford’s better-than-expected showing was not a one-quarter aberration. (By Antony Currie)

Package power. It’s no surprise that the pandemic has produced a huge increase in demand at the $117 billion United Parcel Service. The shipper said on Thursday that revenue rose 13% in the second quarter, thanks in large part to a 65% increase in shipments from businesses to people’s homes. What’s got Wall Street more excited was how operating margins held up – they only declined one percentage point to about 11%.

A year ago, Amazon.com’s ambitions in delivering packages raised the specter of excess capacity. Now, UPS and FedEx can barely keep up. Moreover, the wave isn’t likely to ebb soon, as the pandemic continues. Holiday shipments will strain the system further. That means shippers can hike prices. UPS already introduced some surcharges at the end of May. The 10% rise in its share price suggests investors think those prices will stick for the long term, even if higher volumes don’t. (By Robert Cyran)

Man’s best friend. On Thursday, Nestlé lowered its expectations for organic growth this year from “more than 3.5%” to a more meagre 2%-3%. That follows a first-half slowdown in out-of-home and on-the-go products like bottled water, which brought organic top line year-on-year growth down to 2.8%. It was 3.6% in the same period of 2019. Thanks to asset sales, the reported top line shrunk more than 5%.

It’s not all bad news for the $347 billion company. Investments in the Purina pet care brands are paying off. They were the highest contributors to growth. The health science unit also reported double-digit growth. With net debt of just 33 billion Swiss francs ($37 billion), Nestlé’s CEO Mark Schneider has plenty of room for a pet care and health spending spree. (By Dasha Afanasieva)

Treasure chest. The pandemic has helped Mediobanca store up some wealth. The Covid-19-induced regulatory ban on dividends and share buybacks, coupled with ongoing accounting leniency and higher earnings, has lifted the Milan-based bank’s common equity Tier 1 ratio to a record 16.1%. That’s higher than such European heavyweights as Banco Santander, Barclays and UBS.

Mediobanca’s retail-lite business mix does not need such a large capital buffer. Reducing the Tier 1 ratio to the bank’s medium-term target of 13.5% would unlock over 1.2 billion euros, Breakingviews calculations show. That is about 20% of the bank’s current market capitalisation. The coronavirus crisis might bring unexpected losses, and regulators may become more stringent, but Mediobanca’s shareholders can reasonably hope to see some money coming their way. (By Lisa Jucca)

The company has a lot of catching up to do. Rival chipmaker Taiwan Semiconductor Manufacturing recently pledged to achieve 100% renewable energy in all its operations by 2050. And last week, Apple committed to be completely carbon-neutral in its supply chain and products by 2030. The pandemic has prompted a renewed debate on all things environmental in South Korea, one of Asia’s worst polluters. That’s potentially one happy outcome of the global health crisis. (By Robyn Mak)

Green shoots. The pandemic tide has started to turn for some purveyors of bling. Despite terrible second quarters, Gucci-owner Kering and Italy’s Prada reported strong “revenge” buying, as Chinese customers spent with gusto when stores reopened after the lockdown. Kering said its main brands’ sales in mainland China since May have been between 40% and 70% higher than last year. Prada’s Chinese purchases soared more than 60% in July. Hermes International, which took a surprisingly big hit on operating margin, was cagier, simply saying that the Middle Kingdom had showed great dynamism.

Chinese spend is likely to represent half of global luxury revenue in 2020, up from 36% last year. But the industry’s road to full recovery is tortuous as long as travel stays on hold and the rest of the world underperforms. Prada doesn’t expect to regain 2019 revenue levels until the end of 2021. For weaker players like Salvatore Ferragamo and Tod’s, the wait could be even longer. (By Lisa Jucca)

Taking the medicine. Britain’s 18 billion pound Lloyds Banking Group spooked investors on Thursday with a whopping 2.4 billion pound second-quarter charge for expected bad debt. That was two-thirds higher than the impairment Chief Executive António Horta-Osório booked in the first quarter. Shares were down 9% by 0815 GMT.

Perversely, it could be a sign of strength. By taking the pain early, Horta-Osório has a bigger cushion to absorb actual loan losses. It’s unlikely that he’ll have to book additional hefty charges when government pandemic support programmes tail off later this year. Combined with a beefy 14.6% common equity Tier 1 capital ratio, that reduces uncertainty for investors. It also sends a useful signal to supervisors. They are less likely to unwind capital relief as long as the sector appears to be groaning under the weight of dud credit. In the topsy-turvy world of banking regulation, perceived weakness can be an advantage. (By Liam Proud)

A visitor is reflected as he takes pictures of a new Ford Aspire car during its launch in New Delhi, India, October 4, 2018.