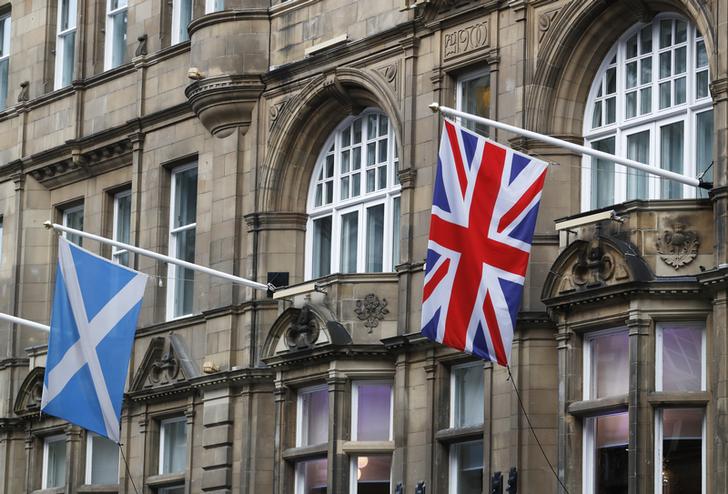 Scotch risky. Covid-19 may fast-track a UK breakup that has been on the cards since Britons voted for Brexit in 2016. Scottish First Minister Nicola Sturgeon wants her country to be able to vote in a second independence referendum sometime next year. If her Scottish National Party walks Scotland’s parliamentary elections next May, UK Prime Minister Boris Johnson will face a conundrum over whether to grant one.

Economically, 2021 sounds like a bad time for another vote. In the year to end-March, Scotland’s budget deficit was 9% of its GDP, compared to 2.5% for the United Kingdom. Covid-19’s hit to oil prices and the wider economy will have made this worse. Quandaries from the first vote in 2014 like what currency an independent Scotland would use remain unresolved. But Sturgeon’s more assured handling of the virus, and voters’ seeming insouciance over predictions of economic doom, have produced polls indicating a majority of them favour independence. If she gets a vote, she would probably win. (By George Hay)

Impasse. Resolving a standoff on much-needed European Union money is going to take ingenuity. Poland and Hungary, which vetoed the EU budget and a coronavirus recovery fund earlier in November, issued a joint statement on Thursday insisting that rule-of-law conditions cannot be attached to the funds without changes to the bloc’s treaties. Others, such as the Netherlands and the European Parliament, are equally adamant the conditions are part and parcel of the financial plan.

One way out would be the EU using a treaty option that allows a group of at least nine countries to proceed on their own with a project that doesn’t have the backing of all. Taking this so-called enhanced cooperation route on the recovery fund would break with the practice of finding compromises that bring everyone along on important issues. But for some, the rule of law is an even more important tradition. (By Swaha Pattanaik)

Sharing is caring. E-commerce giant Amazon.com, one of the world’s most successful companies during the pandemic, is looking to spend $500 million on Christmas bonuses for front-line workers. That’s equivalent to 300 pounds for UK full-time employees and 150 pounds for part-time ones, according to a company blog post. The announcement, on the eve of the Black Friday discount bonanza, may help sooth rebellious unions trying to disrupt festive deliveries in countries like Germany.

Amazon says the bonus will bring worker top-ups to $2.5 billion this year, higher than ever. The question is whether billionaire Jeff Bezos could have done more. An online sales surge has a given a $700 billion boost to Amazon’s market value. And revenue is expected to grow 60% to $450 billion next year from before the pandemic, Refinitiv forecasts show. With Amazon under public scrutiny for its safety and tax practices, sharing a larger portion of its success seems a suitable Christmas present. (By Lisa Jucca)