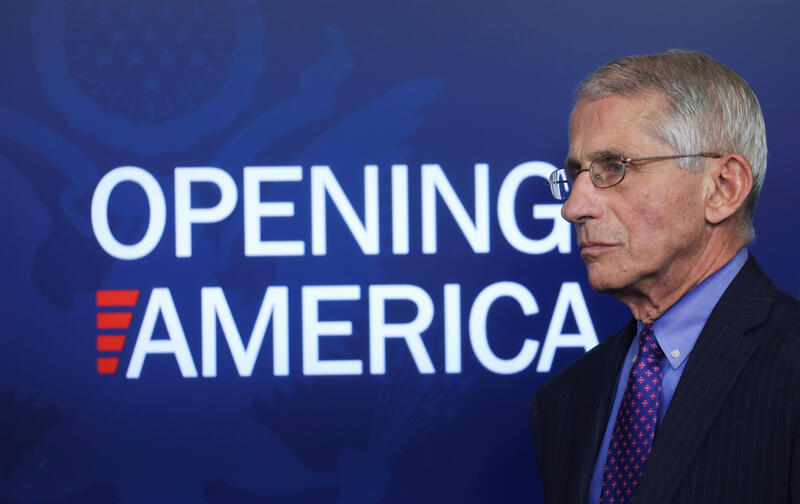 Never ending story. White House Economic Adviser Larry Kudlow may still envisage a V-shaped recovery. But such talk looks irrelevant as newly diagnosed cases of the coronavirus reach roughly 40,000 a day, That’s higher than in April’s peak, according to Johns Hopkins University data. But Anthony Fauci, director of the U.S. National Institute of Allergy and Infectious Diseases, told the U.S. Senate on Tuesday that the number could soon breach 100,000 cases per day.

If he’s correct, considerably more economic pain lies ahead. A quick recovery was already looking hard a couple of weeks ago. Now multiple states are re-tightening restrictions on businesses. New York, New Jersey and Connecticut on Tuesday recommended people arriving from eight other states self-quarantine for two weeks. And the UAW has asked General Motors to close its plant in Arlington, Texas that makes high-margin SUVs, Bloomberg reports. U.S. dysfunction means the recovery isn’t a letter; it’s a never-ending story. (By Robert Cyran)

Third time’s a charm. The Paycheck Protection Program remains a work in progress. The $670 billion relief plan designed to help small businesses is set to expire on Tuesday. But around a fifth of the funds are still in the till. Economists say it saved millions of jobs, and the surplus suggests much of the loan demand was met. But this was only after multiple rule changes. Confusion about loan forgiveness criteria and weak banking relationships probably scared off some potential borrowers.

Thankfully, politicians agree more needs to be done. Senators Marco Rubio and Ben Cardin are leading a group considering next steps. Ideas floating around Washington include allowing some smaller firms to take out a second loan, allocating billions to businesses with fewer than 10 employees, shifting leftover funds into new programs and forgiving all loans under $150,000. The PPP’s iterations show America can still do the right thing – after exhausting all other possibilities. (By Anna Szymanski)

Hedge fund contagion. Even would-be masters of the universe are not immune to the coronavirus. A mere 84 hedge funds launched in the first quarter of 2020, according to Hedge Fund Research data, the lowest number since 2008. Fund liquidations topped 300 in the period, a level seen just once since the financial crisis.

And that’s for a quarter in which Covid-19 was only beginning its temporary devastation of stock markets, and more durable disruption of economic activity. Hedge fund returns were radically more dispersed than in the prior period, ranging from 16% for the top decile to minus 41% for the weakest tenth of the industry, against a far narrower range of 17% to minus 7% in the last quarter of 2019.

Market volatility and corporate distress should present new opportunities. The question is whether hedgies can turn the modest April and May upturn into the index-beating performance that has largely eluded them in recent years. (By Richard Beales)

Sold down the river. So much for French President Emmanuel Macron’s privatisation programme. The pandemic has delayed plans to sell down the state’s 51% stake in $10.1 billion airport operator Aeroports de Paris until 2022, Finance Minister Bruno Le Maire said on Tuesday. That potentially leaves lottery operator Francaise des Jeux, which listed in late 2019, as the sole beneficiary of his pledge to sell down some of the government’s holdings.

ADP shares have decreased 48% in the year to date – collapsing along with travel volumes. So Le Maire’s hesitancy is understandable. But it won’t help government finances much: France’s public debt is expected to rise to 121% of gross domestic product this year, a year-on-year increase of around one-fifth. Macron may, however, get away with it if bond investors remain as relaxed as they currently are: France’s 10-year government bond yields are negative. (By Christopher Thompson)

Same but different. Royal Dutch Shell is following BP, sort of. The Anglo-Dutch oil major flagged on Tuesday it would impair its assets by $22 billion, following its UK rival’s recent pledge to knock $17.5 billion off its balance sheet. Both have cited the impact of Covid-19 on oil prices, and both are transitioning to low-carbon futures.

Shell’s write-down represents a smaller chunk of its balance sheet, and its hefty dividend cut in April helps preserve cash. Still, the decision looks more driven by the virus than climate change. Though Shell is expecting lower oil prices in the next few years, it has not lowered a long-term assumption of $60 a barrel. Nor has it assumed a $100 a tonne carbon price by 2030. When both oil giants lay out how they are going to cut carbon emissions by 2050 later this year, investors might appreciate greater clarity on what the real drivers are. (By George Hay)

Cleaning up. It’s a good time for a soap maker to scrub up to go public. China’s Blue Moon on Monday filed documents to list shares in Hong Kong as consumers get more hygiene-conscious. Even before the pandemic, the company was on a blistering pace. Net profit surged 95% last year, to $139 million. Procter & Gamble’s fabric and home care division, by comparison, grew 30%.

Pandemic-related factory closures hurt Blue Moon sales in the first quarter. But fabric detergent is experiencing a V-shaped recovery, consultancies Bain and Kantar Worldpanel say in a new report. As production resumes, Blue Moon stands to join in the lather.

U.S. cleansing peers Colgate-Palmolive and Clorox trade on a blended 27 times expected earnings, a roughly 20% uplift since February. Assume the rate of growth for Blue Moon’s bottom line slows a bit, to 75%, and on that robust valuation multiple, it could be worth some $6.7 billion. (By Sharon Lam)

Hourly say. The nine to five grind may become one of the victims of the pandemic. At least, that’s the message from a survey carried out by Adecco. The $8 billion Swiss staffing firm polled 8,000 office-based workers in eight markets including America, Germany, and the United Kingdom, and found employees working 40-hour weeks would prefer to be paid for results rather than hours clocked. Three-quarters of company executives also reckon the working week could be cut.

Longer weekends are hardly novel. The UK Labour party floated the idea of a four-day working week last year and Finland’s Prime Minister Sanna Marin has vowed to deliver three-day weekends. Big corporations can see the merits. Microsoft reported a 40% increase in productivity when it gave its 2,300 employees in Japan Fridays off. A New Zealand company, Perpetual Guardian, also found staff surfed the internet less in a similar experiment. With such results, downtime could get a boost. (By Aimee Donnellan)

(The entry about working hours has been corrected to say that 8,000 workers were polled, not 1,000, after a revised statement from the company to Breakingviews.)

Dr Anthony Fauci stands in front of a digital sign promoting the Trump administration's announcement of guidelines for "Opening Up America Again" during the daily coronavirus task force briefing at the White House in Washington, U.S., April 16, 2020.