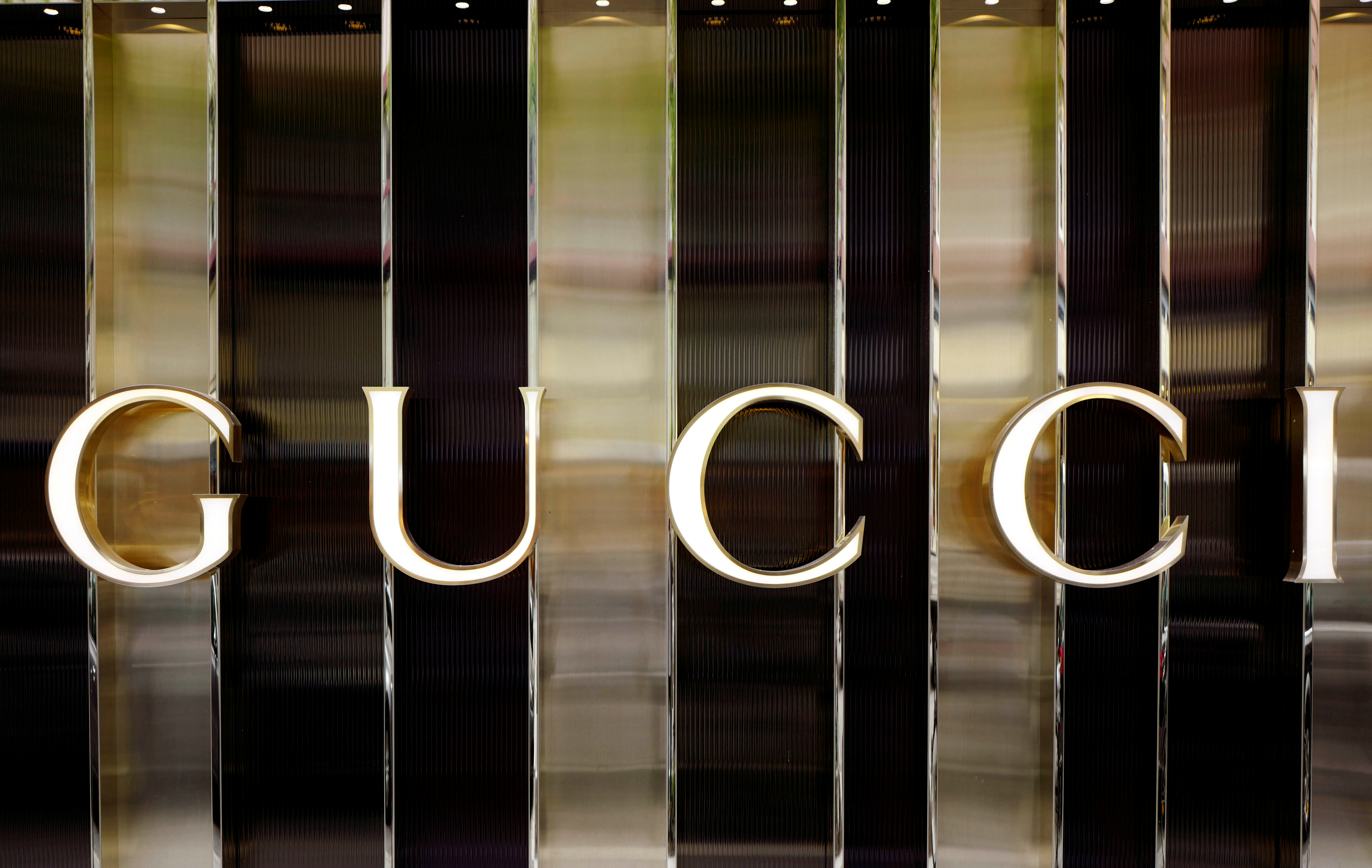 Swing and a miss. Major League Baseball has dealt a blow to college sports. On Monday, days after the curtailed season started, the MLB postponed three games because more than a dozen Miami Marlins players and staff tested positive for Covid-19. Unlike many other professional leagues, the sluggers aren’t quarantined in a so-called bubble. Instead, they can move around in line with safety guidelines and even have to travel for games. This may not be a crackerjack plan.

The news calls into question the impending start of the college football season. Unpaid athletes can’t be locked in hotel rooms for months or put in harm’s way. So attempting any fixtures will require strict adherence to rules – a questionable strategy when dealing with 19- and 20-year-olds. Officials should have warned Americans months ago that shunning masks and neglecting to social distance could mean no University of Alabama and Louisiana State University game. That probably would have worked better than talking about a statistical curve. (By Anna Szymanski)

All pumped up and nowhere to go. Environmental benefits incurred as a result of industrial slowdowns during the Covid-19 pandemic could quickly be reversed. Research group Rystad Energy warned Tuesday that gas production from the Permian Basin could rebound in the second half of the year as pumping in the West Texas region picks up. The problem: Flaring, or burning unwanted gas in a highly pollutive manner, could ramp up too as investment in pipelines has waned.

In May, Stanford University scientist Rob Jackson calculated emissions had dropped as much as 17% globally since lockdowns started – but that the results would be short-lived. He noted carbon emissions dropped roughly 1.5% for a year during the global financial crisis, but roared back 5% the following year “as if nothing had changed.” Upgrading energy infrastructure is one way to sustainably reduce emissions. Perhaps the money not invested in pipelines could be spent on that. (By Lauren Silva Laughlin)

E-boom. It took a pandemic to bring the $330 billion luxury industry fully into the digital age. Top players such as Hermes International and LVMH have been relatively slow to embrace online selling. But when Covid-19 closed stores and hampered travel, firing up the internet channel became imperative. Gucci’s owner Kering said on Tuesday online sales increased nearly 50% in the first half of 2020. They now represent 13% of revenue, up from 6% last year.

Reopening physical outlets, even in the all-important mainland Chinese market, has not slowed the digital exuberance, says Kering. No wonder Italy’s Moncler, whose puffer jackets sell for $1000 or more, announced on Monday plans to double online business within three years, from what analysts estimate is currently 10% of revenue. A luxury digital revolution was probably inevitable, thanks to younger clients’ willingness to buy expensive items over the internet. The pandemic has accelerated the timing. (By Lisa Jucca)

DJ Ly-Sol. The alter ego of Goldman Sachs boss David Solomon, DJ D-Sol, opened a weekend Hamptons gig that has now attracted the ire of New York State Governor Andrew Cuomo. Some of the few thousand folks attending the drive-in charity concert headlined by The Chainsmokers ended up crowded around the stage with inadequate distancing and few masks in evidence, according to videos and news reports.

Jay Schneiderman, town supervisor of Southampton where the event took place, was on the bill, too. He later told the New York Post the event would never have been permitted the way it ended up. It’s a pity such a high-profile trial run for a Covid-beating event should fall short. Live performers of all stripes need to earn a living, charities need fundraising opportunities, and people need to share experiences. Maybe the privileged Hamptons wasn’t the best place to experiment – or for Solomon to wind down after Goldman’s settlement last week of a long-running corruption scandal with the Malaysian government. (By Richard Beales)

Masks as a luxury good. The world’s best-known maker of protective masks has an oddly high-end challenge: a flourishing grey market. 3M told investors on Tuesday that it is ploughing resources into hotlines, social media monitoring and lawsuits to combat price-gouging and counterfeiting. Demand for life-saving respirators has soared far beyond what it can supply. While the group’s second-quarter revenue fell 12% year-on-year, sales of Covid-related masks grew by $225 million.

Luxury brands like Burberry and Louis Vuitton know the feeling. When a desire outpaces production, the market often finds a way. And winning back control comes at a cost. LVMH spent 43 million euros in 2019 on anti-counterfeiting. Burberry used to literally burn products to keep them out of dishonest hands. Of course, 3M can’t do that. Moreover, it can’t respond to demand by jacking up the price, as luxury houses do. That leaves it with the pitfalls of producing objects of desire, without one of the benefits. (By John Foley)

Rainy-day funds. Singapore has dug deep. The government has turned to its sovereign wealth fund GIC’s reserves for an extraordinary $38 billion drawdown. That will help finance more than half of the economic support announced so far this year. This is the fund’s second-ever drawdown in nearly four decades, and is 10 times bigger than the one seen during the global financial crisis. It’s a sharp reminder of the burden the pandemic is placing on economies. Other governments can only borrow.

GIC foresees major changes in the global investment environment as a result of higher debt. Major central banks will now accommodate periods of above-target inflation, even during economic upswings. It also thinks the blurring of lines between monetary and fiscal policies seen during the pandemic may be here to stay, which could lead to capital flight and currency depreciations. If so, lower returns and increased volatility are the future. (By Una Galani)

Full speed ahead. Peugeot Chief Executive Carlos Tavares is showing automakers a way out of their post-coronavirus funk. Shares in the $16 billion company rose by 4% on Tuesday after its car business generated 731 million euros operating profit in the first half despite a 35% annual drop in revenue, comfortably beating analysts’ forecasts. Vigorous cost-cutting kept Peugeot’s core operating profit margin positive at 3.7%. The company reckons sales in Europe, its biggest market, will drop by 25% this year compared with 2019. Increased efficiencies should, however, enable Tavares to comfortably beat a minimum 4.5% margin target next year.

Even so, investors remain hard to please. Tavares’s planned union with Italy’s Fiat Chrysler Automobiles targets synergies with a present value of some 25 billion euros, according to a Breakingviews calculation. That’s only slightly lower than the two automakers’ combined market values. Peugeot’s pandemic performance is a start at winning over sceptics. (By Christopher Thompson)

Covid-19’s Cassandra. The world’s next global financial crisis may be on the horizon, the former chief of the Hong Kong Monetary Authority has warned. Speaking in a recent interview, Joseph Yam sounded the alarm that the pandemic has brought a sudden stop to the global economy, which will have dire consequences for financial markets.

Too much volatility and money sloshing around – unresolved problems from earlier crashes in 1997 and 2008 – will make this impending financial crisis even harder to manage, Yam reckons. The massive fiscal deficits and money-printing from the U.S. Federal Reserve and other central banks will only add to the distortions. With second and third waves of infections sweeping across Europe and Asia, and more pressure for policymakers to revive economic growth, expect more sombre prophecies to come. (By Jamie Lo)

The entrance of Gucci's flagship store is pictured in downtown Frankfurt, Germany, April 7, 2017.