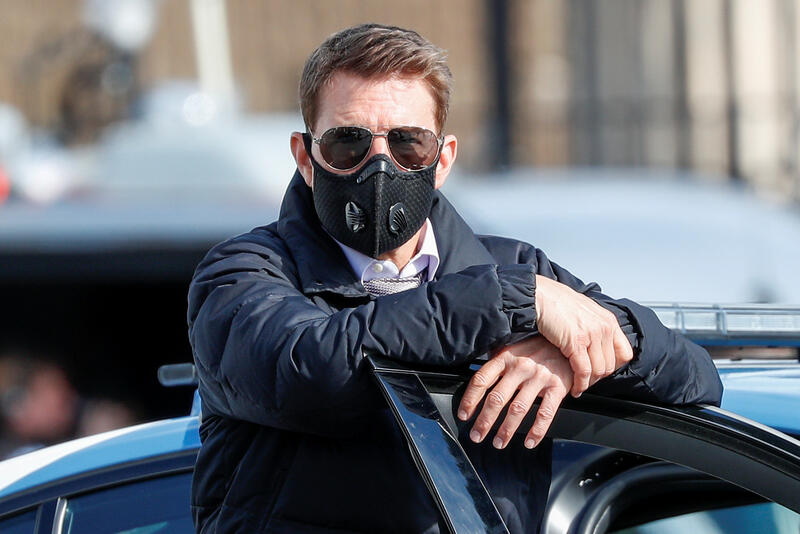 Life imitates art. In “Tropic Thunder” Tom Cruise plays a foul-mouthed producer who drops F-bombs at every turn. In real life, Cruise tapped his inner Les Grossman on the set of “Mission: Impossible” and was recorded screaming at two crew members who were not sufficiently socially distancing. According to the Sun, the mega-star rages: “If I see you do it again, you’re fucking gone!” He then lectures the set on how important the movie is to Hollywood.

Melodrama aside, he has a point. The film has been troubled after Covid-19 scuppered earlier attempts to get the sequel off the ground. More broadly, production has ground to a near-halt so any new flick is a welcome development for the industry. Box office ticket sales in North America plunged to $2 billion so far this year compared to 2019’s haul of more than $11 billion, according to Box Office Mojo. Tinseltown can’t afford risky business. (By Jennifer Saba)

El Brexit. Spanish bank Sabadell may have moved a step closer to selling its U.K. arm. The Alicante-based lender is set to name Cesar Gonzalez-Bueno, a non-executive director of TSB, as its next chief executive, Reuters reported on Wednesday citing people familiar with the matter. The move to install the former ING executive comes after current boss Jaime Guardiola’s talks with would-be acquirer BBVA broke down last month. The value of the loss-making British lender was a sticking point in the discussions.

Analysts at JPMorgan reckon TSB might fetch up to 900 million pounds. While that’s far less than the 1.7 billion pounds Sabadell paid for the business in 2015, a sale would shore up Sabadell’s 12% common equity Tier 1 ratio. Anything that helps boost Sabadell shares, which are trading at a miserable 20% of tangible book value, would make it easier to restart talks with BBVA. (By Christopher Thompson)

Stub it out. Tobacco and respiratory illnesses are often paired for unfortunate reasons. But British American Tobacco looks to be trying to change that by developing a Covid-19 vaccine. The 64 billion pound maker of Lucky Strike cigarettes said on Wednesday that its inoculation candidate was approved by the U.S. Food and Drug Administration for a Phase 1 study.

BAT is far behind Big Pharma in its race for a vaccine. Pfizer began vaccinating people in the United States and Britain this month. AstraZeneca and Moderna are close behind. And BAT’s capacity could also be an issue, as it is only aiming to manufacture 1 million doses to 3 million doses per week. That’s at most 12 million doses per month, around one-tenth of what Pfizer is aiming to roll out next year. But even if the vaccine doesn’t work out or gain much traction, investing in helping solve the coronavirus crisis will certainly boost BAT’s environmental, social and corporate governance credentials. (By Aimee Donnellan)

Breaking the bank. The pandemic tide lifted many, but not all, technological boats. Xinja, Australia’s first independent online bank, said on Wednesday it was closing all its savings accounts, returning $378 million in deposits and handing back the licence it was granted a little over a year ago. The startup, co-founded and led by Eric Wilson, blamed Covid-19 and a tough fundraising environment.

A $325 million commitment from a Dubai-based investor in March fell through. Around the same time, as the Reserve Bank of Australia was slashing interest rates, Xinja said it would stop opening new accounts but keep paying an attractive 2.25% to existing customers, even though it never managed to start lending. Cracking oligopolistic banking markets like the one Down Under is tough in the best of circumstances, and nearly impossible during a downturn. Xinja’s plan to carry on with a fledgling U.S. stock-trading business could be equally tough. (By Jeffrey Goldfarb)

Internet of Toast. The pandemic has been kind to kitchen gadgets. The combination of enforced home cooking and e-commerce appears to have driven stir-crazy gourmands to stock up on appliances. In Japan, that helped Balmuda, maker of a $225 toaster, raise $30 million in its Tokyo initial public offering and log an 88% first-day pop on Wednesday.

Like New York-listed super-cooler maker Yeti, which has seen shares double this year, Balmuda’s devices push performance envelopes of otherwise prosaic product categories. As reviewed by Wired, “The Toaster” steams bread while it toasts it, keeping it moist on the inside and crisped on the outside. It also looks like something neat-freak Marie Kondo would own. If you build a better toaster, the quarantined world beats a path to your door. (By Pete Sweeney)

Actor Tom Cruise is seen on the set of "Mission Impossible 7" while filming in Rome, Italy October 13, 2020.