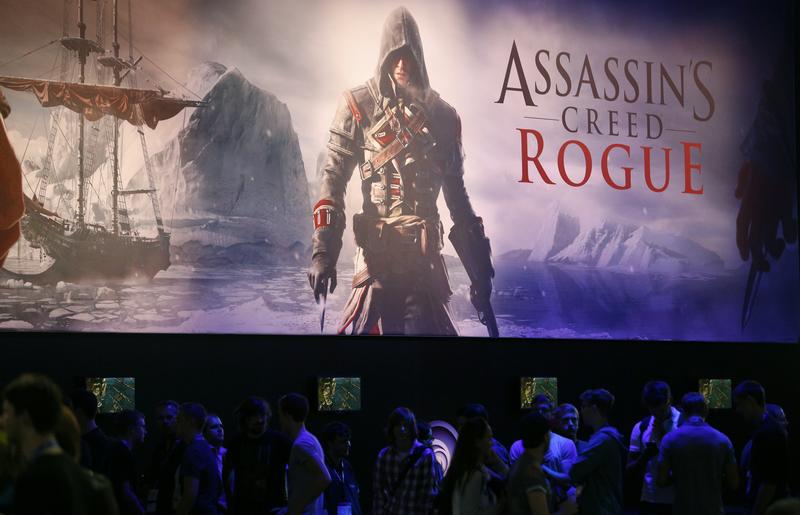 Stinge-worthy. Global lockdowns have favored those watching everything from Netflix’s “Tiger King” to Amazon.com’s “Borat Subsequent Moviefilm.” And they like what they’re seeing. Whether they plan to pay for that privilege is another question.

A new study from Activate consulting found that the average paying customer has about four subscriptions to services like Netflix and Disney+ today; that will grow to an average of about six by 2024. Meantime the study forecasts that people paying for pricey cable packages will fall by more than a fifth from an estimated 79 million households in the United States this year to 61 million by 2024.

All that Netflix and chilling is creating something of a bad habit. More than 50% of paid streaming subscribers mooch one or more passwords for their shows. So they may be ramping up the viewing. The problem may be getting people to reach into their pocketbooks. (By Jennifer Saba)

Gamers’ delight. A surge in Covid-19 cases across western Europe and North America suggests one thing: gamers, particularly the young adults among them, will be getting kicked out of local bars and put back in front of the screen. That’s a good thing for those who are trying to make it big in the dog-eat-dog world of gaming. Chief among them are the creators themselves.

France’s Ubisoft on Tuesday emerged as the latest winner. The game developer received a vote of confidence from streaming giant Netflix when the $216 billion subscription service announced that it plans to develop a series based on Ubisoft’s “Assassin’s Creed” games, sending the $12 billion developer’s shares up almost 5%. Netflix had previously released “The Witcher”, which has been credited with greatly boosting sales of competitor CD Projekt’s video game series of the same name.

If consumers are as enamoured with “Assassin’s Creed” as Netflix thinks they are, Ubisoft could be in for a lucrative lockdown. For some the winter may be coming, but for gamers it’s nothing but sunshine. (By Oliver Taslic)

Breathing easier. Failure to contain the coronavirus in most Western economies is having predictably positive results for mask maker 3M. Now investors can put a number on it. The U.S. conglomerate said on Tuesday that it expects respirators to boost overall sales by 3 percentage points in the fourth quarter. Based on what it has already reported, their total growth this year would be $800 million.

It’s fitting that the face gear that affords protection from Covid-19 is becoming what consumer firms like Unilever refer to as a “billion-dollar brand.” 3M said in July that its 2020 production of respirators was on course to be triple 2019’s level, suggesting sales were previously well below that 10-digit level.

Nobody will be more surprised than boss Mike Roman. In March, he suggested to analysts that the bump from personal protective equipment sales might mimic that of 2009’s H1N1 influenza pandemic – roughly $250 million. Growth sometimes comes from unexpected, if unhappy, places. (By John Foley)

Aperiti-no. Travel restrictions cancelled holidays abroad for many this year. Staycationers instead turned to alcohol for an escape. Italian spritz maker Davide Campari Milano said on Tuesday that like-for-like sales jumped almost 13% in the third quarter compared to 2019, giving its shares a 2% bump.

It’s too soon to cheer a recovery, though. By ordering bars and restaurants to shut by 6 p.m., Italian Prime Minister Giuseppe Conte effectively cancelled the “aperitivo” from Monday. This mainstay of after-work social life in Campari’s second-biggest market is almost synonymous with its Aperol Spritz cocktail. Subsequent coronavirus waves pose a threat to the 11 billion euro spirits group and its heady valuation: it trades at 39 times forecast 2021 earnings, compared to 27 times for France’s Pernod Ricard, which has a June year-end. At least Tuesday’s results show that the aperitivo culture can quickly bounce back. (By Dasha Afanasieva)

Book worms. The pandemic has been a saviour to the book trade. Just look at Bloomsbury, publisher of the “Harry Potter” series, which enjoyed a 60% burst of pre-tax profit growth in the six months to Aug. 31, its highest earnings since 2008. The Black Lives Matter movement sparked a rush for meaty titles covering race relations like “Why I’m No Longer Talking to White People About Race” and “White Rage”, which became bestsellers. The news lifted the British firm’s shares nearly 20% on Tuesday.

The boom may have even further to go. Rolling lockdowns are likely to encourage more escapism through reading books like “Throne of Glass” by Sarah J. Maas. Bloomsbury can also capitalise on a rise in remote learning at universities thanks to its catalogue of online material. Online sales of digital resources soared 47% thanks to demand for academic literature. At least for now, the industry’s rocky romance with readers is on again. (By Aimee Donnellan)

You snus, you win! Chewing tobacco is enjoying a renaissance. Swedish Match, which makes non-burning tobacco products and cigars, reported a 15% rise in third-quarter sales compared to last year. Revenue increased across all its segments including snus, a moist tobacco powder which is banned in Europe, snuff, chewing tobacco and nicotine pouches. Shares rose more than 6%.

Instead of nudging people to appreciate the importance of physical health, the pandemic appears to have strengthened the draw of unhealthy habits. Even with airport duty-free sales decimated, beleaguered cigarette maker Imperial Brands expects tobacco net revenue to rise this year. Luckily for Swedish Match boss Lars Dahlgren, smoke-free tobacco products are growing even faster. But oral tobacco is also carcinogenic. The health costs of succumbing to this vice will be felt long after the pandemic. (By Dasha Afanasieva)

Subsequent merger-sale. Some companies see pandemic-related buying opportunities, but others such as Boral are in retreat. At its annual shareholders meeting on Tuesday, the $4.3 billion Australian building materials supplier unveiled a deal to sell its half-stake in a plasterboard business to German partner Gebr Knauf for about $1 billion. It is also considering exiting North America to refocus back at home.

Boral’s $2.6 billion acquisition of Headwaters in 2017 turned out to be an overly ambitious bet on a U.S. housing boom. Outgoing Chairman Kathryn Fagg conceded the company overpaid and left little margin for error against risks that eventually transpired. Clobbered construction markets, for example, clipped 55% off Boral’s full-year after-tax profit. It’s generally easier for a new chief executive – in this case Zlatko Todorcevski – to take a dispassionate look at the portfolio. But there’s nothing like a crisis to expose harsh M&A realities. (By Jeffrey Goldfarb)

Uncut geminis. Aiman Ezzat can breathe a sigh of relief. After a dicey second quarter, in which the Capgemini chief executive unveiled a 7.7% organic year-on-year sales decline, the 18 billion euro French IT consultancy sprung back in the third quarter. Ezzat revealed on Tuesday that sales slumped by a more modest 3.6% on the same organic basis, which excludes M&A and currency swings. Capgemini’s share price rose 5%.

It’s particularly reassuring given European technology peer SAP’s disastrous update on Monday, which initially wiped one-fifth off the German giant’s market value and raised fears that companies were putting off IT projects amid a second wave of virus infections. Ezzat, by contrast, said on Tuesday that full-year revenue growth will exceed the midpoint of his previously announced target range. That should lend Capgemini’s share price some immunity to a resurgent coronavirus. (By Liam Proud)