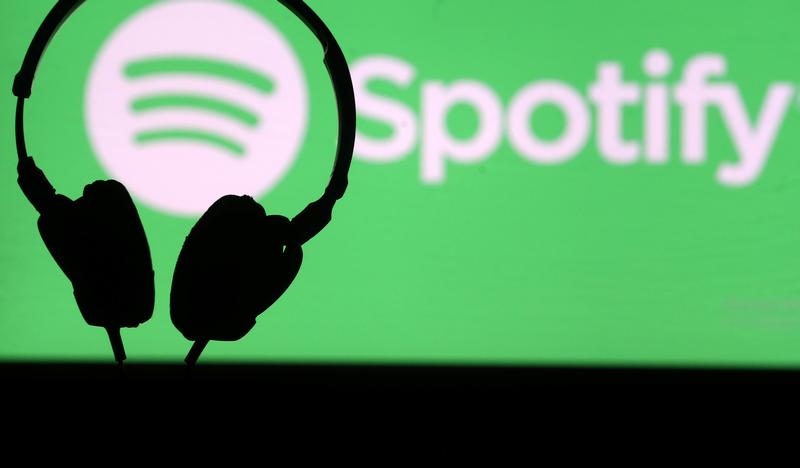 – Spotify keeps the volume up

Gross domestic plunge. Wednesday’s early estimate for first-quarter U.S. GDP showed a 4.8% annualized decline. With coronavirus-related shutdowns torpedoing consumption and other economic activity only in late March, that’s still partly guesswork – as were economists’ forecasts, which ranged from 1% growth to a 15% rate of shrinkage, according to a Reuters poll. More predictable is that the second quarter will look much worse.

There’s something for the V-shaped recovery optimists in the report, however. Inventories declined for the fourth straight quarter. In normal times, at least, that’s a bit like tensioning a spring for a bounce because depleted stocks have to be replenished. Then again, there’s a reminder that business investment, a sign of confidence in the future, was slipping for three quarters even before the appearance of Covid-19. Reopening is unfortunately no guarantee of rebounding. (By Richard Beales)

Every little helps. The world desperately needs a drug to treat Covid-19, and it looks like it has one. That doesn’t necessarily mean it’s a great one. Gilead Sciences’ remdesivir speeds up the recovery of advanced patients, according to a National Institutes of Health study. That was enough to add $6 billion to the biotechnology company’s value and help send the S&P 500 Index up 3% on Wednesday.

Faster recoveries would help overtaxed hospital systems, thereby also helping doctors and patients. Yet there was only a hint, but no proof, of reduced mortality with Gilead’s treatment. Even so, the drug should receive regulatory approval in record time – it was probably the best therapeutic already lying on the shelf. Though it’s a positive start, it’s hardly the harbinger of a return to normality. That will require better drugs, or a vaccine, which will take time. (By Robert Cyran)

Upbeat tunes for downbeat times. Shares of Spotify Technology jumped more than 10% on Wednesday after the streaming music service reported 31% year-over-year user growth for the first quarter. Despite Covid-19, Spotify’s forecast for the year remains mostly intact, too. The $29 billion firm relies largely on paid subscriptions and its executives noted an uptick in listeners through TVs and game consoles. Like people moving their banking online, that’s the kind of change that may emerge from the experience of lockdown. For now, it’s music to Spotify investors’ ears. (By Jennifer Saba)

Zero for heroes. The Federal Reserve has flooded debt markets and borrowers with trillions of dollars to offset the economic impact of the coronavirus. In just weeks, the U.S. central bank’s balance sheet has ballooned to over $6.5 trillion, $2 trillion more than ever before. The Fed probably isn’t done yet. Interest rates, however, may have hit a limit.

Chair Jay Powell and his colleagues cut the low end of their target rate range to zero back on March 15. They don’t subscribe to negative rates – yet – but certainly won’t raise them again in Wednesday’s policy announcement. More surprising is that according to a nifty tool from the CME, Fedwatch, traders have 100% confidence that rates are stuck at zero for at least seven more scheduled meetings, or nearly a year. That may suggest pessimism about the post-viral recovery – or simply underscore how high the bar has become for the Fed to raise rates under any circumstances, leave alone the present ones. (By Richard Beales)

GE’s round number. Covid-19 cost General Electric $1 billion of cash flow in the first quarter of 2020. And things weren’t going swimmingly before the pandemic hit. The U.S. conglomerate burned $2 billion of cash in total in the quarter, frustrating GE’s plans to cut back its mountainous borrowings.

Chief Executive Larry Culp had already ditched the company’s near-term targets. But his plans remain somewhat vague, and the pandemic is far from over. He told investors on Wednesday that GE is making cuts to conserve cash, and “redefining winning.” Unless he can redefine “debt” as well, he needs to come up with something punchier. (By John Foley)

The restructuring’s in the mail. Jim Hackett is making the right noises. After confirming on Tuesday that the global pandemic caused a $2 billion loss last quarter, Ford Motor’s boss trotted out the “don’t waste the crisis” mantra, saying there’s “no grace period for transforming Ford.” Trouble is, the Covid-19-induced global production shutdown is putting the brakes on an already slow-moving, multi-year effort to slash expenses.

Ford’s restructuring plan requires spending $7 billion in cash, now a precious commodity. The car company wasn’t even a fifth of the way through that at the end of 2019 and is now paring back this year’s plans a tad. That’ll make it harder for Ford to compete once the crisis passes – not least on electric and self-driving cars. Hackett is trying to persuade investors that they shouldn’t read anything into the relative lack of action today. But that’s a tough circle to square. (By Antony Currie)

Drug money. AstraZeneca’s results have put rebel investors on the defensive. The $134 billion drugmaker said on Wednesday total sales in the first quarter were up 17% to $6.3 billion. Analysts had only been expecting product sales of $5.9 billion. The figures should be a relief to Chief Executive Pascal Soriot as he meets shareholders at the company’s annual meeting. A Sky News report earlier this month suggested investors were preparing to vote against his pay package.

Pension perks are the root of the problem. The board has already cut Soriot’s pension contribution to 20% of his 1.3 million-pound salary, from 30%. But it still far exceeds the retirement awards paid to AstraZeneca staff. BlackRock, the company’s largest shareholder, has previously warned it will vote against the compensation of any CEO whose retirement awards that are out of line with workers. But Soriot’s delivery of seven consecutive quarters of sales growth should allow him to shrug off any rebellion. (By Aimee Donnellan)

Hong Strong. Banks everywhere are cranking up bad debt charges due to the pandemic-induced slowdown. Yet Hong Kong looks a financial safe haven, despite being one of the first places outside mainland China to impose a lockdown. Standard Chartered on Wednesday said that first-quarter pre-tax profit in the special administrative region was broadly unchanged from the previous three months, at $378 million, even though bad debt charges almost doubled. Larger rival HSBC a day earlier reported pre-tax profit of $2.85 billion in Hong Kong, up 9% from the previous quarter.

What’s going on? Hong Kong has so far been successful in containing the Covid-19 outbreak. The government is supporting consumers and companies, though its biggest support package only came earlier this month. And Hong Kong banks started raising bad debt charges last year, as violent protests kept visitors away from the financial hub. The global slump will squeeze its economy, which is dependent on tourism and finance. So far, however, Hong Kong’s financial system is holding up. (By Peter Thal Larsen)

Uphill start. The gears are crunching badly at Daimler and Volkswagen. First-quarter operating profit at the two German automakers fell by roughly four-fifths year-on-year, the pair reported on Wednesday. But China offers a crumb of comfort. Daimler said April unit sales in the country were 97% of the comparable figure a year earlier, up from just 29% in March. And footfall in the company’s dealerships was already back at levels seen in January before an economic lockdown was initiated. Volkswagen, meanwhile, said it expected China car sales would by July match 2019 trends.

Any resurgence would benefit VW more than Daimler. China accounts for around two-fifths of group sales at the Wolfsburg-based company, versus one-tenth at the Mercedes-Benz maker. That may be why boss Herbert Diess still expects VW to report an operating profit in 2020, albeit “severely” below the prior year. Something is better than nothing. (By Christopher Thompson)

Face-saving move. Chinese electric-car maker BYD unveiled terrible results late on Tuesday, but it was surprisingly chipper about the months to come. The $20 billion company, which reported an 85% decline in quarterly net profit from a year earlier, expects the first-half bottom line to increase by as much as 24% once the April to June period is included. Amid a depressed market for vehicle sales, handset assembly will power some of the growth. Another unlikely source: surgical face masks.

It took less than two weeks for Shenzhen-based BYD to set up the new manufacturing process. By mid-March, the plant was running at full capacity churning out 5 million masks and 300,000 bottles of disinfectant daily. The likes of Fiat Chrysler Automobiles and General Motors also have shifted gears into making protective and medical equipment. Given some of the virus-induced societal changes in the offing, this might be a form of diversification that pays longer-term dividends. (By Sharon Lam)

Crossed Wires. The usual path for an activist investor harbouring a beef with a company is to get on its share register, build a stake and lobby for management to get the boot. Chris Hohn is offering an interesting variation. The head of $24 billion TCI Fund Management has a 1.04% short position in Wirecard’s shares, and is demanding the exit of Chief Executive Markus Braun, who also holds 7% of the German payments group.

A short-seller might want an underperforming boss to stay in post. Either way, it keeps the spotlight on Wirecard. The group’s shares fell on Tuesday after auditor KPMG found no evidence of “balance sheet forgery” but added big caveats such as an unwillingness to cooperate by Wirecard’s third-party partners. Those businesses were central to allegations of suspect accounting made by the Financial Times, which Wirecard has always denied. With shares off another 7% on Wednesday, greater transparency might be needed. Hohn’s odd activism helps maintain the pressure for more light. (By George Hay)

A headset is seen in front of a screen projection of Spotify logo, in this picture illustration taken April 1, 2018.