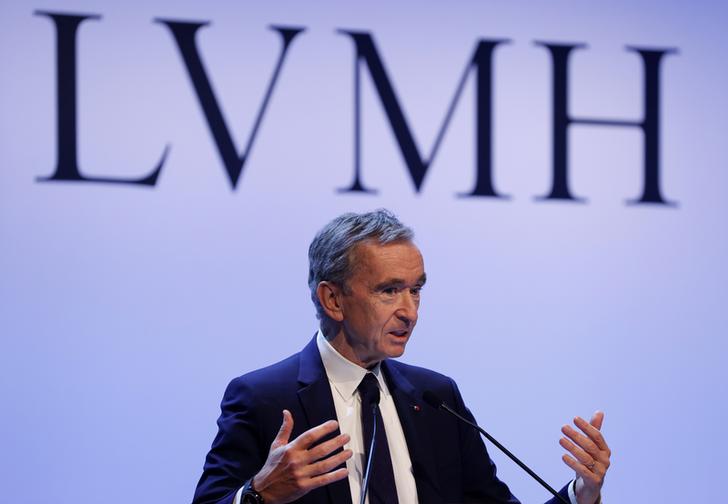 Elite rescue. LVMH has friends in high places. The office of French President Emmanuel Macron asked Foreign Minister Jean-Yves Le Drian to pencil an Aug. 31 letter that could help LVMH boss and mega-billionaire Bernard Arnault ditch his expensive $16.2 billion purchase of Tiffany, Reuters reported on Tuesday. The letter, written after an LVMH inquiry, contains a request to defer the Tiffany acquisition beyond a Nov. 24 closing date over trade concerns with the United States.

Blaming the virus to abandon its obligation to buy the U.S. jeweller, as LVMH is trying to do, has a high burden of proof. But if Arnault can stand the letter up in a U.S. court, it could have a valid argument to walk. If the former Rothschild banker now manning the Élysée Palace supports France’s richest man, it might bolster LVMH’s case. Either way, the episode raises questions about Macron’s dirigiste proclivities. (By Lisa Jucca)

Semi-disposable. KKR is the latest buyer to pony up for 1-800 Contacts, acquiring it in a deal worth over $3 billion, according to Reuters. That’s a big jump from the expected price, of around $2 billion, when owner AEA Investors put the firm on the block in January. The sellers, another private equity firm, can thank pandemic shutdowns which closed medical offices and eyeglass stores.

The key question is not whether new customers stick around – KKR has already paid for that – but whether they can continue to grow. Perhaps they will. Reliable growth has attracted a steady stream of new owners. The firm went private in 2007 for $340 million to Fenway Partners, and Wednesday’s announcement will make the fourth change in control since.

Presumably KKR will sell too in a few years, so it can get the benefit of a prolonged pandemic. But unlike contacts, which should be replaced often, semi-disposable ownership eventually can catch up. (By Robert Cyran)

Sweatpants effect. A rising tide of Air Max trainers is lifting all boats. Nike was the catalyst for a surge in the global athleisure industrial complex as the $182 billion sneaker giant reported an 82% increase in online sales in the three months ending in August. The results, which surpassed analyst forecasts, lifted Nike shares 14% on Tuesday.

Sportswear is a rare retail bright spot. An increase in remote working sparked an 80% lift in sweatpants sales in America in April, according to the New York Times. The trend is set to continue as a new wave of lockdowns means couchbound workers have little need for business wear and fast fashion. This explains why Zara-owner Inditex’s shares are down 23% since the beginning of the year while Nike’s are up 15%. As Adidas and Puma shares surged 5% on Wednesday, the sportswear boom is showing few signs of waning. (By Aimee Donnellan)

Slow lane. Despite virus-driven surges in the popularity of everything from sweatpants to camping, some businesses just can’t catch a break. Germany’s Knaus Tabbert, Europe’s third-largest caravan maker, endured a damp squib of a stock market debut on Wednesday, with its shares priced at the bottom end of its 58 euros to 74 euros range, valuing the firm at 600 million euros. And that was after reducing the number of shares on offer by 18%.

The washout is embarrassing for sponsors Jefferies Financial, UniCredit and ABN Amro Bank, who should have had an unusually positive pitch to make. European caravan and motorhome sales jumped 25% from May to July due to flying curbs. And even before the crisis, Knaus Tabbert was on a roll: Last year EBITDA hit 64 million euros, after two years of 9% growth. Investors unconcerned about personal image might want to consider climbing aboard. (By Ed Cropley)

Out of the fire. Sentiment at Asian companies is turning positive, according to a Thomson Reuters/INSEAD survey conducted from end of August to mid-September, and whose respondents included Indian motorcycle maker Hero MotoCorp and Japanese carmaker Suzuki Motor. The Business Sentiment Index for the next six months leapt to 53 compared to a 11-year low of 35 as polled in the previous quarter. Anything above 50 is positive. Companies said they made fewer layoffs too.

It’s a welcome relief, but the recovery is cautious at best. Over two-thirds of companies continue to see the pandemic as a top risk. Even in China, for instance, which is ahead of most countries in making a return to pre-Covid-19 ways, retail spending growth is lagging the recovery in other domestic sectors, says Oxford Economics. There are other pressing issues causing angst too, not least the result of the coming U.S. election. It’s out of the fire and into the pan. (By Sharon Lam)