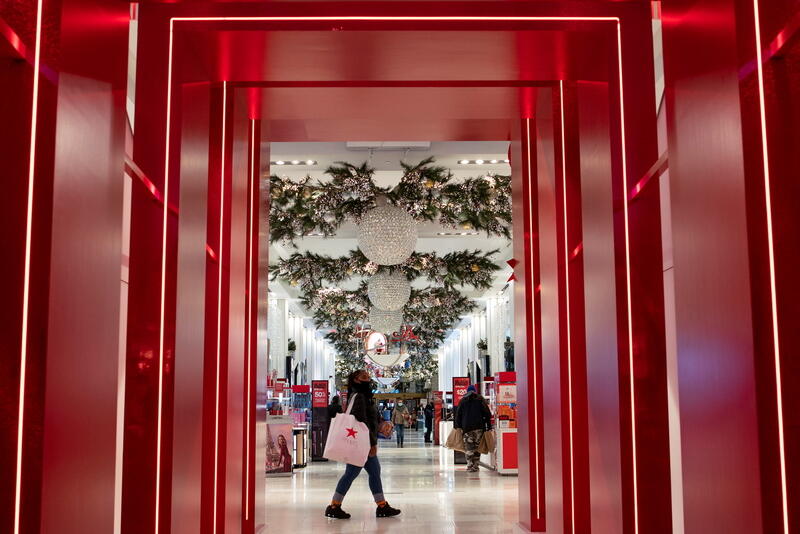 Rise of the machines. Cyber Monday may be the newest addition to America’s post-Thanksgiving shopping frenzy, but it could pull in as much as a record $12.7 billion in e-commerce sales this year, according to Adobe Analytics. That would outpace Black Friday’s $9 billion online sales haul, which was itself a new peak.

This holiday may offer a preview into which pandemic habits will survive. Almost 50 million Americans failed to follow government recommendations against traveling over Thanksgiving, according to the automobile organization AAA, suggesting that people likely won’t be shy about jumping back on planes once wide-spread vaccination is available. But the spike in online holiday shopping, as well as consumer’s overall shift to having everything from potatoes to PlayStations delivered, means the clear distinction between Black Friday and Cyber Monday may become a pre-pandemic artifact. (By Anna Szymanski)

Your IPO is on the way. DoorDash is having its cake and eating it too. The food-delivery market leader in the United States has put an initial price tag on its initial public offering, valuing the company at up to $27 billion. That’s according to an updated draft prospectus filed on Monday proposing a valuation of $75 to $85 per share.

The cake part is the surge in demand for home-delivered meals thanks to distancing measures designed to limit the coronavirus pandemic. DoorDash’s revenue more than tripled in the first nine months of the year from the same period in 2019 to $1.9 billion. The eating part is buoyant stock markets, with the S&P 500 Index closing at a record high on Friday.

Still, a market capitalization more than 50% higher than DoorDash’s last private fundraising mark suggests future perfection in the corporate kitchen. Tough competition from Uber Technologies and others could make that a tricky order to deliver. (By Richard Beales)

Risky business. Debt markets are full of frontier spirit once again. A recent 1 billion Eurobond issue by Ivory Coast, sub-Saharan Africa’s first since the pandemic, was five times oversubscribed despite a record low 5% coupon. Elsewhere, yields in Ghana and Kenya have recovered to pre-coronavirus levels. It’s almost as though this month’s chaotic default by Zambia never happened.

Kenya is a case in point. The yield spread between its 2028 Eurobond and equivalent U.S. Treasuries was 4.75% on Monday, down from 10% in March and equal to its 2019 average. Yet the World Bank says Nairobi’s risk of debt distress is now “high”. External borrowing, at $33 billion, now totals a third of GDP, up from a quarter just two years ago. That’s less than Zambia. But Kenya has obligations to China too, mainly from underperforming infrastructure investments. If it does hit trouble, its complex creditor base could, like Zambia’s, make restructuring tricky. (By Ed Cropley)

Swiss miss. A referendum to reform Switzerland’s constitution to make multinationals in the Alpine state comply with the highest standards for human rights when operating abroad was defeated on Sunday. It’s a victory for big businesses like Nestlé and Glencore, which opposed the measure. One argument that gained traction in the final weeks ahead of the vote was the notion that imposing new constraints on companies during a pandemic would damage the economy.

But the urge for greater accountability isn’t going away: the ballot was supported by 50.7% of voters but didn’t achieve a majority of Switzerland’s 26 cantons. And the failure of the corporate responsibility initiative will trigger legislation that requires companies to increase their due diligence and disclosure on matters including human rights and child labour. It’s a near miss that big Swiss firms will want to draw important lessons from. (By Rob Cox)

Dutch courage. ABN Amro is doubling down on its pitch to become Europe’s dullest bank. Months after jettisoning its trading unit, the Amsterdam-based lender released new financial targets on Monday. These include 700 million euros in cost savings by 2024, designed to lift its return on equity to a modest 8%.

Assume Chief Executive Robert Swaak succeeds in cranking costs down to 4.7 billion euros a year and revenue stabilises at 7.4 billion euros. In that case, the state-backed bank’s cost-to-income ratio will remain just over 60%, little improved on this year.

ABN’s strategy of delivering dour but more predictable returns is sensible enough. But investors face a long wait for any racier rewards. The bank will only buy back shares when its common equity Tier 1 capital ratio rises above a chunky 15%. The 5% drop in ABN’s share price on Monday morning shows Swaak has yet to light investors’ fire. (By Christopher Thompson)

Down, under the table. Australia has long had a prickly relationship with China, but ever since Canberra pushed for an investigation into the origins of Covid-19, relations with its top trading partner have turned ugly. The newest punishment from the People’s Republic is tariffs of up to 200% on wine: shares of $4.6 billion Treasury Wine Estates dropped 7% on Monday as it scrambled to divert thousands of cases of plonk to other markets.

China has imposed tariffs on commodities including barley, banned imports of items like beef, and issued warnings covering goods from coal to cotton. Yet things could be much worse. The affected commodity groups account for 14% of Australia’s exports to China, and not all exporters are subject to restrictions, Oxford Economics points out. The risk is that future escalation affects primary industries like mining. Unlike wine, however, Australian iron ore may be less easy for China to substitute. (By Una Galani)