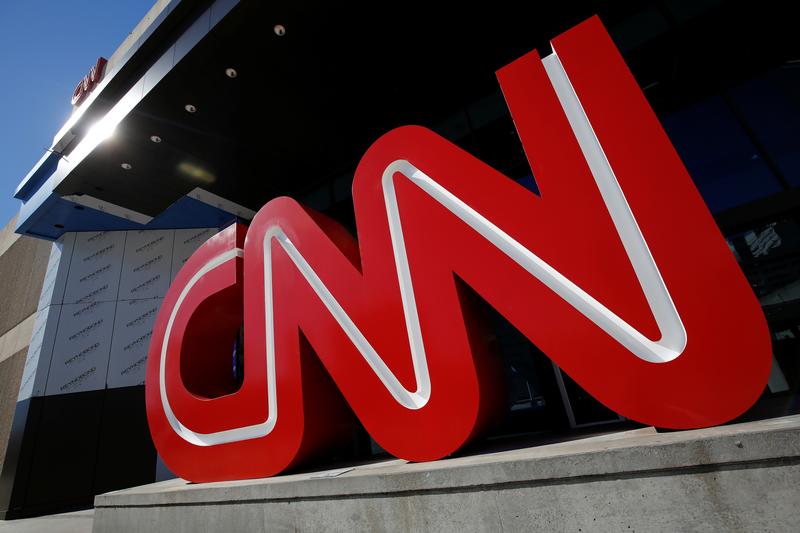 The WFH opportunity. The chiefs of Facebook, Alphabet and Apple pledged solidarity with the black community as U.S. civil unrest intensified in recent days. Their voices and donations to racial-justice groups are a start. Ramping up minority hiring would be more concrete – and the fallout from Covid-19 may provide one way to do it.

Tech groups could move faster, though. Companies often blame a lack of minority applicants. Silicon Valley’s work-from-home push amid the pandemic should at least make location a non-issue: Facebook and Twitter are among those making home working a permanent option. That means there’s one less excuse for not recruiting a more diverse workforce. (By Gina Chon)

If it bleeds, it leads. A TV milestone was met on Monday: Forty years ago, mogul Ted Turner launched the Cable News Network, better known as CNN. From the first Gulf War to the fall of the Twin Towers on Sept. 11, via O.J. Simpson’s flight down a Los Angeles highway, the original 24-hour, seven-day-a-week news channel set the example for others and, eventually, for the constant barrage of context-free soundbites from Twitter and its internet ilk. Covid-19 is CNN’s latest nourishment.

That the channel has made it to middle age, inspiring copycats MSNBC and Fox News, is newsworthy in itself. The medium was wheezing until President Donald Trump came along. Now the coronavirus is the top subject occupying the airwaves, saving the network from its formerly aging demographic. In April CNN recorded its most-watched month among viewers aged 25 to 54 since Hurricane Katrina 15 years ago. (By Jennifer Saba)

Glimmer of hope. Russia is joining the fight against Covid-19. The country’s ministry of health has approved the use of antiviral drug Avifavir, a generic version of Fujifilm’s Avigan, funded by the country’s sovereign wealth fund Russian Direct Investment Fund alongside pharma group ChemRar. Some 60,000 doses will be made available in June.

It’s a bold move. Some trials carried out in Russia show Avifavir helped speed up recovery times, yet the tests are only preliminary. Still, the country’s economy is set to shrink by 5.5% this year, according to the International Monetary Fund, and it notched up some 9,000 new cases of infections on Sunday. President Vladimir Putin can at least show he has a plan. Whether it works may seem like a secondary problem. (By Neil Unmack)

Hill of beans. China is telling state-owned firms to halt purchases of some U.S. agricultural products, including soybeans, according to Reuters, after the Trump administration said it would start the process of ending the country’s special relationship with Hong Kong.

Partly because of Covid-19, China had only bought around $1 billion worth of the oil seed in the first quarter, when, according to an earlier trade deal, it was supposed to be buying an additional $32 billion worth of agricultural products over two years. Soybeans normally make up the majority of such exports.

One short-term beneficiary of this may be soybean mega-exporter Brazil. It’s struggling mightily as it reports the world’s second-highest number of cases of the new coronavirus. Trade tensions between global powers aren’t great, in general, for risky emerging markets. If China shifts some of its purchases to Brazilian farmers, the country may get a much needed, if fleeting, shot in the arm. (By Anna Szymanski)

Pay to play. The pandemic is proving a boon for bureaucrats eager to dream up new taxes. The latest hive of fiscal innovation is the European Commission, which has proposed a levy on big companies that use the European Union single market. It’s one of several options the commission is considering to augment its budget beyond the contributions it gets from member states, and finance the EU’s proposed 750 billion euro bailout fund.

The commission is also toying with a carbon tax, a levy on plastics and taxing tech companies. But the corporate levy is broader. According to the Financial Times, it would charge 70,000 big companies an annual lump sum payment for using the single market. The notion of an extra EU-wide charge is bound to face fierce resistance from low-tax countries like Ireland, not to mention the companies themselves. Still, it’s another sign that lockdowns will be followed by new levies. (By Peter Thal Larsen)

Shopping incentives. The pandemic has made shoppers steer clear of malls. Investors are proving almost as wary of French commercial real estate. Unibail-Rodamco-Westfield managed to sell five French shopping malls for 2 billion euros to a joint venture set up by the 7 billion euro company itself as well as La Francaise and the insurance arm of Credit Agricole. The deal boosted the company’s share price by 7% on Monday. But Chief Executive Christophe Cuvillier had to include a couple of hefty sweeteners.

His company is covering up to 24.4 million euros of a 45 million euro rent guarantee up to 2024. It also had to provide a loan guarantee to its partners for the same period. That suggests that although one of its recently opened centres, in the north-western French city of Rennes, has seen footfall return to 90% of pre-crisis levels, rental income from tenants will take a lot longer to rebound. (By Aimee Donnellan)

Hotspot. India on Saturday announced a three-part plan to ease the lockdown even as daily cases hit new record highs. But many decisions have been left to individual states. Maharashtra, home to the financial capital of Mumbai, will remain mostly shuttered until the end of the month. Elsewhere, Delhi’s government is sealing borders for one week to prevent outsiders flooding hospitals. These fall within the 5% of all districts that account for more than two-thirds of confirmed cases and at least 20% of GDP, says Citi. Data released on Friday showed the economy grew at a faster-than-expected 3.1% for the March quarter. But that was the slowest pace in eight years, and two months of lockdown have followed. India is trying to get back to work but it remains in an economic and viral danger zone. (By Una Galani)