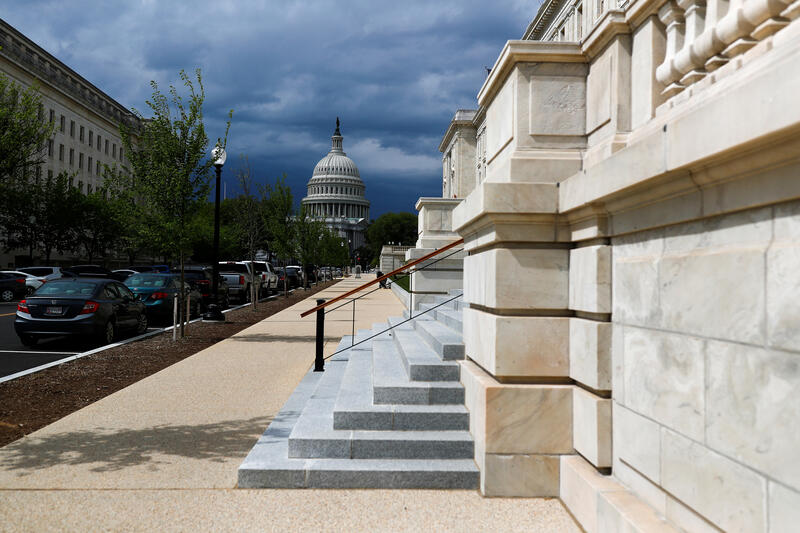 Anti-merger mania. Congressman David Cicilline, head of the U.S. House antitrust subcommittee, wants the next coronavirus aid package to include a ban on deals except for failing or bankrupt companies. His goal is to stop big companies and private equity firms from taking advantage of the crisis by sweeping up ventures hit by depressed values. Such a plan doesn’t have a chance in the Republican-controlled Senate, but it highlights growing anger against the rich and powerful.

Yet Covid-19 has dampened the mood for dealmaking anyway. In the United States, total M&A value in the first quarter fell by 50% to about $256 billion, according to Refinitiv. It’s just as well, since lawmakers have lost their usual weapon for admonishing dealmakers: calling them to D.C. for hearings. With no public shamings in over a month, the proposed deal ban would at least give them a way to vent their frustration. (By Gina Chon)

Dashing dreams of corporate nobility. Ken Moelis has just taken his eponymous advisory firm where no Wall Street rival has yet gone in the Covid-19 crisis. On Wednesday the dealmaking supremo said his company is halving its dividend, even though competitors from Evercore to JPMorgan are keeping theirs intact. He’s doing it, he told investors, not as a defensive move, but to give him more firepower to grow the business in the downturn.

Not that he’s being scientific about the quantum of the cut. Halving it, he says, just felt fair. It means, though, that Moelis – who holds two-thirds of the company’s votes – is abandoning his longer-term ambition of joining the dividend aristocrats, those 60-odd members of the S&P 500 Index including Coca-Cola and Exxon Mobil that raised their payout at least 20 years on the trot. Maybe some clubs are no longer worth joining. (By Antony Currie)

In one bite. If Domino’s Pizza wasn’t considered a leader in the food delivery business before Covid-19, it should be now. The pizza chain’s same store sales grew more than 7% between March 23 and April 19 compared to a year ago, the company said on Thursday. The appeal of cheap, comfort food delivered to the door puts it in a good position for as long as lockdowns last.

Other similar companies seem to be doing well, too. Papa John’s International stock has shot up since the end of March thanks to rising numbers of shut-ins, and so has Grubhub. On Thursday Just Eat Takeaway.com said it raised 700 million euros that could be used to help with strategic opportunities. What’s most appetizing about these companies isn’t the stuffed-crust delights they serve up but their mastery of the so-called last mile, which after the coronavirus pandemic will be even more highly prized. Acquisitions are the next step, and Domino’s could be on the menu. (By Lauren Silva Laughlin)

Not so Wimpey. British housebuilders are acting as guinea pigs for the ending of the Covid-19 lockdown. Taylor Wimpey plans to reopen its construction sites in early May having shuttered them in March amid worker concerns. The reopening makes sense given that the group’s order book expanded to 2.7 billion pounds by the end of last week.

Unsurprisingly, investors like it: the 5 billion pound company’s shares shot up 11% following the announcement. Chief Executive Pete Redfern also has a plan for keeping workers apart: site managers will be the first to go back and will widen walkways and expand canteens to allow social distancing. Still, builders will need to buy in to the process to enable sites to reach 80% capacity within four weeks. Testing the waters before the government has laid out exactly how the rest of the country will reopen is a bold move. (By Aimee Donnellan)

Imagination gets real. The Imagination Technologies plot is thickening. The UK-based semiconductor company is looking to relist on either the London, New York or Hong Kong stock markets, the Financial Times reported on Thursday. Since 2017 Imagination has been owned by Canyon Bridge, a private equity backed by a Beijing-linked entity called China Reform, which bought it for 550 million pounds. Two weeks ago, Imagination’s former CEO Hossein Yossaie, who left in 2016, said the Chinese investor is trying to replace Imagination’s board with its own people.

The key question is therefore how much of its stake Canyon is looking to list on the public markets. Imagination is Canyon’s sole investment, and given the political backdrop it would be a surprise if any listing resulted in something other than Canyon remaining a majority shareholder. As Breakingviews argued, the UK government has limited grounds to intervene. But a relisting might aid transparency, which might ease UK lawmaker concerns. (By Karen Kwok)

More oil jitters. The fallout from Monday’s messy oil price crash continues. Commodities broker Marex Spectron will limit new client positions in oil future contracts expiring in June, and raise its margin requirements, the Financial Times reported on Thursday. It looks like an attempt to throw sand in the wheels of an unruly oil market.

The prices of Brent and West Texas Intermediate crude for June delivery have recovered somewhat. But market participants will still be concerned about ending up like Interactive Brokers, which this week announced an $88 million provisionary loss after some of its customers capsized on Monday. And the fundamental problems – collapsed demand and no more storage – are still there. (By George Hay)

Net benefit. It has been game, set and match for most dealmaking, but Roger Federer has revived one good merger idea. With Grand Slam events and other tournaments idled during the pandemic, the tennis champ tweeted in favour of uniting the sport’s men’s and women’s organisations. There would be cost savings in marketing and shared data systems. A combination might also help scrub up some messy governance that includes a multitude of groups with varying oversight. Another hard-to-value synergy would be to signal greater gender equality.

Federer secured supportive fairness opinions from fellow stars Rafael Nadal and Billie Jean King, who for years has wanted the ATP and WTA to join forces. The big impediment, as with so much M&A, will be so-called “social” issues involving egos and money, especially with the men’s group generating more revenue. Wasting this crisis deal opportunity, though, would amount to a double fault. (By Jamie Lo)

Fixed bridges. Credit Suisse’s former Chief Executive Tidjane Thiam never tired of touting the Zurich bank’s transformation into a much safer institution during his almost five-year term. The group’s first-quarter results on Thursday contained 444 million Swiss francs ($456 million) of mark-to-market losses – partly leveraged finance deals it agreed to underwrite but is yet to put to market. In the right context, the scary-looking number may prove the Ivorian’s point.

Rewind back to the fourth quarter of 2015. Credit spreads had blown out alongside an oil-price collapse. The bank reported $633 million of mark-to-market losses, according to Citi analysts. The one-third fall to today is explained by Thiam’s move to quit distressed credit, its 16% reduction in oil and gas exposure since 2015, and a related 37% dip in non-investment grade underwriting exposure. Pity Thiam isn’t around to crow about it. (By Liam Proud)

De-lux. Unilever may be seeing the limits of premiumisation – corporate-speak for selling fancier, pricier products to drive growth. Pricing had a negative impact on sales in the Anglo-Dutch group’s homecare and beauty and personal care lines in the first quarter. Together with food and refreshment, overall revenue was flat at 12.4 billion euros from last year. These divisions offer products like Lux shampoo and posh skincare brands like Dermalogica, which have been touted as an “affordable luxury”. Chief Executive Alan Jope said the company was “preparing for lasting changes in consumer behaviour”. For Unilever and the other consumer giants, this will require finding alternative growth strategies to relying on shoppers trading up. (By Dasha Afanasieva)