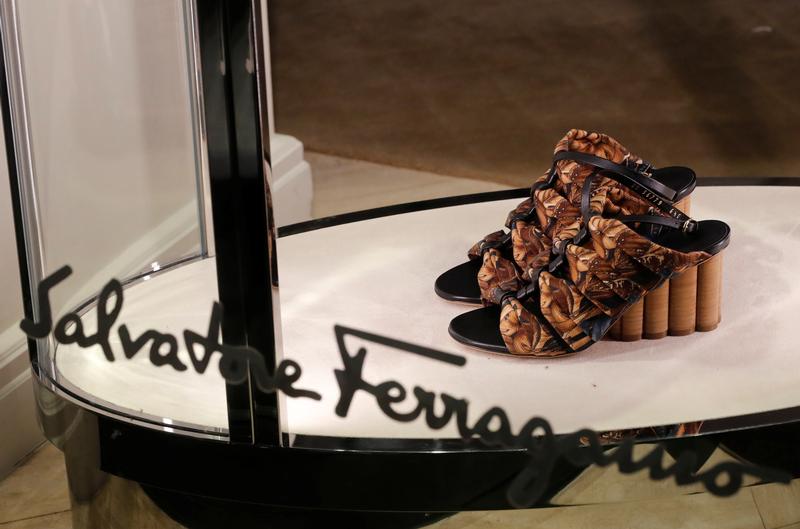 Virus respite. Hopes of a quick Covid-19 vaccine will inject some M&A optimism into takeover target Salvatore Ferragamo. Sales at the struggling $3 billion high-end shoemaker were 19% lower in the quarter to September compared with a year ago, worse than many European competitors. However, the Florentine company’s prospects may improve if a vaccine tempts wealthy shoppers back onto flights.

With 15% of its shops located in airports and duty-free stores, the Italian brand is more dependent than other top luxury marques on purchases made on the move. For rivals Chanel and Louis Vuitton, the equivalent figure is only 4%. Before the pandemic, Ferragamo earned 10% of its global sales from so-called travel retail, say Jefferies analysts, compared with 6% for the wider industry. More planes in the air won’t rejuvenate the jaded brand. And its Italian owners seem reluctant to let go. If travel restarts, Ferragamo can at least argue for a bigger premium. (By Lisa Jucca)

Money pit. Deutsche Bank analysts have come up with a novel way to cushion the Covid-19 blow: a work from home tax. The logic is clear: the virus has benefitted those who can do their jobs virtually, such as bank analysts, and threatened the livelihoods or health of those who can’t. A tax could address that imbalance.

Deutsche reckons that U.S. workers will now spend 4.6 billion days a year at home rather than in the office. Tax them 5% of their average $55,000 salary for those days, equivalent to about $10 a day, and the annual take will reach $48 billion.

For workers, the costs of commuting and eating out could still mean it makes sense to stay home. If companies paid the tax directly, they may still be better off thanks to reduced rent bills. The snag is that once people put a price on working from home, it will become less appealing. (By Neil Unmack)

Who run the world? Peloton Interactive may look like a fitness company, but as a new collaboration with pop icon Beyonce shows, it’s furiously pedaling towards territory occupied by Netflix and Spotify Technology. Signing up Queen Bey for a series of workouts is a recognition that while Covid-19 lockdowns get rears on saddles, “content” is what will keep them there if anything does.

For now, Peloton is selling more gear than it can ship. Revenue in its latest quarter more than tripled from a year earlier. Yet news of Pfizer’s vaccine helped knock one-fifth off the company’s previously $32 billion valuation on Monday.

No wonder Peloton boss John Foley (no relation) has often emphasized content as one of his priorities. He told analysts last week that the beauty of Peloton’s model is that it can host 20,000 people at a workout for the same fixed costs as 2,000. But that calls for ever-higher production values and ever-costlier talent. Just ask Netflix. Beyonce is a good ally for the streaming wars; Peloton will need many more, and the money to pay for them. (By John Foley)

But it might be a little early to start packing. The number of trips worldwide is likely to take at least two years to recover to pre-pandemic levels in the most optimistic scenario forecast by Euromonitor. Habits could change permanently, too: some 40% of passengers plan to travel less frequently in future, an Inmarsat survey shows. That means most companies will still be cost-cutting and struggling to survive for the long haul. (By Katrina Hamlin)

Testy drive. Masayoshi Son is riding a Covid-19 tailwind on his scooter, but the journey looks a little perilous. The SoftBank Group chief executive’s Vision Fund 2 vehicle is leading a $250 million investment in German electric-scooter sharing startup Tier Mobility. The deal values the two-year-old company at just below $1 billion, the Financial Times reported, compared with $194 million in a February fundraising, according to Pitchbook.

Scooters have had a good ride in the pandemic, as people shun crowded buses and trains. Bikes, meanwhile, have been in short supply. Yet like ride-hailing, another of Son’s favoured industries, the e-scooter sector is hyper-competitive. In Berlin alone, Tier has at least eight rivals, according to a Breakingviews count. Nor does Tier have any obvious connection to artificial intelligence, which is Son’s professed overriding investment theme. He’d better watch out for bumps in the road. (By Karen Kwok)

Safe as houses. Trust UK housebuilders to turn public subsidies into investor gold. On Tuesday, 8.6 billion pound Persimmon said “firm selling prices” would allow it to declare a second interim dividend in barely as many months. The 70 pence per share payout follows a 40 pence distribution in September, thus fully replacing a postponed 110 pence dividend declared for 2019.

New Chief Executive Dean Finch cited robust demand for new homes – which translated into nearly 1.4 billion pounds of committed future sales, a 43% year-on-year rise – as justification for the generosity. State aid may have something to do with it: UK housing sales grew by double-digit percentages after the government eliminated most property purchase taxes until March 2021. Still, Finch will be wary of personally benefitting too much: his predecessor was forced to step down after pocketing an embarrassingly large bonus fuelled by government-subsidised sales. (By Christopher Thompson)

A pair of shoes of Italian luxury shoemaker Salvatore Ferragamo is displayed in the window of the company's store in Zurich, Switzerland, April 25, 2019.