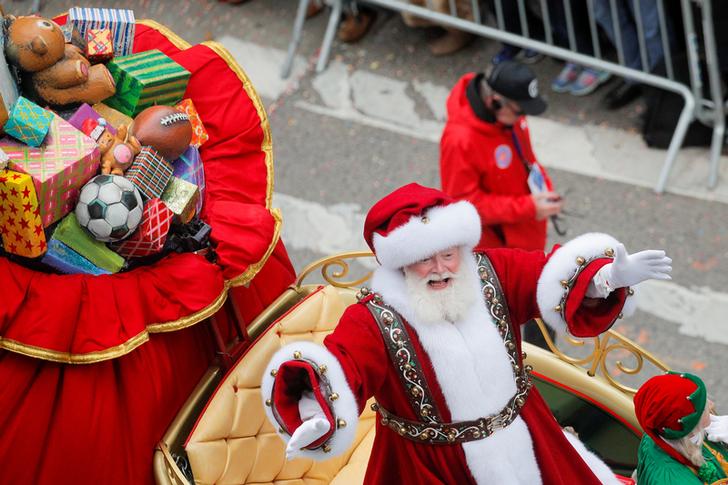 Better than nothing. Gilead Sciences’ remdesivir became the first and only approved drug for Covid-19 after the U.S. Food and Drug Administration formally gave the green light late on Thursday. That sent the $79 billion company’s shares up as much as 6% on Friday morning, but these gains look like overenthusiasm.

Remdesivir has been allowed for use since May, and the drug’s actual benefit remains murky. A study early in the year showed that it reduced hospitalization time, but a large World Health Organization study released last week showed no meaningful change to mortality rate. Gilead has also talked down the idea that this will be a huge moneymaker.

There’s one unfortunate thing working in investors’ favor. The number of Covid-19 diagnoses in America is rapidly escalating and is near its all-time high, and there’s no better drug likely to be in widespread use for the next several months, at least. (By Robert Cyran)

Elf Zoom bombs. Macy’s is canceling Santa Claus. The U.S. retailer famous for its 34th Street location in Manhattan said jolly St. Nick will not be making an in-person appearance because of Covid-19. Every year Santa Claus has greeted kids at the flagship store since 1861. Instead Macy’s is going to host a virtual Santaland to try and capture the spirit of Christmas.

Meanwhile, Brookfield Asset Management, one of the largest owners of U.S. malls, said it will host the visitor from the North Pole in most of its 150 shopping centers with safety precautions. Santa Clauses will be ensconced in snow globes or seated behind plexiglass picture frames so families can take pictures and still adhere to social distancing measures. At least rooftops provide six feet of distance. (By Jennifer Saba)

Covid fraud. Britain is learning the true cost of slapdash economic policy. The National Audit Office thinks British companies have fraudulently claimed up to 3.9 billion pounds from the UK coronavirus salary-support scheme while asking staff to still work during lockdown. That’s as much as 10% of the 39 billion pounds that Britain handed out in furlough schemes up to Sept. 20 to support workers and companies hit by the pandemic.

In an attempt to reduce this waste, the government will publish the names of employers making claims and also tell employees through their tax accounts. A fraud hotline may also catch out some miscreants.

Having to hastily come up with a programme from scratch, without the time to test it, explains the eye-watering waste. Germany and France already had systems in place to subsidise the jobs of people on reduced working hours. Their fraud rates are likely to be much lower. (By Dasha Afanasieva)

Travel to nowhere. Europe’s growing rate of infection is bad news for travel-dependent luxury brands. Europe welcomed nearly 750 million international visitors in 2019, especially in high-couture France, says Statista. But those tourists won’t be back for a while. France’s ADP said on Friday that air traffic in Paris won’t recover before 2024. InterContinental Hotels, which owns the Holiday Inn chain, said that occupancy rates were just 44%.

Kering on Thursday blamed a lack of travel for a 9% year-on-year fall in comparable third-quarter sales at its top brand Gucci, loved by Chinese tourists. Over two-thirds of Moncler’s third-quarter European sales are usually to buyers outside their home country, which explains its 21% year-on-year quarterly revenue contraction in the region. Ongoing heavy shopping in China can of course offset some of those travel losses. But if the pandemic continues unabated through the winter, skiing and spending in swanky Alpine locations may be out of the question. (By Lisa Jucca)

Say wut on pay? Online travel agency Webjet caught some blowback on Friday for its chief executive’s bonus. About a third of shareholders voted against a slug of 4.5 million stock options the A$1.4 billion ($950 million) Australian company awarded boss John Guscic back in August, when it also disclosed the extent of the financial damage wrought by the pandemic.

The equity grants look generously priced, with hurdles far below pre-Covid values. They vest in three equal parts over three years, but two are already in the money and the third is nearly there. Webjet defended the plan at the annual meeting, saying the extreme volatility confronting the industry makes it impossible to know how the shares will trade. That sounds like another good reason to design long-term incentive plans that hinge on targets beyond just the stock price. (By Jeffrey Goldfarb)