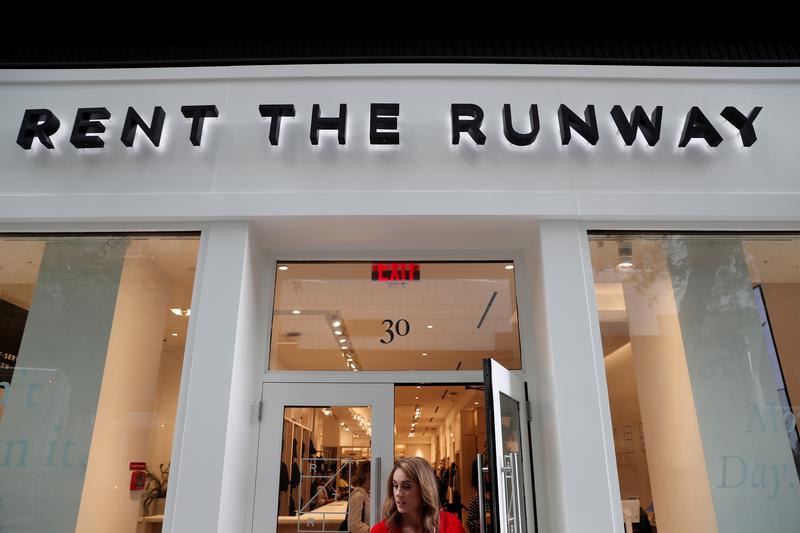 Gym, tan, laundry, taxes. New Jersey has picked its poison. On Thursday Garden State Governor Philip Murphy announced a deal to increase income taxes on those who make over $1 million to help mend fiscal shortfalls caused by Covid-19. The move gives the state one of the highest tax rates in the country and caused the state’s Republicans to criticize the plan.

The hike is less than two percentage points – from 8.97% to 10.75% for every dollar earned between $1 million and $5 million – making the decision potentially more symbolic than effective. Still Murphy, a Democrat who worked for over two decades at Goldman Sachs, may not be as affected as his former colleagues. He made $6.8 million in 2017, which dropped to $2.2 million in 2018, his first year in office. And the governor’s salary is a paltry $175,000, according to northjersey.com. The state’s rich may regret their zip codes, but for now, Murphy can sit tight. (By Lauren Silva Laughlin)

Fast fashion. Rent the Runway is doing some drastic trimming. The company, which rents out designer clothing, will replace its $159-a-month unlimited plan for a $199 option that will allow for 16 items a month. The New York-based company also plans to close its stores permanently or convert them to drop-off locations.

Lockdowns have not been kind to retail. Traditional stores like J.C. Penney have gone bankrupt and physical stores could end up as distribution centers. That’s giving mail-in options like Rent the Runway and Stitch Fix an opening. The latter, which sells clothing via subscription, increased its active clients by 9% year-over-year in the quarter to May 2 and shares are up about 7% this year. But revenue has fallen.

Those who cater to people working from home have an advantage, but with more people wearing sweats, it’s hard for any firm selling fashion. (By Amanda Gomez)

A bird in the hand. Roche has a useful backup plan in case the race for a Covid-19 vaccine slows. On Friday the $320 billion pharmaceutical giant said that one of its drugs is helping to keep viral patients off ventilators. Mechanical breathing devices were initially seen as the best hope of treating the deadly virus, but recent falling death rates have been tied to better treatments rather than the machines. Roche says that hospital patients taking its drug were 44% less likely to need ventilators or die.

It’s just as well. The hunt for a vaccine is looking tougher. Last week, AstraZeneca slammed the breaks on its trial after a participant fell ill. That trial has partly resumed. But Moderna, another developer of a leading vaccine candidate, said on Thursday that it may have to wait until December to analyse data from its trials. With infections rising again, a drug in the hand may be better than several vaccines in the bush. (By Aimee Donnellan)

Back to the drawing board. A sharp rebound in the number of new UK cases of the coronavirus increases the chances of a second national lockdown. Health Secretary Matt Hancock said on Friday that such a measure would be a last resort. If imposed, finance minister Rishi Sunak may have to rethink his opposition to extending a furlough scheme that is due to wind up next month and will have cost an estimated 54 billion pounds over its duration.

Sunak believes that keeping jobs that are no longer viable on life support is counterproductive. Instead, he unveiled measures in July to create youth work placement schemes and encourage employers to retain furloughed workers. But a second lockdown would strengthen the argument for helping businesses and workers weather the crisis. Sunak has resisted political pressure to extend the furlough, but may be more pliant in the face of economic imperatives. (By Swaha Pattanaik)

Hands-on. The world’s top disposable-gloves maker is seizing its moment. Malaysia’s $15 billion Top Glove reported a dizzying 18-fold surge in quarterly earnings from a year ago, to $311 million, thanks to a global shortage. The company, already listed at home and in Singapore, has paid down debt, lifted dividends, and is now eyeing a Hong Kong listing to boost its global profile.

Top Glove is betting that “supernormal” demand for latex gloves will endure, growing at least 15% even after Covid-19 comes under control. More anxiety about hygiene in public and at home should help. The firm also makes condoms – another hot pandemic item – and has already earmarked roughly $2 billion for capital expenditures over the next six years. Flush with cash and big plans, Top Glove is making the most out of the crisis. (By Robyn Mak)