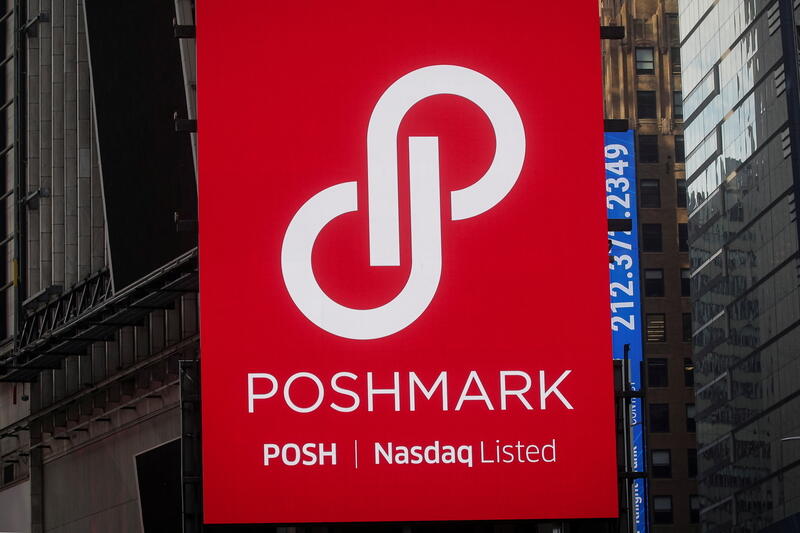 While this may have been necessary, it exacerbates imbalances underfoot before the pandemic. Low rates encouraged corporate borrowing and juiced asset prices. As economies improve, this stimulus could spark inflation, forcing central banks to increase rates. This would end the “era of free money,” as Morrissey termed it, sapping future growth, and deepening inequality between generations.

The U.S. unemployment rate for those aged 20 to 24 in the fourth quarter was 66% higher than the average for all those over 20, according to the Bureau of Labor Statistics. That’s a problem central banks can’t fix. (By Anna Szymanski)

Fake luxury. Poshmark is all dressed up with nowhere to go. Shares of the second-hand online retailer, whose investors include Hollywood actor Ashton Kutcher, opened at $97.50 a share on Thursday, more than 130% above their initial public offering price of $42 set a day earlier. The stock of pet supplier Petco Health and Wellness, which also started trading Thursday, was up more than 65% by mid-afternoon.

Both are riding an IPO wave that is way overdressed. Poshmark’s valuation hit $7.1 billion, or 28 times its last twelve months revenue of almost $250 million. While the company has some nice accessories, like profit and a potentially rapidly growing market for online resale, the valuation relative to its top line is more than four times that of peer RealReal, according to Refinitiv data. Poshmark is getting the valuation look it probably wants, but not the one it deserves. (By Lauren Silva Laughlin)

Happy as Larry. BlackRock, easily the world’s largest asset manager with $8.7 trillion in its care as of Dec. 31, has had a good pandemic. The company led by Larry Fink on Thursday reported fourth-quarter profit that beat expectations. BlackRock’s iShares exchange-traded funds raked in $185 billion of inflows during 2020, in which major stock markets surged to record highs despite a short-lived coronavirus meltdown in March.

Fink underlined the shift the company’s customers are demanding towards sustainable investment practices, an area in which he has been vocal and carries a big stick in the form of that huge pile of assets. Meanwhile as revenue grows, profit grows faster, with 11% growth in BlackRock’s top line in 2020 driving a 19% increase in adjusted earnings per share. With so much client money in index-tracking funds, though, the company remains at the mercy of financial markets. While they keep reaching new heights, it’s no surprise BlackRock does too. (By Richard Beales)

Heavy lift-off. The situation has gotten so bad at U.S. airlines that even news that isn’t horrible is viewed as pretty good. Delta Air Lines’ shares popped almost 4% on Thursday after the Atlanta-based company said that its cash burn rate had halved in the fourth quarter. It blew through just $12 million every day, on the low end of what it had projected late last year.

That’s a 90% drop in the pace of the bleeding compared to late March last year, suggesting that boss Ed Bastian has better control over spending in light of the hit to travel from Covid-19 that caused Delta’s 2020 revenue to collapse to barely more than a third of its 2019 level. The company is expecting to receive $3 billion from the U.S. Treasury’s latest bailout, which should give it a $19 billion liquidity cushion by the end of March. Government aid has done its work, along with major cost-cutting efforts. Despite a horrendous year that brought a $12 billion reported net loss and only a slow recovery ahead, shares are down just a third compared to early 2020. (By Lauren Silva Laughlin)

Tale of two segments. Zoetis had a purring pandemic. Kristin Peck, boss of the $77 billion animal healthcare group, noted in a chat with Breakingviews at Reuters Next that locked-down humans adopted pets at high rates during Covid-19, boosting demand for vaccines and other products designed for domesticated animals.

But this puppy love didn’t extend quite the same way to Zoetis’s livestock business. Declines in restaurant dining and supply-chain problems dented demand for byproducts, like meat and cheese, of the beasts Zoetis’s products treat. The segment’s revenue was down slightly through the first three quarters of 2020.

This divergence might suggest breaking up the two sides of the business. But Peck argued that synergies exist, and the global diversification of the livestock business remains a boon. Then again, Zoetis itself was a 2013 spinoff of Pfizer: the stock has surged from around $30 to $163 since. (By Anna Szymanski)

Forza Milan. Italy’s top soccer league is finally becoming competitive again – financially, at least. On Thursday Reuters reported that BC Partners was in talks to buy Inter Milan – once home to Brazil legend Ronaldo – in a deal which could value the former European champions at over 1 billion euros.

Chinese electronics retailer Suning has been the majority shareholder of “I Nerazzurri” since 2016, when it bought a 68.5% stake for 270 million euros. It is now looking to sell up to 40% of the Milan club for around 500 million euros, implying a 200%-plus hike in the club’s valuation. Not bad for a team which last won the league in 2010.

Still, Deloitte reckons wage growth in Serie A of stars such as Inter’s Romelu Lukaku grew at the fastest rate of Europe’s biggest five leagues in the 2018/19 season, pushing collective player costs up to 70% of clubs’ sales. Given how the pandemic has clobbered their top lines, that proportion may well worsen. BC Partners must be betting on a strong second-half comeback. (By Christopher Thompson)

Jab campaign. Indonesia is pushing ahead with its mass vaccination rollout after a recent surge in cases. Southeast Asia’s most populous country is set to vaccinate close to 1.5 million health workers, the first to be immunised using China’s Sinovac Biotech Covid-19 vaccine, according to Reuters. The country is also choosing to vaccinate young workers ahead of the ageing population, partly because Sinovac does not have enough efficacy data for the elderly, and perhaps also because young people will probably do more to revive economic activity.

Questions about relative effectiveness, however, have sowed some scepticism among citizens. On Wednesday, President Joko Widodo tried to alleviate concerns in a televised ceremony by taking the shot himself. Assuming that inspires public confidence, the next challenge will be delivering vaccines across some 17,000 islands, where the cold chain is rickety. That will be far more difficult than vaccine photo ops. (By Sharon Lam)

Voting with clicks. The fast-fashion sector typifies the winners and losers of the pandemic. Online purveyor of stretchy clothes Boohoo said sales rose 40% year-on-year in the four months to Dec. 31. Meanwhile, Primark owner Associated British Foods on Thursday warned of a 1 billion pound hit to sales if its shops stay shut until the end of February.

One thing the two have in common is benefitting from the British public’s continuing demand for very cheap clothes – even when there are fewer occasions to show them off. Primark recorded higher-than-expected sales when stores were open last year.

Boohoo’s customers, meanwhile, are shrugging off a scandal over its suppliers in Leicester paying workers less than the minimum wage. A Guardian report last year said workers making Boohoo clothes in Pakistan were paid well below the local legal limit. With Boohoo’s share price up around 70% since the Leicester story, investors seem to have short memories, too. (By Dasha Afanasieva)

Back from the dead. Renault’s cringe-inducingly named “Renaulution” has had the opposite of its intended effect on investors. Shares in the 11 billion euro French carmaker dropped by 3% on Thursday morning after newish boss Luca de Meo revealed his much-trailed turnaround plan, the first phase of which is aptly named “Resurrection”. De Meo is shortly expected to announce a 7 billion euro net loss in 2020.

True, much of the damage is due to wounds at alliance partner Nissan Motor, in which Renault owns a 43% stake. And de Meo’s plan to cut the number of models, slash costs and focus on profitability is sound. But even with an extra 500 million euros in cost savings planned by 2023, a 3% operating margin goal the same year is roughly half what Germany’s Volkswagen targets. With newly merged Franco-Italian rival Stellantis likely to increase competition in Europe, shareholders are wisely sceptical of de Meo’s touted salvation. (By Christopher Thompson)

A screen displays the company logo for Poshmark Inc. during the company's IPO at the Nasdaq Market Site in Times Square in New York City, U.S., January 14, 2021.