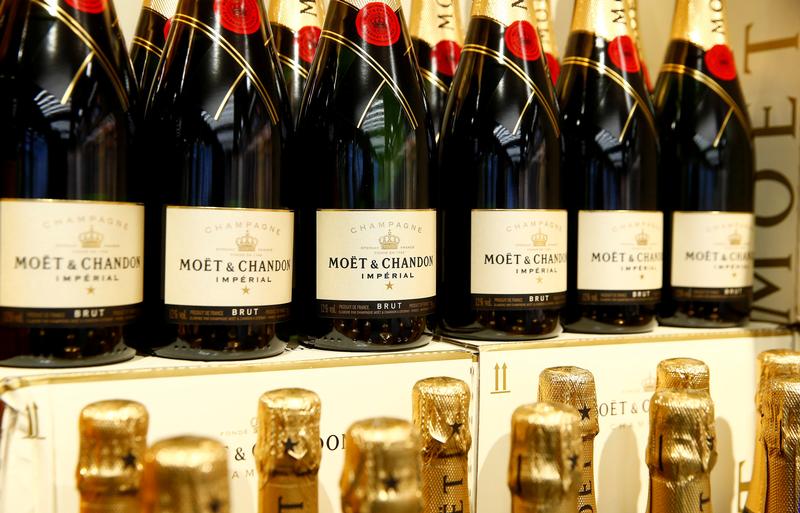 OPEC of fizz. Champagne grape producers have agreed to cut production – or rather the volume of grapes they harvest – by just over a fifth on last year. Producers of the sparkling wine from the eponymous French region, like Pernod Ricard, which makes Mumm, or LVMH, which makes Moët & Chandon, are likely relieved, but it’s probably not the end of their woes.

Champagne houses may see bubbly consumption fall by as much as a third this year. They not only miss out on sales but risk seeing their brands devalued if prices fall too close to ordinary fizz. Persuading producers to leave grapes on the vine is therefore critical. Yet the pressure on demand is likely to persist even after lockdowns ease: the world economy may stay sluggish, and bars and restaurants, where people consume a lot of premium tipples may not be so popular. Despite Tuesday’s deal, the champagne industry has little to celebrate. (By Dasha Afanasieva)

Check your privilege. Canada’s Finance Minister Bill Morneau resigned on Monday – a move markets met with a collective shrug. He had disagreed with some of Prime Minister Justin Trudeau’s more liberal fiscal policies and parts of his green agenda. Indeed, many economists are forecasting a double-digit fiscal deficit this year – the country’s largest in the post-World War Two era. But the loonie barely budged against the U.S. dollar.

Compare this to Brazil. Two of Economy Minister Paulo Guedes’s special secretaries resigned last week, after complaining about the slowness of economic reforms. Guedes isn’t planning to resign, sources told Reuters, but then again, he’d also cause more chaos than Morneau if he did. The exit of the market-friendly economist would probably send Brazil’s currency, the real, above 5.9 to the dollar – the level it last touched in May when investors seriously fretted about his exit. Finance ministers in wealthy developed nations have more room to pout – or check out. (By Anna Szymanski)

University of Not Caring. Public institutions are doing a little bait-and-switch. The University of North Carolina at Chapel Hill, America’s sixth best public university according to U.S. News and World Report, shut down in-person learning only a week after classes started following several Covid-19 clusters. The school’s chancellor, Kevin Guskiewicz, said in a letter that UNC had “not taken this decision lightly,” though noted that it had always said it may amend opening plans.

Like some other higher-education institutions, one thing the school hadn’t amended was the deadline for payments for the privilege of hitting the books. In late July UNC said fall bills were due on Aug. 17 – the same day it decided to shift to remote classes. The campus newspaper’s editorial page said “We all saw this coming.” Perhaps UNC’s gatekeepers did, too, but they rang the cash registers first. (By Lauren Silva Laughlin)

Trial run. CanSino Biologics is the first to win patent approval from Beijing for its Covid-19 vaccine, according to state media – a small but symbolic milestone in the race to cure the disease. The intellectual property will be valueless if the vaccine flunks late-stage trials, which haven’t started yet, but the Hong Kong-listed shares of the pharmaceutical giant popped on the news, and are up around 270% year-to-date. The Tianjin-based company, now worth $3.8 billion, has fresh funds from a $743 million August offering in Shanghai to throw into the fight.

The World Health Organization’s draft list of candidates includes many from the People’s Republic. CanSino’s peers Sinovac and Sinopharm are already moving to test overseas. If one of them is first to the cure, it would be a propaganda win for Beijing, given its policy support for domestic drugmakers, and a chance for it to buy goodwill abroad. (By Sharon Lam)

Building bluster. Persimmon is popping open the champagne in the eye of a storm. The 9 billion pound UK housebuilder reinstated its dividend on Tuesday despite its half-year pre-tax profit falling 42% to 292 million pounds. Chief Executive Dave Jenkinson reckons the second half is looking encouraging with average weekly private sales since July up 49% year-on-year. Its shares, which rose 5% on Tuesday, are up 2% since the start of the year, erasing most of the losses from the Covid-19 crunch.

The housing market could soon hit choppy water. The UK’s already sickly economy will face a double blow as the government unwinds its employment support scheme, and the country’s exit from the European Union starts to bite at the end of the year. Moreover, the boost to demand from a holiday on property purchase tax, which expires in March, will soon fade. Battening down the hatches may be a better strategy than splurging on a 130 million pound dividend. (By Aimee Donnellan)

Sensitive saga. So much for neighbourly support. Sweden has denied a state credit guarantee to the local unit of Norwegian Air Shuttle, the low-cost carrier that Oslo bailed out in May after creditors agreed to a $4.3 billion debt for equity swap. Stockholm’s stinginess might have more to do with future competition than Norwegian’s past indebtedness.

Admittedly, Sweden’s stated reason for rejecting the support does have wings. Even before the coronavirus struck, Norwegian was in trouble, saddled with $8 billion of debt after expanding too aggressively across the Atlantic. But Oslo’s $292 million rescue hopes to resurrect Norwegian as a focused regional carrier. That sounds remarkably similar to SAS, the Stockholm-based airline that got $1.5 billion of state help from Sweden and Denmark in June. Nor is Norway short of its own cash. Its sovereign wealth fund is worth nearly $1.1 trillion. That’s more than enough to avoid borrowing from next door. (By Ed Cropley)

Bottles of French Moet & Chandon champagne are offered at a supermarket of Swiss retail group Coop in Zumikon, Switzerland December 13, 2016.