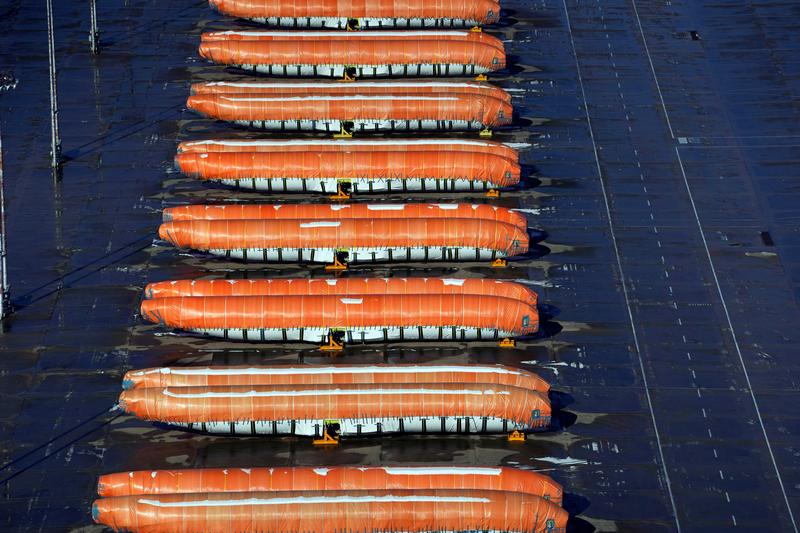 – Not the best slice

Shrinking pie. PizzaExpress, the UK restaurant chain taken over by Chinese private equity group Hony Capital in 2014, on Tuesday agreed restructuring terms with key bondholders. The group was already in trouble before the coronavirus forced it to shutter restaurants, further draining cash.

Creditors are taking a hefty slice. Holders of PizzaExpress’ 465 million pound senior secured notes will be left with a new 200 million pound bond and be handed 63% of the group’s equity. Another 35% will go to providers of a new 144 million pound super-senior loan facility. The 200 million pound lower-ranking bonds, dubbed senior unsecured, will get just a 1% sliver of equity. Hony Capital also gets a 1% stake, but also walks away with the group’s Chinese restaurants. PizzaExpress still has to cope with a sickly UK economy, Brexit, and fears of a second virus wave. Even with the lower debt burden, it’s not a terribly appetising meal for creditors. (By Neil Unmack)

Flying omelets. The pandemic is a stunning example of how the aerospace business – both planes and the companies that provide the parts – is subject to busts. Spirit AeroSystems, which makes fuselages and other parts, said on Tuesday second-quarter revenue fell 68% and unveiled a hefty operating loss. Things will get worse from here. These figures don’t reflect recent production cutbacks at Boeing and Airbus. Spirit has lost three-quarters of its market capitalization this year.

Spirit may be worse off than others because it has so many eggs in so few baskets. The 737 MAX will represent roughly half of the company’s revenue when demand recovers, Jefferies estimates. In contrast, TransDigm, another supplier, said on Tuesday its revenue only dropped by a third. While its commercial airplanes business was hit hard, the company’s defense, helicopter and private jet operations cushioned the blow. Specialization may be the rage among investors, but when firms put all their eggs in a few highly risky baskets, it risks creating an omelet. (By Robert Cyran)

Zooming out. Zoom Video Communications, which is enjoying a pandemic pop that has pushed shares up nearly 300% this year, will shift to a “partner-only” model in mainland China starting on Aug. 23. The move to suspend direct sales to mainland China-based users comes months after the $76 billion company temporarily closed U.S.-based Chinese activists’ accounts when they held an event commemorating the 1989 Tiananmen Square crackdown using the tool. The new business model might resemble one tested by Skype, which launched a compatible Chinese version of its software, operated by a Chinese entity, while providing overseas users unmonitored and uncensored versions.

The White House has already squeezed Beijing-based ByteDance to divest video app TikTok, or see it shut down. Given the trajectory of relations between Washington and Beijing, it behoves San Jose-based Zoom to distance itself from the People’s Republic, where it has a limited sales presence and faces massive competitors like Alibaba and Tencent – and quickly, too. (By Sharon Lam)

Losing its spirit. Diageo has gone from being the darling of investors to disappointing them. The 64 billion pound maker of Johnnie Walker and Smirnoff on Tuesday said organic net sales fell 8.4% to 11.8 billion pounds in the financial year that ended on June 30. It also said operating profit declined 14.4% over that period.

The 6% share price drop triggered by these results means Diageo is trading at 23 times forward earnings, compared with smaller peer Remy Cointreau’s 57 times multiple. Still, Diageo’s results also pointed to some strengths. With more people drinking at home, U.S. revenue fell only 1% in the six months to June. Diageo’s recommended final dividend is also 2% higher than in the previous year. Granted, Diageo has a lower exposure to China than Remy, which justifies some of the widening valuation discount. But the selloff may be going too far. (By Dasha Afanasieva)

Mending fences. Covea is making up for getting cold feet on a $9 billion purchase from Exor. That deal collapsed in May after the French insurer tried to lower its March cash offer to buy PartnerRe from the Agnelli family’s investment vehicle. The two companies have now found a constructive way to put any bad blood behind them.

The two companies said on Monday that cash-rich Covea will invest a total of 1.5 billion euros, half in future opportunities alongside Exor and half in dedicated insurance vehicles managed by PartnerRe. The agreement averts any risk of costly and time-consuming legal sparring. It is also likely to generate fees for the Agnellis’ holding. As Exor-controlled Fiat Chrysler Automobiles prepares to merge with the maker of Peugeot cars, it’s doing a good job of building bridges with another large French company. (By Lisa Jucca)